Season 6 for the hit Bravo series, Real Housewives of New Jersey, or more commonly known as “RHONJ” has swung into full effect! As some of the original cast members have returned yet again for another season, the show has also welcomed a few new cast-mates. This season, the producers of the show have recruited a set of feisty twins as well as an overly-emotional lawyer's wife to join the “RHONJ” cast. Oh, and how could we forget to mention that Caroline Manzo's sister, Dina has rekindled her Jersey flame by rejoining the cast after leaving the show a few seasons back! So far, this season, Dina has portrayed herself as a lonely old cat lady who is desperate for a man. She might be bringing back the "zen", but she certainly has not been bringing any entertainment this time around.

Next, we move on to Teresa Giudice. Yes, there are many Team Teresa fans out there, but honestly, how much of Teresa "staying strong" this season can we tolerate. We want juicy details about her ongoing court case and possible prison sentence! We get it that Theresa is a strong woman who loves her family, and this is why we love her so much, but honestly, we've had enough. Sure it is nice to see that sister-in-laws Teresa Giudice and Melissa Gorga have been actually getting along this season, but now we are just plain old bored. We miss the cat fights and family brawls! Producers, please stir up some new drama between these two! Melissa Gorga's role this season has not changed much. She is a glamorous beauty queen who continues to have her riches "on display". I guess her singing career was short-lived.

This season, we are introduced to Amber and the twins, Teresa (emphasis on the -ESA in her name pronunciation) and Nicole. Producers really dropped the ball on this one! Two obnoxious twins and a lawyer's wife? Really? The twins may be cute, but honestly, they bring nothing new to the Italian table.  Teresa is a restaurant owner and highlights her struggling marriage with her on again-off again husband, Reno. That’s it. And as for her sister Nicole, so far, all we have witnessed is her blossoming relationship with her boyfriend Bobby. This spells boring! However, there was an attempt to bring some drama to the series by introducing an explosive story about the twins' mother having relations with Teresa's husband, Reno. This is simply creepy. As the season unfolds, it seems unlikely that we will ever find out the truth about this disturbing piece of news anyway, so who really cares?

Aside from prying into everyone’s business, and bringing minimal drama, Amber's role is lacking that Jersey fire! We actually feel bad she has to deal with that pompous husband of hers, Jim. On a positive note, I will give her points for being strong throughout her health issues and ongoing struggles. She is definitely a positive role model for all of the cancer survivors out there, and for this, you go Amber!

It seems that since day one, the producers of The Real Housewives of New Jersey have been playing musical chairs with these cast-mates, and they just cannot seem to get it right! The new members of season six may not have been the best choices, but we can all agree that these ladies are a better choice than having Caroline and Jacqueline on the show! We suggest to bring back Danielle Staub and recruit Rosie (Kathy's sister) to the crew! Although millions of viewers have been tuning in to watch the “RHONJ” each season, the ratings for season six have definitely plummeted, but we are still keeping our fingers crossed for an improved season seven! 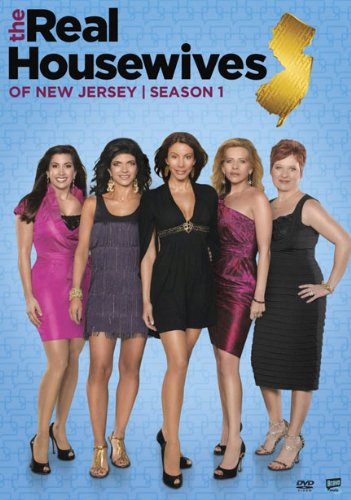