Penny-Farthing to Training Wheels: The History of the Bicycle

According to the Meririam-Webster online dictionary a bicycle is “a vehicle with two wheels tandem, handlebars for steering, a saddle seat, and pedals by which it is propelled; also : a stationary exercise machine that resembles such a vehicle.” [1]  Keeping the definition in mind, how did the modern day bicycle evolve from its early renditions?

The actual beginning of the bicycle is up for debate.  Until a few years ago, historians believed the bicycle was invented by father and son, Pierre and Ernest Michaux, who were French carriage-makers. However, this information was unverifiable.  Also debatable was the theory a pupil of Leonardo deVinci sketched a bicycle in the late 1400s.  Equally in question was the contention Comte de Sivrac developed a célérifère in 1791.  The célérifère was reported to have had two wheels set on a rigid wooden frame and no steering. Instead, steering was accomplished by leaning and propulsion was accomplished by the rider’s feet pushing it along.  Though no two-wheel célérifère existed, a four-wheel version did indeed make an appearance in Paris.[3]

The first bicycle verified was invented by German Baron Karl von Drais in 1817.[3]  He patented the design in 1818 and it was a commercial success. It had two wheels, was steerable and made almost completely of wood.   It had no pedals, but was propelled by the feet pushing it along.  The contraption was called the laufmaschine, German for “running machine,” and nicknamed the dandy-horse or the hobby-horse.  Later, French photographer and inventor, Nicephore Niepce called it the velocipede, which is Latin for “fast foot.” [2]

The velocipede was manufactured in Germany and France and used primarily in Western Europe and North America.  After increasing numbers of accidents, the popularity of the velocipede waned and some cities even prohibited using it.  Denis Johnson of London picked up the concept of the contraption and in late 1818 advertised it as the “velocipede,” though people still tended to call it the hobby-horse or the dandy-horse.[3]  Due  in part to Johnson’s marketing, the velocipede became the craze in the summer of 1819.  The craze died out the same year.  However, the design was the foundation for the modern day bicycle.

The Tricycle and the Quadracycle

Between the 1820s and 1850s, there were many developments of human-powered vehicles with most of them using the early design of von Drais.[3]  Tricycles and quadracycles came in a variety of designs with all using pedals, treadles and hand-cranks.  However, the designs were flawed because they had high weight and rolling resistance.  Finally in the 1850s Willard Sawyer manufactured a range of treadle operated quadracycles which were successful worldwide.[3]

Modern tricycles or trikes as they are commonly called, are of varying designs depended upon whether it is a vehicle for a child or an adult.  Trikes usually have one front wheel and two rear wheels.  Adults who find it difficult to balance a two-wheel bike often move to the three-wheeled trike.  Typically, children start with a trike from about ages 2-4 and then move to a bike, often starting with training wheels attached to the back wheels.  The difference between adult and children trikes is the adult trikes usually have a gear-drive with multiple speeds and front and rear brakes, while a child’s trike is usually direct drive with no brakes.[3] 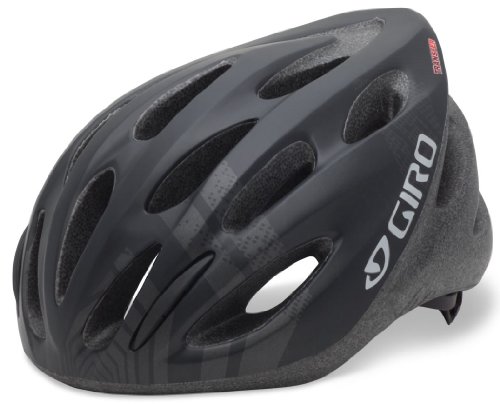 History of the Bicycle Moving into the 1860s

In 1839, claims were made a treadle powered bicycle was invented by Scotsman Kirkpatrick Macmillan.  A similar machine was reportedly produced by Gavin Dalzell of Lesmahagow, circa 1845.  However, no records exist either of these claims are true.  The first documented producer of the treadle bicycles is credit to Thomas McCall of Kilmarnock in 1869.  His design was inspired by the French Lallement/Michaux type which was a front-crank velocipede.[3]

Credit: photographer unknown, Source: Wikimedia CommonsLallement and Michaux designed the first highly popular and commercially successful bicycle.[3] There remains much debate which of the men actually designed the first pedal-powered bicycle.  Historians do agree the first pedals were attached to the front wheel by a French metalworker in 1864.[3]   Metal instead of wood was used for the frame of the bike which greatly reduced the weight and increased the ease of manufacturing the bike. Having the pedal attached to the front wheel, however, made steering difficult and the rotational speed of the wheels was limited and the rigid frame made for a jarring ride.  Thus, the bike earned the nickname “boneshaker.”[3]

The Franco-Prussian war of 1870 closed the market for the velocipede in France.  Also by 1870, its popularity in the United States ended.  England was the only country where interest in the Lallement/Michauz designed bicycle stayed.

The Next Phase in the History of the Bicycle

The next design for the bicycle was the “penny-farthing.”  This design increased the rotational speed by increasing the size of the front wheel and reducing the size of the rear wheel. The frame was also made lighter.  Frenchman Eugene Meyer is considered the inventor of the “high bike.”[3]  He also invented the wire-spoke tension wheel in 1869.

James Starley in Coventry, considered the father of British cycling industry, added tangent spokes and a mounting step to his penny-farthing, famously known as “Ariel.”[3]  Under his tutelage, ball bearings, hollow-section steel frames and solid rubber tires became the standard.   This type of bicycle was dubbed the ordinary bike and was nicknamed penny-farthing in England as a penny represented the front wheel, and a coin smaller in size and value, the farthing, represented the rear wheel.[3]

Though these bikes were quite popular; they were also unsafe.  Because the rider was so high up, it was easy to be thrown over the front wheel if a bad patch in the road was hit.  In addition, the rider’s legs were often caught underneath the handlebars which prevented him from falling free of the bike.  Because of this risk in riding the bike, it was more prominent with young gentlemen.  Others rode tricycles or quadracycles with the same design.  Women’s attire made riding the ordinary bike unacceptable and they resorted to the tricycles as well.  Queen Victoria owned Starley’s “Royal Salvo” tricycle, though there are no indications she ever actually rode it.[3]

How to mount and ride a penny farthing

The invention of the safety bicycle is considered by many to be the most important change in the evolution of the modern bicycle.[3]  It was this change that brought us closer to the modern day bicycle and made the machine accessible to women riders.

In 1885, John Kemp Starley, the nephew of James, designed the first "safety bicycle" called “the Rover.”[3]  It had a steerable front wheel, an equally-sized rear wheel, and a chain drive to the rear wheel.  By 1890, the safety bicycle had completely replaced the penny-farthing in North America and Western Europe.  In addition, John Dunlop reinvented the pneumatic bicycle tire in 1888 and frame designers started using the diamond pattern.[3]

The safety bike improved four key aspects: steering, safety, speed, and comfort.  The bike became extremely popular among the upper and middle classes of North America and Europe and because it was suitable for women; it became extremely popular with that population.  The impact on women was tremendous as the bike gave them more freedom and mobility. This time in the history of the bicycle became known as the “golden age” or the “bicycle craze.”[3]  By the 1900s, not only had cycling become an important means of transportation, it also became a popular form of recreation in the United States.

Adolph Schoeninger, a Chicago immigrant, started producing bikes using a stamping process which significantly cut the cost of production and in turn, prices.  The Crescent bike he manufactured was affordable for working people and was massively exported to Europe, thus lowering the costs there as well.[3]

The 20th Century and into the 21st Century of the Bicycle

Riding bicycles steadily grew in popularity and importance in Europe in the beginning decades of the twentieth century.  In the United States, the popularity dropped drastically between 1900 and 1910 due to the prominence of the automobile as the preferred means of transportation.[3] Bicycles grew to be considered children’s toys and thus by 1940 most bicycles in the United States were made for children.  In Europe, bike riding continued to remain a popular choice of adult activity. 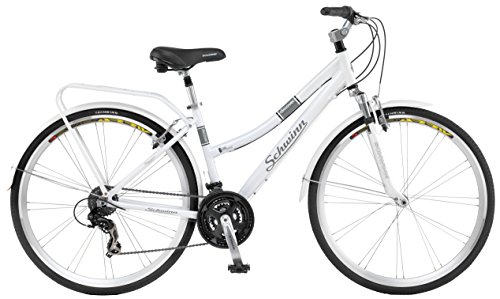 Bicycle designs evolved according to the needs of the riders.  In 1960, bicycles regained popularity in the United States as the population became more aware of the need for exercise

Credit: photo by Mikel Ortega, Source: Wikimedia Commonsand energy conservation.  In the 1980s the craze for the European based 10-speed bikes reached a peak in the United States.[4]

As riders have demanded new designs, BMX, mountain bikes, racing bikes, and recumbent bikes have all made their way onto the streets of America.  Sting-ray handle bars gave way to racing handle bars and seats are streamlined for maximum comfort.  Stationary bikes are prominent in gyms and living rooms.  Since 2003 over eighteen million bicycles are sold annually in the United States.[4]

The copyright of the article Penny-Farthing to Training Wheels: The History of the Bicycle is owned by Cheryl Weldon and permission to republish in print or online must be granted by the author in writing.

Learning to ride a bicycle