For Halloween or Internet Meme

These masks can cause a stir anytime of year!

Animal masks have taken on a new life with the Internet. Something that was once religated to goofing around on Halloween night has become a big thing when creating Internet memes and viral videos. How in the world did this catch on?

Maybe it's the realness that gets people? Or the slightly strange, yet "can't stop watching" aura that wearing an animal mask while doing an everyday activity creates? Maybe it's just about the weirdness and randomness?

However you see it, it's hard not to stare in disbelief when you see one worn, and that's what makes these animal masks so very cool. As Halloween masks, they are one of the few things that you can do that's sort of an instant easy costume. Pair an animal mask with a suit or some other everyday clothes, and you've got an instant Halloween photo opportunity that nobody can pass up.

That disturbingly photogenic quality is what gives these masks year-round appeal too. Want to create a conversation starter? Want to make an Internet viral video, meme, or photo bomb in the weirdest way? Want to take your flash mob experience to a whole different level? Or are you just interested in getting some quick laughs? Animal masks are awesome at all of these things. Just take a look at one of the many Harlem Shake viral videos on YouTube to see what I mean.

Five of the most awesome--and granted, strange--animal masks are below, along with some fun ways that you can use them to become the life of the party, both online and off.

The most popular of them all 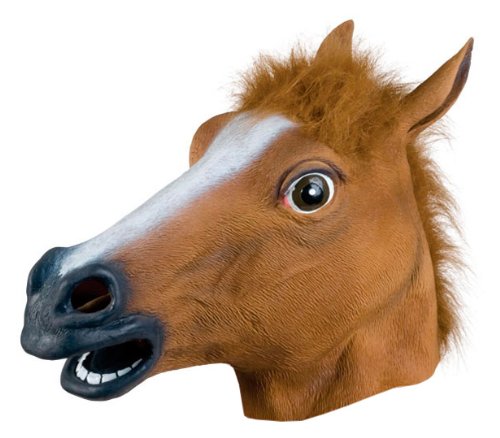 Horses are some of the most beloved creatures around. There is so much mythology surrounding hybrid man/horse creatures, from the famous centaurs with a horses body and a man's head to the comical A Midsummer Night's Dream where the character Bottom has his head transformed into one of a donkey.

Maybe it's because I'm a Shakespeare buff that I am just transfixed by this mask in action. It's show stopping, sort of disturbing, and yet totally the stuff of what dreams are made. People have taken many a disturbing, yet wonderful photos of themselves wearing this mask, and of course there are more than a few viral videos (take a look at one below). 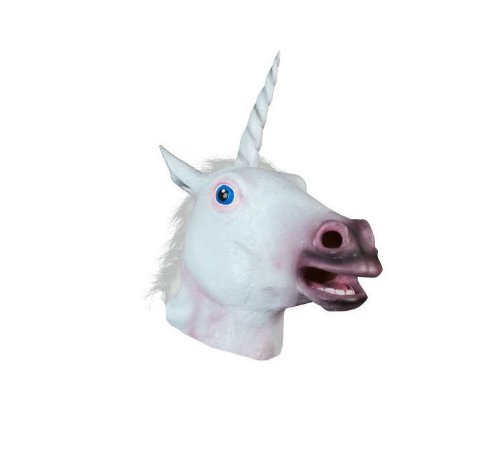 OK, so this isn't a real animal, but who doesn't want unicorns to exist? Doubtful any of you since you're reading an article on weird animal masks as it is. You are ready for strange things to happen.

Strange things will happen when you don this mythical head. When you want your Halloween night or viral video to take on a total surreal feel, this is the mask to turn to.

So cute it's bound to cause a stir 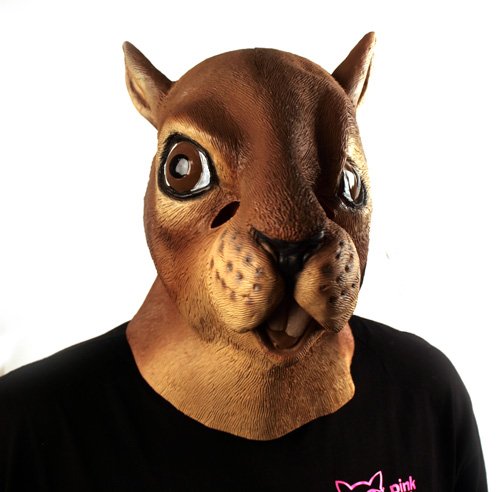 When an animal mask is so cute it starts falling into Disney territory, then you know there's an awesome opportunity for some Halloween hijinks. People don't expect tricks from the cute little squirrel. This is the local tree climber after all, not some troublesome animal that disturbs the peace.

All kidding aside: This is a fun mask to pair up with something a little more scary at Halloween.  But remember it's all for fun, no scaring the kids too much people. It's also an awesome animal mask for creating a scene outdoors. If you're looking for awesome photo opportunities, try scouring for nuts with this on in a local park.

You can really "ham" it up with this one 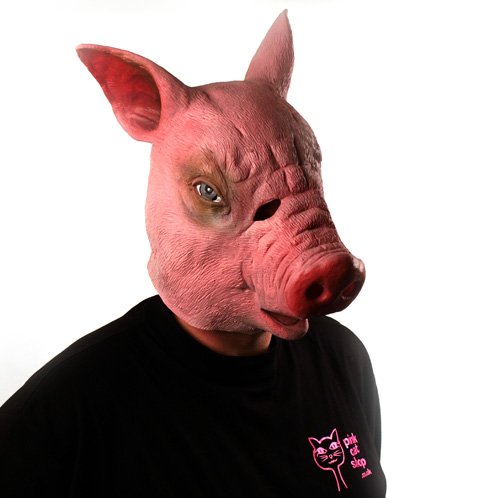 Get ready to squeal with delight when you don this pig mask. It's that realistic looking, and, like the others, more than a bit strange. It's not as cute as the other masks, but really can pigs compete with horses, unicorns, and squirrels in the cute department? I think not. Unless you're Wilbur the pig from Charlotte's Web. But what it lacks in cuteness, it makes up for in opportunity. There are so many pig metaphors in politics and business that are just ripe for some crazy photo memes.

Points for being the only bird on the list, and my personal fave 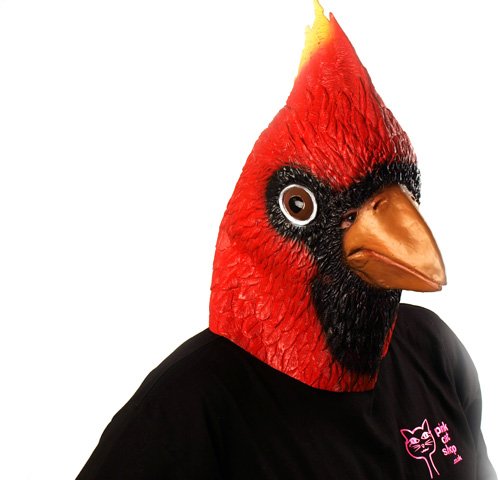 If you are color flashy, it's hard not to pass up going totally bird-crazy with a cardinal mask. This is my personal favorite of the bunch. There's something so very crazy about it (it's a big bird y'all), and yet it's pretty cool to look at. I've always loved those cardinal colors, so maybe this is in my Halloween future!

These Are No Ordinary Masks

Seriously, for all of the strangeness of these animal masks, how can you not love them somewhere deep down? It's like they are ripped from surreal dreams. How much fun is it then to bring those dreams to life on Halloween or capture it in photos and video? No wonder people have such a good time playing around with animal masks no matter the time of year.