Special Feature Find Out How to Make a  (Fairly Significant) Online 'On-the-Side' Income through Writing
InfoBarrel is a writing platform for non-fiction, reference-based, informative content. Opinions expressed by InfoBarrel writers are their own.
InfoBarrel > Technology > Computers & Tablets > Software

The Intel Core 2 Quad Q6600 can take a computer to a whole new level of performance. In fact, many people have found that they get a few more years out of their old computer by upgrading since the extra power allows the machine to multitask better. If you are trying to decide if this quad-core processor is a good fit for you and wondering where to get the best price, here is what you need to know.

It is possible to upgrade a computer from Core 2 Duo to the Core two Quad Q6600, and if you make this move it is very likely that there will be a noticeable improvement in your computer’s performance. The Quad-core processor has been found to even double the CPU speed based on speed tests by some users. While your results may vary, this is very encouraging news for computer owners looking to get a speed boost with an upgrade. 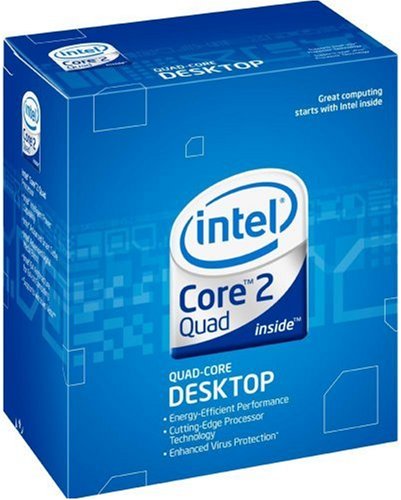 There is a score called the Windows Experience Index included with Windows that attempts to show how performant your computer is based on current hardware. To check yours, go to the Control Panel and select the Performance Information, or Windows Experience Index link. There, you can see your current score on a range of topics. The overall score will be limited to the lowest of any category. While this score is dependent on many factors, some of the components can be directly improved by the Q6600. Processor and RAM scores, for example, have been found to be dramatically improved from just over 5 to 7 or more. That is an impressive improvement.

Upgrading More Than the Processor

The nice thing about the Core two Quad Q6600 is that it may be installed in many computers with no other upgrades needed whatsoever. It is always a good idea to update BIOS when adding a new processor, but most users found that their current RAM and motherboard worked like a charm by just replacing the processor and booting up. It’s a socket 775 chip, so it should be no problem for machines that accept that spec.

The Q6600 used for cost much more than it does today, but now you can easily find this high-performance component for much less. Of course, computer stores or electronics stores may very well carry it, but a real deal or sale at these locations is rather unlikely, if you can even find it. A better bet is to look at online retailers like Amazon.com for Core 2 Quad Q6600 deals. You can find savings of 20% or more this way, and without leaving the house.

With an upgrade from a dual-core processor to a quad-core processor like the Q6600, you really can extend the life of a computer that otherwise may not perform up to the level you require. That can save you some money if your current machine is otherwise in good shape, but you’d like it to move a bit faster or allow it to handle Windows 7. The Core-2 Quad Q6600 is a great way to give your current machine a shot in the arm, and with the best price available at Amazon, this speed upgrade is much more affordable than buying an entirely new computer.

Also, if you have any questions, comments or concerns regarding the 'Q6600 best price' then please do not hesitate to make them in the comments section just below and we will be sure to get back to you as soon as possible.