If you like spooks and various other paranormal entities, then you are probably a huge fan of the horror genre of every media. So why not watch some horror anime? The horror genre of anime tends not to be particularly scary, but it does have lots of interesting dark plots. No more of that happy fluffy bunny romantic anime plot or those lazy school day plots. Though lazy school day plots are not to be confused with the anime School days, that anime is hardcore.

If you are interested in watching more horror anime series, why not try some of these gems?

I have also provided recommendations for horror manga as well, most of which have very decent animes as well. However, for the sake of variety, I have left them off this particular list.

High School of the Dead

High School of the Dead adapts the classic zombie plot. During and average day at an average Japanese high school, the dead begin to rise as zombies around the world. A few students and a school nurse band together to escape the school and survive the zombie plague. They set out to discover who let this lethal plague loose on the world and to survive both the living and the dead.

If you are a fan of AMC's The Walking Dead but thought it needed more hot chicks showing off what God gave them, then this is the perfect show for you. High School of the Dead is a decent anime and had a lot of promise to be a great zombie survival anime, a genre of anime that is really non-existent. They kind of mucked up the plot by providing too much fan service. If you are new to the term "fan service" it means there are a lot of scantily clad chicks running around. If you can look past all the busty chicks, there is quite a lot of good zombie killing action. 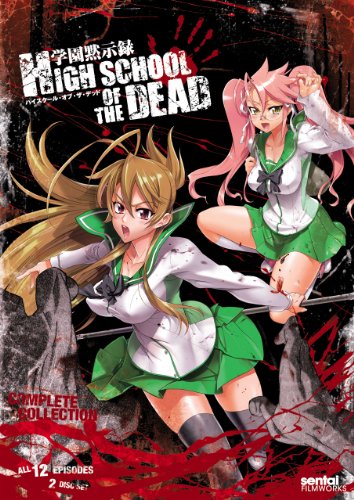 Guts is a young mercenary that wields a sword as big as his young body. After a battle he encounters the charismatic leader Griffith of the fabled Band of the Hawk mercenary group. After losing a duel to Griffith, he joins his mercenary group. Their mercenary band is driven by a need for social status and makes all the armies of Midland quake in fear before them. The path that Gutts and Griffith set in motion is one that will bring the world to its knees.

Berserk is as classic a horror anime as ever. The Berserk anime series will allure you with plots within plots and blood drenched action scenes. The ending of the anime will literally leave you speechless for at least 20 minutes. It is the most utterly devastating anime ending you will ever see. Not to give anything away or anything. 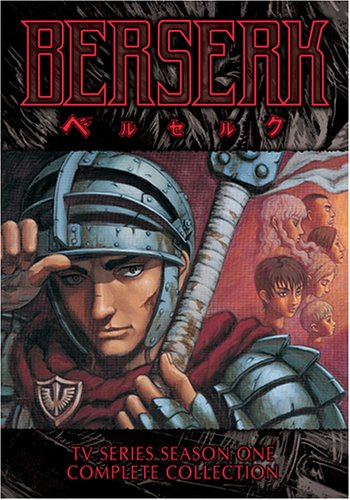 After moving into the quiet town of Hinamizawa, Maebara Keiichi spends his days blissfully in school often playing games with his local friends. However, appearances can be deceiving. One fateful day, Keiichi stumbles upon news of a murder that had occurred in Hinamizawa. From this point on, horrific events unfold in front of Keiichi, as he soon learns his close friends may not be all that they seem.

Don't be fooled by these adorable looking little girls. They are crazy and deadly. I personally think the cuter the characters in a horror anime, the more fun it is. Higurashi is indeed a fun romp through the horror genre, though it can be horribly confusing sometimes. The plot also tends to move at a sluggish pace too, but when you get to the horror, it is just...horrible.

Hellsing follows the blood-drenched adventures of the anti-hero vampire Alucard and the police girl her sired named Seras. These two vampires work for the Hellsing Organization which works as a vampire extermination organization in Britain. During their adventures they fight werewolves, Nazi zombies, and of course vampires of all kinds.

Hellsing, like Berserk, is a classic horror anime. It is really the go to anime for horror really. Hellsing is the anime that makes vampires not look like creepy sparkly pretty boys like Twilight or Vampire Knight. Hellsing is a twelve episode series that gets the gist of what the manga set out to do, but it soon dissolves into filler content that was not present in the manga. Thus Hellsing Ultimate was born. If you are a fan of the Hellsing manga or want to experience Hellsing as it was meant to be experienced, Hellsing Ultimate is what you want to watch. Though the original Hellsing is not a bad anime to sit down with if you are not familiar with the manga, but it lacks Pip. 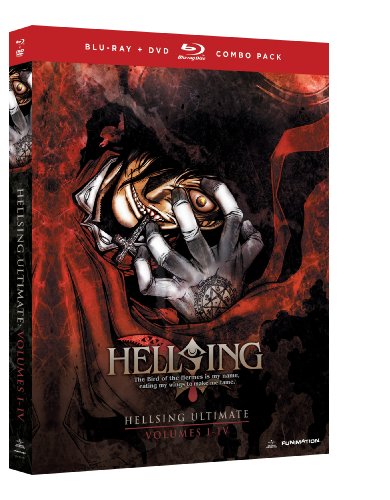 Throughout the passage of time and the shifts in backgrounds, a particular war continues to leave its mark on history, extending its influence into the modern world. There are two major groups involved in the ensuring war. The first group consists of monsters known as Chiropterans who can change their appearances into that of human beings. They are actually immortals who feed on the blood of the living. The second group is an organisation known as the "Red Shield", formed to track down these monsters and exterminate them. Otonashi Saya is a high-school girl who lives a peaceful life with her family. The only problem is, she has no recollections of her life beyond that of the past year. However, her happy life will be destroyed by an event that will lead her to her destined fate.

Like a lot of horror animes, Blood+ can be hard to get into. Mostly because the plot can take forever to get to the good part. Though with the slow plot, the horror is a nice slow burn as the plot thickens. If you are into awesome action scenes for your horror anime, all you have to do is wait till the end of the anime. When Saya gets to her final task, the battle become pretty epic.

Devil May Cry follows the dashing badass named Dante. He is a demon hunter that runs his business called devil May Cry which is charged with slaughtering all things related to demons. Along with his trusty sword named rebellion and his twin pistols Ebony and Ivory, Dante brings the pain to all things that go bump in the night.

If you couldn't guess, Devil May Cry is indeed based off the Devil may Cry video game series. Unlike Devil May Cry 1 through 3, the Devil May Cry anime if F%#@ing beautiful. There is plenty of demons and slaughter to make this a perfect entry into the horror genre, but honestly it is worth watching just for a beautiful use of animation. 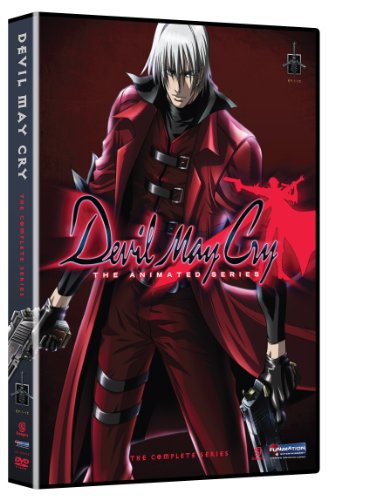