The worst has happened, and you dropped your old cell phone and now it ceases to work. Unfortunately, you no longer can accept any calls, but look on the bright side, now you get to buy a brand new phone!

When it comes to cell phones, the biggest hit is Apple's iPhone. Over the years, the iPhone has gone through a lot of changes resulting in a quality product that everyone wants. Today, the two most popular options when looking for an iPhone are the, 5s and the 5c. Both phones share many similarities, but the difference in price points can make you wonder which phone is the better value. In this article we will discuss the pros and cons to both phones, helping you narrow down your decision.

It is important to own a cell phone that is sized right for you. both iPhones feature the longer vertical screen that was new to the older iPhone 5 model. As for size, the 5c is slightly larger (by hundredths of an inch), but the difference is hard to notice. However, the 5s is almost an ounce lighter than the 5c making it a slightly better choice.

You can get varying capacity with both the iPhone 5s and 5c. The iPhone 5c comes with a capacity of either 16GB or 32GB. The 5s has the same options, with an additional 64GB version available. Depending on your preference, the iPhone 5s appears to have the advantage here, but with ever increasing cloud storage and external hard-drive use, most would be fine with the 16GB version of either.

Battery life is important, and unfortunately for Apple, their phones seem to suffer from poor performance overall. In the case of the two phones, both have the same amount of juice: up to 10 hours of talk time or video playback, and 250 hours on standby.

Credit: http://assets.sbnation.com/iPhone's are known for their incredible speed and power. The best feature of the iPhone is that it works fast, and it works well. Freezing isn't common, and the phones can run multiple applications at the same time without any lag time. Both phones feature Apple's newest processing chips, however, the iPhone 5s has the better chips inside. With both an A7 chip, and a brand new M7 motion compressor chip, the iPhone 5s beats out the 5c's A6 chip. For some, this difference is of little importance, since both phones are quick and efficient. Unless you are running a lot of complex app's at once, either option will work fine.

For some, the way a phone looks is the most importance factor. Luckily, Apple is known for making sleek great looking products for any consumer. For these phones, the choice is a personal one. The 5c features more color options than the 5s, coming in white, pink, blue, yellow, and green, while the 5s is only available in silver, grey, or gold. the 5s, features a sleek metallic finish with sharp, square edges, compared the the 5c's glossy plastic backing with rounded edges. Of course, there is always the option of customizing your iPhone with it's own unique case, but in terms of customizability, the 5c comes out on top due to having more options, but in the end, both phones look great.

In most cases, the iPhone 5c and 5s are similar, but when it comes to extra features, the 5s is the clear winner. Both phones come with the Siri, the beautiful Retina display, equal wireless and cellular capabilities,  and can run the same applications. Depending on the use of your phone, however, the 5s has a few more tricks up its sleeve. If you have a need for security, the new and most interesting feature of the iPhone 5s is it's fingerprint ID sensor. using the home button, the user places their finger on the scanner to gain access to the phone. Apple has assured that the technology is safe and secure and that your phone cannot be broken in to. Additionally, If you use your phone often for taking pictures and video, and use them with apps like Instagram, VSCO, and Vine, both phones will suit your needs, but the 5s is the better choice. boasting a new slo-motion video camera, improved video stabilization, a better flash, and a burst mode, the 5s has everything a would-be internet photographer would need. It should be stated that the 5c does have a great camera, but if extra features are what you are looking for, the 5s is the winner.

Features aside, let's get to what is most important when buying a phone, the price. The base model of the iPhone 5s with 16GB of storage costs $719 CAD, while the 16GB iPhone 5c comes in at $599 CAD. For the lower price, the iPhone 5c is the victor.

Given it's lighter weight, faster processing power, and it's additional features, the iPhone 5s comes out as the better phone. But due to it's lower price point, the average consumer with little use for the additional features might want to buy them much cheaper iPhone 5c. In reality, both phones offer many of the same options and the decision ultimately lands on how you want to use your phone, and what your price range is. 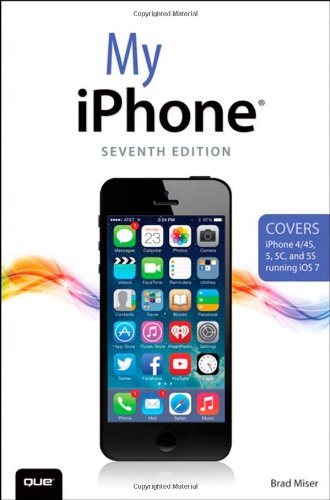