Looking for movie Halloween costumes this season? The movies are a rich source for Halloween costume ideas, especially those big sci-fi and adventure blockbusters that happen each summer. They are chock full of bigger than life characters, memorable looks, and over the top ideas.

Here are my five favorite sci-fi and adventure movie Halloween costumes for guys. These are the classics: To say they're well-known is an understatement. They've become part of our social conversation, and that makes dressing up like these characters a ton of fun. People know them, and you (or your guy) will have a great time acting out the roles on Halloween. 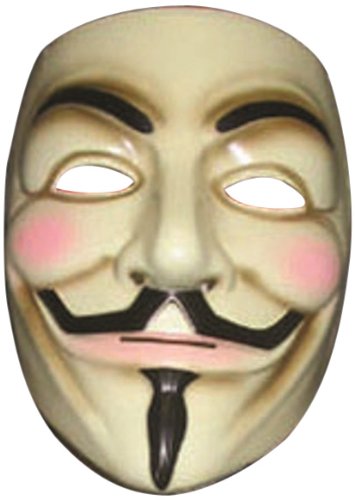 A classic comic book about a dystopian future and political upheaval makes for one awesome Halloween costume, let me tell you. The V for Vendetta mask has become a Halloween staple. It's cool, it's easy, and it's just slightly creepy. All work come Halloween night.

My suggestion: Buy the mask instead of the full costume options that you'll find around. You can pair the mask with black clothes you have sitting around your house to get close enough to the crusader's movie look without breaking your budget. This is a great choice for a quick costume for an office Halloween party or if you want to look good with little effort on Halloween night.

If you do decide to go for it in terms of additional accessories, the most important are the hat, wig, knives, and cape. In that order of importance, and all in black, but of course.

More popular than ever with the guys.

Credit: amazon.comWith the movie reboot that has occurred, Star Trek has taken on a new life. Beyond that, actually. These are mainstream blockbusters of the highest level. We've all become Trekkies, and that makes it really fun to dress up like a Star Trek officer on Halloween.

Typically, the Star Trek costumes that are sold are simply the shirt. That's just fine because the rest of the costume is rather simple. You can use many types of black pants and shoes to finish off the look.

The Star Trek shorts come in gold, blue, or red--each of course has its own meaning on board the Star Trek Enterprise. Gold is for command/bridge crew. Blue is for medical and science crew. And red is engineering and security. So before you buy that shirt, think about what branch you want to be portraying on Halloween night.

Star Trek is a fun movie Halloween costume idea to use with a group. Since there are so many color variants in shirts, it's fun to get a gang of friends together to pull together a crew for Halloween night!

Credit: amazon.comThere are few villains as creepy, and yet as human as Bane from 2012's The Dark Knight Rises. It's all about the mask. It's big, sinister looking, and yet so vulnerable. It seems like one big blow, and that mask--something that's keeping this villain alive--will crumble. That humanity mixed with Bane's just downright coolness makes the Bane mask a top Halloween costume for guys for many years to come.

Again, you can dress up in a full Bane costume, but the mask itself is where it's at. In fact, you could piece together the rest of the look, and everyone would still know exactly who you are. This makes this a fun look to transpose over unlikely clothing. At the office Halloween party, try the Bane mask with a suit. Or maybe on Halloween night, mix the Bane mask with a pair of silly pajamas. It's sort of like those popular animal masks that are around. Weird pairings just work!

Like Star Trek, Star Wars is a classic movie franchise that always supplies amazingly fun costumes for Halloween. The Jedi look is a simple, but classic one. The robe with hood screams Star Wars bad ass on Halloween night.

You'll definitely need to buy an accessory to complete this costume. No respectful Jedi would be seen without a light saber, and typically the costumes don't come with the accessories, so be sure to pick one up separately. Once you've got the pieces together, you're ready to fight the good fight just like Obi Wan on Halloween night. 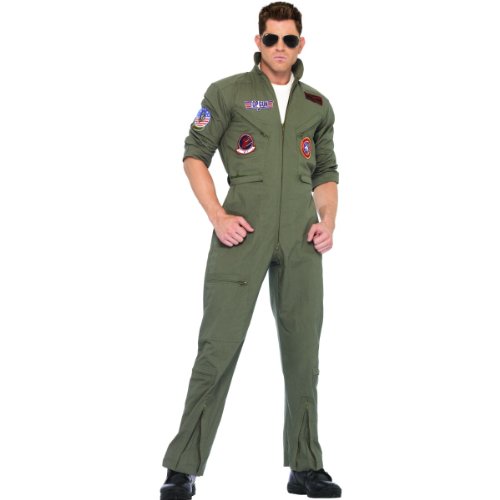 This has been a guy favorite for many years! Top Gun pushed aerial action to new heights back in the 1980s, and it still doesn't get old. It's a classic Tom Cruise movie. And Top Gun flight suits are a cool Halloween costume to this day. It goes beyond being one of the many classic movie Halloween costumes, it's something tha military buffs would love or anyone looking for a cool uniform costume for trick or treating.

For accessories, pilot sunglasses are a must to pair against the jumpsuit. It tops off that Top Gun look.

Movie Halloween costumes, especially adventure and sci-fi costumes, are hot choices on Halloween. If you're going there, make sure you go big. These are bold costumes that take some attitude to pull off. You've got it in you, so let the adventurer out on Halloween night. It'll be worth it for the memories!