For some dogs, like people, it is easy for them to stay skinny. They are demanding of their owners with their own activity and generally have top notch metabolisms. However, some dogs are not so much lazy but they just tend to put on weight easier than others. Fat dogs may seem cute, but they live significantly shorter lives. Owners with an increasingly fat dog will need to limit their diet and take them on more walks. Any dog can get fat without a controlled diet and regular exercise, but some are more prone than others. For owners that don't want to have to worry about their dogs packing on the pounds, they may want to skip these breeds or at least pay closer attention.

Beagles were originally bred to become scent hounds used for hunting. However, few dog owners use dogs for their original purpose. Today they are faithful companions who are great with cats and kids alike. A skinny beagle is also one handsome hound. However, beagles love to eat and they are extremely food motivated. This can ease training in the occasionally stubborn hound, but it is also prone to making them overweight. Beagles are energetic when given a task, but otherwise they tend to mellow out and wait for the next adventure. This lack of drive for exercise makes owners complacent to let the beagle sit around and do its own thing. This, combined with lack of food control, will make for one chubby puppy.

Beagle owners worried about their pooch getting fat just need to remember that they need a job. It doesn't have to be sniffing out drugs or dead bodies with police force, but simply strapping some water bottles into a doggie pack during their walk will suffice. As they are so food motivated, brain games that involve treats will also benefit the intelligent beagle as well. This makes them work for their snack or even their dinner. 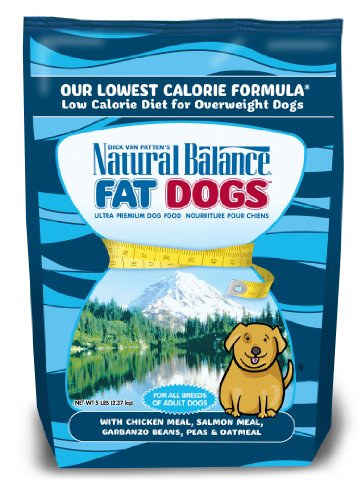 While somewhat similar in looks to the beagle, the basset hound is significantly less smart and job oriented. In fact, one of the few things they are good at rather than looking cute (albeit a bit sad) is eating. The basset hound makes for excellent family dogs because of this fact. They are more interested in eating and laying around than barking and biting. It is precisely the reason this dog is prone to obesity. It is generally disinterested in any exercise so not being proactive with their exercise routine and restrictive with their diet will let them pack on the pounds.

Dog lovers will rarely spot a basset hound that is skinny. They are actually one breed of lazy dog that is fit for a more active family due to the extensive exercise required to keep it skinny and healthy. However, for those with a dedication to long walks, the basset hound is one of the sweetest and most friendly dog breeds around. Basset hounds are great dogs, but super lazy.

The pug's naturally round body and silly behavior are all part of the breed's allure. However, if left unchecked, the pug's round body can get out of control. When this is combined with the pug's predisposition to a number of health conditions, it can be a real problem. Due to the pug's aesthetically pleasing smooshed nose, they tend to shy away from extended physical activity. Their noses limit air flow so they can have problems breathing when worked out too hard. The humidity and warm temperatures can be especially stressful for pug exercise because they have difficulties cooling down and the thick air also makes it hard to breathe. These conditions make it difficult for fat pugs to lose weight as fast as other dog breeds.

However, with frequent, but short, burst of exercise and proper diet control, a pug should never become too fat. They are a fun breed of dog and excellent for relatively lazy people that do want to get a bit of exercise. Nothing is a better motivator for fitness than keeping an animal you love healthy and happy.

Although the dachshund is one of the longest living dog breeds and can keep owner's company for a long time, they are prone to several health problems. The most obvious and common problem is spinal problems due to their long bodies. This common health problem is only made worse by their predisposition to gaining weight. With a bad back and short legs, a big belly is one problem that a dachshund doesn't need in its life.

Their cute little stubby legs make the dachshund adverse to exercise, much like the pug's nose. However, unlike breeds like the basset hound, they are not completely lazy pups; they just need a push to get going. The dachshund isn't fit for long walks, but regular short intervals of exercise will do wonder for them. As a note, the exercise route should not include much jumping or stair climbing as this exacerbates their weak backs. Unlike other fat breeds, the dachshund doesn't have a serious love affair with food but their eating still should be controlled. 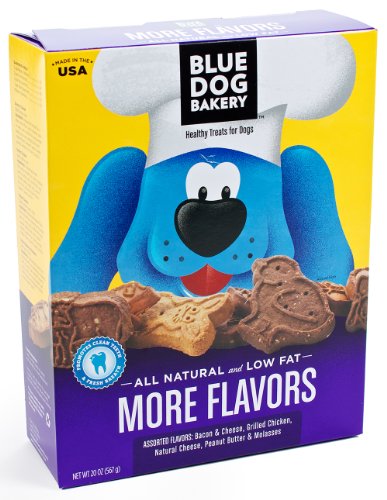 Surprised that the famous lab has made the list? While there are a number of sleek and slim labradors out there, they are an active breed and need activity. Unlike other active breeds, like the border collie for example, the lab doesn't act out or get destructive when they get too little exercise. This breed will just chill out until the next dog activity is presented. This relaxed attitude combined with a serious love for eating will quickly make the world's most popular dog breed into a rolly-polly.

Labradors don't do well entertaining themselves with play, so turning them outside for exercise is not likely to slim them down. Their intelligence has also led to them learning to open cabinets to get at food, so they need to be closely watched. However, with regular exercise and a closely controlled diet, the lab will stay lovely and trim forever. The best thing about the labrador retriever aside from their friendly attitude and intelligence is that they can lose weight quickly. These dogs were made to be active so once they are engaged in physical activity, they burn calories quickly. Labrador retriever owners that notice that their pup is getting a little chubby should be a bit more diligent in their exercise efforts and they will slim down with no problem.