By now, unless you have been living under a rock, you’ve heard of this insidious Pokemon Go app that has glued people’s faces to their phones like the beginning of some dystopian novel. However, whether you have never played a Pokemon game in your life or have literally caught them all, Pokemon Go isn’t your typical Pokemon game.

With virtually no tutorial, you are thrown into the app and let loose into an addictive and spiraling world of augmented reality. However, it is more than just catching Pokemon. There are a fair bit of things that Pokemon Go doesn’t tell you. Things that are really, really helpful to know before you run out of Pokeballs for the first time.

You don’t need to roam around town constantly looking for new PokeStops to hit. I mean, you totally can, but you don’t need to (and driving while catching mons is really not safe). PokeStops refresh about every five minutes. This means if you find a circuit of about four, you can walk around hitting them all in a constant circle to collect items.

If you don’t want to get a healthy dose of exercise, find that sweet spot in between two or more PokeStops so that you don’t need to move and just … read a book or something while they are on cool down.

The Same Pokemon Have Different Moves

All those Pidgeys are not equal. Yes, some may have higher combat power, but they also have different moves. Typically, you will see much of the same, but having a Pokemon randomly roll a rock-based move in an area where you don’t see many rock-based Pokemon can be a godsend. So, don’t let high CP be your only criteria.

You don’t need to keep all your Pokemon. In fact, you shouldn’t. You will just run out of space. Instead, try clicking that “Transfer” button, which sends them to the Professor that you met at the beginning. This effectively deletes that duplicate, which frees up space and gives you a singular monster candy of that type.

Playing While in Motion

When playing while in motion, you need to be quick on PokeStops. Even if you open them, you can quickly travel out of range before you can spin. Alternatively, if you battle a Pokemon while in motion, they will never become out of range on the battle screen. So if you are zipping past some mythical wild Garados, don’t rush that battle. You won’t go out of range.

Wondering how your friends have ridiculously high CP Pokemon while you have paltry little fighters? Take a look at their level. The higher a trainer’s level, the more powerful and rare Pokemon they will find. Of course, some people just get really lucky too. However, for the most part, if you want more powerful fighters, you need to put some serious effort into leveling up.

As your trainer levels up and you start to find those rarer Pokemon, you will need to start paying attention to the color of that ring that appears around them when you throw your ball. Green means they are easy to catch. Yellow is harder. Orange is even harder, and red means you are in for a tough battle. The harder it is means it is more likely to break out of your ball and flee, so use items to help with that.

You Can Toss Curve Balls

When you throw a PokeBall, if you give it a little swirl before throwing it, you can actually get better gains. Throwing curve balls at Pokemon gives you more experience and more stardust. So, before you throw that ball, put a little spin on it.

You Can Tilt Your Way to a Capture in Camera Mode

If you keep Augmented Reality Mode on while fighting monsters, you can actually reap more benefits aside from just seeing Pokemon sitting in strange places. In this mode, if you are about to narrowly miss a throw, you can actually tilt the camera so that the ball actually hits its mark. It takes a bit of finesse, but if can master it, it will save in the long run.

Egg Hatching is Tougher Than You Think

You landed yourself a cool 10 kilometer egg and are wondering what is inside. Naturally, because exercise is terrible, you try to drive the distance, but things aren’t really going very well. Unfortunately for you, you can’t effectively drive around and hatch your eggs. The app uses both your GPS and a pedometer to calculate your egg hatching. It actually slows things down if it catches you moving at high speeds. So no, the metric system isn’t trying to screw you over.

As a fun side note, things still seem to get calculate fairly accurately if you are on low speed devices like a skateboard or a bicycle. So as long as it is you-powered, you should be good.

You Get Stuff for Defending Gyms

Gyms aren’t just there for starting a tri-colored turf war in your hometown, you actually get stuff for having Pokemon defending your team’s gym. If your defenders are stationed there for 20 hours without being dethroned, you can collect stardust as well as PokeCoins that can be used to buy items in the shop. The more gyms you have defenders at, the more stuff you get.

How to find these items? Now there is something the app should have told you. In the shop, there is a little badge in the top right corner that will either have a countdown or text that says to collect now. Click it and that is where you can get your defender bonus.

If you are familiar with any previous Pokemon games, you may expect the battles that you engage in at gyms to be turn-based. You will learn quickly that they are not. You must tap furiously on your opponent, dodge their attacks, and fill a power bar so you can use your stronger secondary attack. This secondary attack can be used by holding down a finger on your opponent.

Pokemon Close By Can Be Summoned

While on the map screen, you can look to see what is nearby you. The distance is then shown by a number of foot prints. One foot print means it is close. Two means it is a little further. Three means it is the furthest it can possibly be while still being detected.

But what if there are no foot prints?

If it is not already showing up, no foot prints means that it is so close. Like right on top of you. If it has no foot prints, you can actually click on it to summon it.

Under Settings in the app, you will find this handy thing called Battery Saver Mode that can be enabled. As the app with GPS on sucks a charge like nothing else, it sounds pretty good. However, it doesn’t appear to do much at a glance. Battery Saver actually functions a little differently than you might think.

When enabled, you can turn your phone upside down (not screen side down, like top of the phone facing to the ground) and your screen will go black, displaying a faint Pokemon Go logo. This means that the app is still open and tracking your steps, but everything else is shut down to conserve power. Your phone will still vibrant when at a PokeStop or near Pokemon, so make use of it.

If this is such an epidemic in my small town, it is probably a pandemic. Don’t do it. It is incredibly dangerous to try and play this game while driving.

I can go on, but I don’t think I need to. Find a friend who can carpool and double fist two phones. 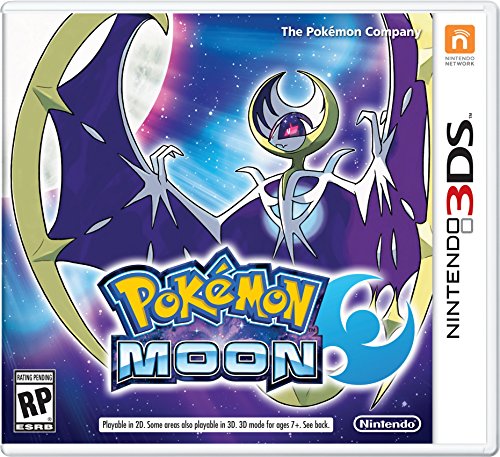