Credit: Gold Coast 2018 WebsiteNot all of these flags represented independent nations. The United Kingdom, as usual, sent four teams - England, Scotland, Wales and Northern Ireland. Over a dozen non-sovereign territories such as Cayman Islands, Cook Islands and Jersey had their own teams. 2014's largest teams came from Australia (417 athletes) and England (416), while Brunei sent just one person. England won the most gold medals with 58, and the most medals in total with 174. Australia placed second (49 golds, 137 medals) while Canada was third (82 medals including 32 golds). Sports dropped from the roster between 2010 and 2014 included archery, tennis, race walking, synchronised swimming and Greco-Roman wrestling. Judo, triathlon and mountain biking returned; women's boxing featured for the very first time.

The 2018 Commonwealth Games have been awarded to Gold Coast City in Australia. The opening ceremony will be held on April 4 and the Games will conclude on April 15. The host city was selected in 2011, defeating in a ballot of delegates a bid made by Hambantota in Sri Lanka. Some commentators said assigning the Games to Australia for the fifth time was unfair, as Sri Lanka has never had an opportunity to host the Games. Of the 20 Commonwealth Games that have been celebrated, only three have been held outside the "white Commonwealth" countries of Great Britain, Canada, Australia and New Zealand.  These were in 1966 (when the venue was Kingston, the captial of Jamaica), 1998 (Kuala Lumpur, Malaysia) and 2010 (New Delhi, India).

Where is Gold Coast City?

Gold Coast is Australia's least-known major city. Located in Queensland but abutting New South Wales, it ranks sixth in the country in terms of population (officially 528,000 in 2010) and covers 1,358 square kilometers. Within Queensland, only the state capital Brisbane is larger. Europeans have been settling here since about 1823, although in recent years a substantial Korean community has appeared. Aboriginal people speaking the Yugambeh language have been living here for around 23,000 years. Like its namesake in the north of England, Southport (now Gold Coast's main commercial hub) developed rapidly thanks to tourism in the late 19th century. 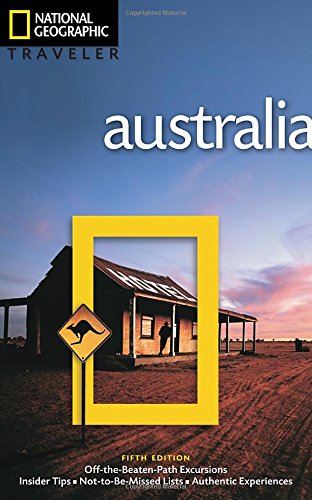 Gold Coast City is 81km south of central Brisbane, and 849km north of Sydney. Gold Coast has good air links, its fast-expanding airport (also known as Coolangatta Airport, IATA code OOL) seeing regular flights to Auckland, Christchurch, Tokyo, Singapore and Kuala Lumpur as well as over a dozen destinations within Australia. The Gold Coast railway line connects Brisbane with Gold Coast. The latter is seen by many as a highly desirable place to live, yet the former has more job opportunities. As a result, thousands of Gold Coasters use the train service to make "extreme commutes" into Brisbane each day.

It's very likely that, thanks to their strong sporting traditions and home advantage, Australia will win more golds than any other nation. In 12 of the 20 Games up to and including 2014, Australia was the most successful team. The selection of sports for the Gold Coast Games will be a bit different to Glasgow: They'll be no judo contest, but basketball will make a reappearance and there's a chance that cricket - a sport which baffles many North Americans but is adored throughout the Indian Subcontinent - will feature.

Sprinter Usain Bolt (pictured here, looking relaxed after winning a race), winner of six Olympic gold medals and part of Jamaica's victorious 4x100m relay team at the 2014 Glasgow Games, will be 31 by the time of the 2018 Commonwealth Games. There's a good chance he'll compete, although he may no longer be the world's fastest human.

In Glasgow, Gold Coast native Michael Shelley won the men's marathon. Shelley, from Southport, amazed the crowd in Glasgow on two counts. Firstly, he has become a world-class runner despite having been born with a hole in his diaphragm; secondly, he beat the African athletes who've dominated this event for the past two decades. Shelley, who took the marathon silver in New Delhi in 2010, will be 34 by the time the 2018 Games roll around - certainly not too old to be in with a good chance of defending his title. The men's triathlon was a highlight in Glasgow, and England's Brownlee brothers - Alistair (the 2012 Olympic champion who won gold in 2014) and Jonny (who took the silver) - will no doubt hope to make an equal impact in 2018. By then they'll be aged a week short of 30 and a fortnight short of 28, and perhaps still at the top of their game.

Rugby fans will be hoping for a final as exciting as 2014's, when South Africa upset favorites New Zealand. The Kiwis had not only taken gold in every Commonwealth Games since the sport made its debut in 1998, but had never previously lost a match.

Supporters of Gold Coast's bid to host the Games have played up the economic benefits of bringing the event to the city. Ahead of the city's selection as venue, Gold Coast Mayor Ron Clarke told the media: "The reality is that, should our bid be successful, not only will our community benefit from A$2 billion in economic investment, 30,000 new jobs and more than A$500 million worth of new transport and sporting infrastructure, but the social legacy for the city will be profound."

Clarke went on to say that hosting a successful Commonwealth Games would "inspire and unite" the city. A number of residents are skeptical, however. Some wonder why estimates of how many jobs the Games will create waver between 24,000 and 33,500, and why the study which supposedly supports the A$2-billion figure hasn't been published.

Given the huge expense of multi-sport events in other countries - notably the 2014 Winter Olympics in Sochi, the 1976 Summer Olympics in Montreal, and the 2004 Summer Olympics in Athens - it's no surprise that some Gold Coast taxpayers aren't thrilled at the idea of the Commonwealth Games coming to town. Also, social scientists have noted that businesses which cater to low- or middle-income residents rather than well-heeled tourists tend to suffer during multi-day events like the Olympic Games.

The selling of broadcast rights is a critical source of income for organizers of sports events, but as recently as the end of July 2014, it was reported that no Australian broadcaster had expressed any interest in, let alone bid for, the right to cover the Gold Coast Commonwealth Games. This is despite Australians' passion for sport, and the timing of events being ideal for Australian audiences. By contract, many of the events in Glasgow concluded in the early morning, Australian time.

There are non-economic objections, too. More than a few Gold Coast residents are dreading the inevitable closure of roads near venues and the consequent traffic jams. Even though Australia has tremendous experience organizing important sporting events, there's always a fear Gold Coast may embarrass itself the way Glasgow did on "Super Sunday" in the 2014 Games, when a confluence of major events and inadequate planning led to many fans missing the start of events they'd been looking forward to for over a year, and others being given wrong information. 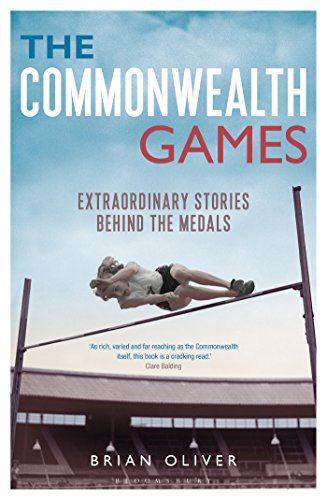