As well as being an avid writer, I am also an enthusiastic gamer, anime fan, movie buff, and love of all things strange. Being as I live with a boyfriend, I am also particularly knowledgeable about cleaning and cooking. You can join me in my adventure of writing for money here at Infobarrel. Sign Up today! Also, I wrote a book! Check out The Guild today!
InfoBarrel is a writing platform for non-fiction, reference-based, informative content. Opinions expressed by InfoBarrel writers are their own.
InfoBarrel > Home & Garden > Gardening & Yard Care

Ok, I'll admit it. I don't like canning. It means a hot kitchen on some of the hottest days of the year. It means clamps, jars, tongs that are all easily lost. It also means food that is potentially deadly if done even a little bit wrong. The whole idea has never been very confidence inspiring for me. However, canning isn't the only way to preserve the bounty from a summer garden. There is no reason to waste all that good produce when there are a number of other ways to keep it edible through the winter.

The freezer is your friend. Providing the world doesn't end and electricity isn't cut off, most frozen goods will last through the winter and beyond. What's more, freezing is the simplest way of preserving a fresh harvest. Corn, peas, green beans and peppers all freeze well, but other produce is going to take a bit of work to make freezer ready. For apples, turn it into apple sauce. For leafy greens, make a big patch of pesto. Finally, for all those fresh tomatoes you could never eat before they spoil, make a huge vat of red sauce and enjoy spaghetti all through the winter. Be sure all the sauces are cool before freezing and the packaged vegetables have as little trapped air inside as possible.

The only real problem with freezing is not so much freezer burn, but rather having enough room in your freezer.

Instead of investing in a whole bunch of canning tools, buy just one - a dehydrator. I picked mine up for $20 on Amazon and it has served me faithfully for years. However, the dehydrator isn't just for making some amazing beef jerky, it can also be used for a few members of the harvest. After a short prep time to cut everything up into thin pieces, you can just click the dehydrator on and forget about it for a few hours. After the vegetable or fruit is thoroughly dried through, just store it away in a dry, sealed container and it will keep for months. This method works great for apples, citrus, kale chips, cherries, and oven-roasting tomatoes. One of my favourite methods is to dry out corn, peas, and carrots and just toss them in stews to rehydrate them throughout the winter.

No dehydrator? No problem! An oven set to 180 degrees Fahrenheit (or otherwise the lowest your oven can go) works just as well. Use vented baking sheets so nothing sticks, though.

Need your oven for other things? No problem! Alton Brown, master of MacGuyver-ing cooking devices, taught the world how to make a simple and effective dehydrator out of a box fan and some air conditioning filters. 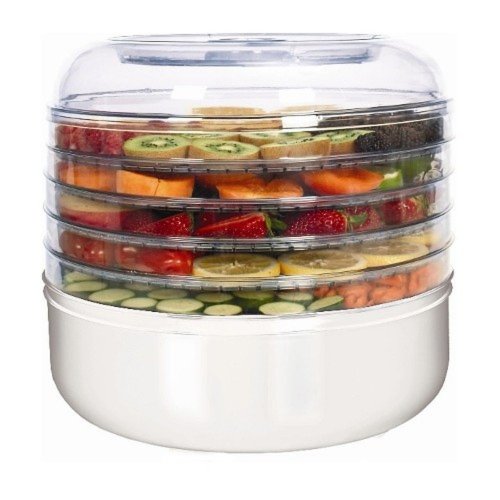 Ronco FD1005WHGEN 5-Tray Electric Food Dehydrator Amazon Price: $76.96 $33.22 Buy Now(price as of Mar 19, 2016)
The very dehydrator that I use. It doesn't circulate the air with a fan, so switching the trays is needed, but other than that it is a faithful servant.

Who can say no to a good pickle? For those with a particularly productive patch of cucumbers this year, pickling is a great way to keep them. However, pickling doesn't need to be limited to cucumbers. Tomatoes, beets, carrots and cabbage all are good in pickling brine.

Start by washing and chopping up your veggies to their desired size and shape. Some vegetables, like carrots, beets and other hard vegetables will need to be cooked briefly and blanched first. Next, arrange the vegetables into jars. You don't need to keep it to one kind per jar, mixing vegetables creates unique flavours in the brine. Throw in some fresh herbs too for added flavour. Dried chilli peppers, mustard seed, tumeric, cumin, celery seed, dill and oregano all add depth and flavour to pickled food.

For the brine, there are two flavour palates - sweet or sour. It all depends on the sugar content. For a basic brine, mix together 3 cups of distilled white vinegar, 3 cups of water, and either a teaspoon of salt or sugar. Boil the brine until everything is dissolved and let cool. After it has cooled, pour into the jars, just enough to cover the contents, seal and refrigerate. For cucumbers, the pickling process will be complete in as little as a day. The result is called 'refrigerator pickles' and a lot of restaurants use them for a more crisp and unique flavour. However, with pickling, the flavour only gets better with age. 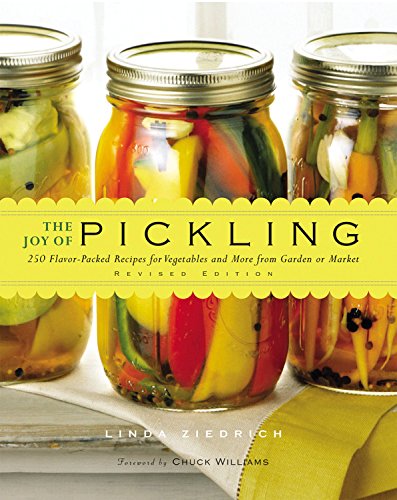 The Joy of Pickling: 250 Flavor-Packed Recipes for Vegetables and More from Garden or Market (Revised Edition) Amazon Price: $18.95 $8.99 Buy Now(price as of Mar 19, 2016)
This book has a lot of fine ideas for pickling, but I've only tried a fraction. I generally just like regular dill pickles without all the fancy bells and whistles.

Unlike the other methods, this only works for a few fresh goods, mostly fruit. This is some good news if you have a small orchard and like to drink, but most won't get much use out of this method. Infusion is essentially adding your favourite fresh fruit flavours to alcohol. Give a few raspberries, strawberries, apples or peaches a long soak in a bottle of vodka in order to enjoy infused cocktails all winter long. Some herbs can be put to use in a good dry gin, but vegetables are sadly left out when it comes to infusing in alcohol.

Alternatively, vegetables can be put to use in vinegar. A vinegar bath not only essentially pickles the vegetables, but the liquid also makes an amazing addition to homemade salad dressings. 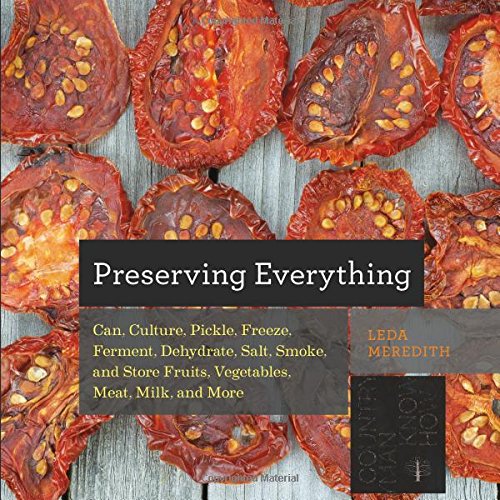 Admittedly, this isn't a way to preserve produce, but it is a good way to make some new friends and try some new things. Go ahead and share all that fresh garden bounty with friends, family and neighbours. The best was to preserve fresh produce is to see that it gets eaten. You never know what talents your friends might have as well. For example, my father used to share his jalapenos and overabundance of tomatoes with the janitor at his work. In return, he used to give our family some of his fresh salsa, which was infinitely more amazing than anything the store sells. You never know when you'll find a salsa friend of your own.

5 Simple Ways To Brighten Up Your Garden