You Ought to Be Havin' Fun is reminiscent of a lively jingle. The song could easily be used in a commercial as an anthem for a travel agency, cruise line, or any company promoting relaxation and fun. This energetic 70s jam is easily adaptable to the tourism industry – after all, isn't "havin' fun" what a vacation is all about? Even when you're not on holiday, this fast and funky tune can lift your mood and make you feel as though you're on a break from the everyday stress of life.

Released in 1976 by Tower of Power, a California R&B group with a hefty horn section, the song differs slightly from the group's traditional style of blending funk, jazz, and soul. When compared with the ensemble's other songs, Havin' fun is more of a commercially appealing dance tune that fits into the disco mold.

Tower of Power is one of several '70s groups not widely known or acclaimed, despite the quality of the music. The caliber of talent is evident in a number of the band's songs, including this one. Although the group's brilliant horn section is not prominent in Havin' fun, the music and lyrics are entertaining and lively enough to make this little ditty delightfully satisfying.

The single is chipper with a peppy beat and the chorus cheerful and fun to sing-along to. The quick and charming melody invites the listener to get up and move to the beat. The tune has a youthful, carefree, and innocent sound. The song made it to number 68 on The Billboard Hot 100 and number 62 on the R&B charts. This 70s pop hit is easy to listen to, over and over, and over again. It also crosses into several music genres such as pop, soul, and disco.

If you’re looking for a simple little ditty with a quick beat and a simple motto, you must get this single. Better yet, get the CD Ain't Nothin' Stoppin' Us Now. It is full of easy-listening, thought-provoking, and foot-tapping numbers. 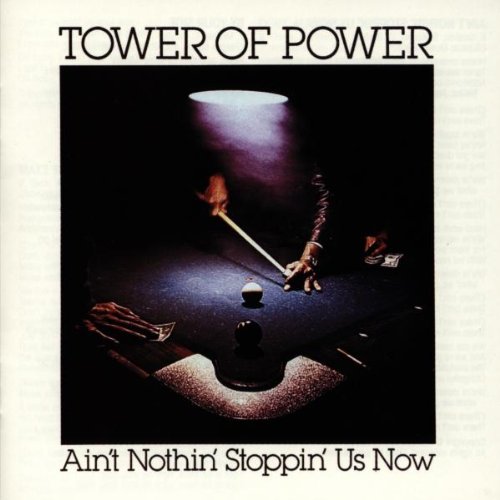 You Ought to be Havin' Fun

If you're in the mood for a light, upbeat and "happy" number, this song is for you. From the first beat to the last line, this number is cheery and bright. The music and lyrics are strong and steady, and the beat will grab you. This 1976 number is an anthem for all the times you're feeling blue. It'll pick you up and give you a boost . . . and it's pure fun!