In places like Thailand, Hawaii, and Greece, island-hopping is a beloved venture to escape the hot, crowded cities and get a little time away from the modern world. However, while many islands are like a private little piece of paradise, if you happen to wind up on any of these infamously deadly and dangerous islands, it may be the last thing you ever do. From hostile native tribes to man-eating crocodiles, here are a few island destinations you may want to cross off the list of your next vacation destinations.

The Izu Islands are a collection of small volcanic islands off the southern coast of Japan's main island, Honshu. While these small islands have both a fascinating geological and cultural history as penal colonies, they have become famous over the years for the haunting photos of the residents all wearing gas masks. These photos primarily come from the island of Miyake where the 2,000 residents of the small Miyake village share their island with the active volcano Mount Oyama. When Mount Oyama last erupted in 2000, the lava flows lasted until 2005 when the villagers were finally able to return home. However, it was not lava that was the real threat, but rather the large amount of sulfuric gas that seeped into the air.

As such, it is mandatory for visitors and villagers to carry gas masks on them at all times, so that if they hear sirens go off, they can quickly put them on.

Tourists are often warded off visiting Ramree Island by the lack of sandy beaches, but this island actually has quite the gruesome history. In 1945, a unit of 1,000 Japanese soldiers were retreating from British forces towards the Burmese mainland when they can ashore on Ramree Island. The outskirts of the islands are lined with thick coastal swampland, which forced the soldiers to abandon their boats and retreat on foot. However, it was not the British that were the real threat, it was the abundance of saltwater crocodiles in the swamp that killed near 500 Japanese soldiers. While many left their comrades behind and made it to the mainland, around 20 Japanese soldiers surrendered to the British rather than be eaten alive. The event was later entered into the Guinness Book of World Records as the greatest disaster suffered by animals.

North Sentinel Island sits in the Bay of Bengal off the coast of India and is home to the Sentinel Tribe, the last known Stone Age tribe in the world that has yet to make contact with the modern world. While efforts to make contact have been made, each has been met with a barrage of flying spears and other hostility. The Indian Government has declared the island off-limits not only because of the hostility of the Sentinalese, but to protect this group of people that have no immunity to our modern diseases. Unfortunately, in 2006, a group of fishermen sailed too close to the island, crashed their boat, and were promptly killed by the natives (though some reports say they died in the shipwreck). The Sentinelese, numbering between 15 to 500 people living on this island the size of Manhattan, buried the bodies and all attempts to retrieve them have failed.

Located between Lido and Venice is Poveglia Island, referred to as Italy's "Island of the Damned" for its dark and deadly past. Once used to quarantine those that suffered from the Black Plague in the Middle Ages, it might have been more appropriate to say this is where they sent people to die. Plague sufferers were burned day and night in mass graves that sent plumes of smoke sailing over Medieval Venice. However, its history as a home for the unwanted didn't end there. In 1922, it was repurposed into an asylum from the mentally ill where one of the doctors experimented on patients with the gruesome procedures of the time such as lobotomy and electroshock therapy. The doctor would later throw himself off the hospital tower after allegedly being tormented by ghosts.

With a history of over 100,000 people dying on this island over the years, it is not hard to see why many regard this as a seriously haunted place.

Brazil has gotten pretty famous for its long stretch of beautiful beaches, so of course there are those that went out in search of a nice secluded stretch of their own. However, if they happened

to wander onto Ilha De Queimada Grande, it is likely they didn't stay long. This particular island may be better known to the world by its nickname, the Island of Snakes. This island off the coast of Sao Paulo is the permanent and protected home of an abundance of endangered pit vipers. It is estimated that there are about five snakes per every square meter on the island. With such an abundance of snakes it is easy to see why the fishing community of Sao Paulo has a lot of stories about wayward fishermen landing accidentally on the island only to die after being exposed to the deadly venom.

Who wouldn't want to own their very own Italian island complete with quaint villa and literally only a few feet from shore? When it come to Gaiola Island, apparently nobody. As one of the minor island of Naples and right off the shore of Posillipo, Gaiola has been in use since the 17th century. First is as a place for factories, then as a battery for defense.

In the 19th century, it finally became a home for a hermit nicknamed "The Wizard" that lived off the alms of fishermen. However, soon after the death of the hermit, a villa was built on the island and its reputation as a cursed island began.

The population of Naples knows better than to buy the villa of Gaiola now after witnessing the long history of misfortune of those that lived there previously.

In the 1920s, it started with a Swissman named Hans Braun that was found dead and wrapped up in a rug. Later Braun's wife would also drown in the sea. Then came the German, Otto Grunback who died of a heart attack. Then it was pharmaceutical industrialist Maurice Yves Sandoz who would commit suicide. Later Gianni Agnelli suffered the many deaths of relatives while living there, and Paul Getty who had to endure the kidnapping of his grandson. The reputation got so bad that people didn't even want to live in the villa opposite Gaiola. Today, no one lives there and it is the property of the state.

This final island is not so much deadly as it is just plain creepy. The Isla De La Munecas, or Island of Dolls is located just south of Mexico City in the canals of Xochimico. While a creepy tourist destination, it was never intended to be as such. As the story goes, a girl was found drowned under mysterious circumstances on the island. Shortly after, the man that found her, Don Julian Santana Barrera, found a doll floating in the water. He plucked it from the water and hung it on a tree on the island as a way of showing respect for the girl. It is said that Julian was haunted by her spirit and continued to hang dolls to please her, only to realize that the dolls were possessed by the dead girl.

After 50 years of hanging up dolls, Julian was found dead, drowned in the same spot as the girl. Today visitors report dolls blinking, moving their limbs, and even whispering to each other. Whether it is real or just a dark superstition affecting the mind, that's up to visitors to decide. 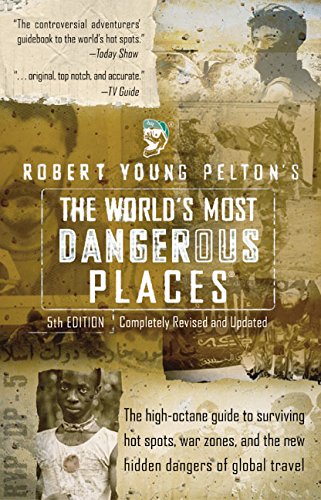