Facts About Personal Safety and How Not to Become a Victim

Are you an easy victim for a pickpocketer?

Learn how to protect yourself from thieves of all types.

Do you know how to keep yourself and your property safe from pickpocketers, muggers, hackers, and other criminals? When I interviewed Bob Arno on the Goldstein on Gelt show, he provided many practical, down-to-earth ideas about personal safety and protection.

Some of his advice is the same as your mother taught you, but some insights are things that only a once professional (now reformed) pickpocket could tell you. Either way, I included his interview in my new book, The Best of Goldstein on Gelt 2012, an anthology of some of the most fascinating interviews from the show during last year.

Bob Arno:                  Pickpocketing certainly has many different levels of sophistication, because a lot has to do with where you are. The lowest level is of the punks that simply take an opportunity to maybe rip a cell phone or an iPhone straight out of your hand. There’s no skill involved, but this is still classified as pick-pocketing.  At the next level, it could be someone who simply steals your purse or your bag in a hotel lobby, or maybe in a coffee shop, but then the ones that we are fascinated about and the ones that intrigued me and the ones that we study are the teamwork, where you might have three or four people in a group and they target the individual and they do that in a very clever way. Maybe they do it through the internet, finding out precisely what shows how wealthy you are or might be, what kind of cars you drive, where your banking is done, and the hit is done in a sophisticated way.

Douglas Goldstein:    How can we protect ourselves?

Bob Arno:                  When it comes to the low-end, this is extremely easy.  You simply need a line of sight over your belongings, and by that I mean that your eyes have to be at all times on your handbag or the iPod that you are holding in your hand when you sit in a coffee shop in Paris.  If you’re in a coffee area, you turn around and ask for another refill and expect in a crowded coffee place that your iPod is going to remain there.  Depending on where you are, your antennas have to be up.  You are giving an opportunity to a low-end guy, and there’s no skill factor involved.  Here, it’s simply that you weren’t cautious yourself.

The next level, which could be on public transportation, for example in London, in Paris or in Rome, is when you’re in a crowded Metro Station and you get squeezed from both sides. If you don’t understand the tricks of the trade and how they spring it on you, you simply have to be doing what the locals are doing. Maybe you should keep your hand on the wallet when it’s really crowded, or alternatively buy yourself one of those cheap little travel pouches that you can secure to the belt and hang on the inside of your pants.  There are many alternatives to this.  It can be in a strap around your neck, but of course worn inside your clothing.  It is easy to protect yourself if you read up in advance about the destination.  I don’t want to put people off travel in general.  What I do want to say is that there are some cities or destinations where you have more of a threat factor than others, and it’s those areas where you have to be particularly cautious.

Douglas Goldstein:    Does that mean that you really have to walk around being paranoid all the time?

Bob Arno:                  That’s the part that I hope that people do not have to be.  When you’re in places like Rio de Janeiro, Johannesburg, Moscow, and Naples in Italy, you certainly have to be on guard 24 hours because you stand out like a sore thumb in those places.  They recognize you for what you are, which is possibly an ignorant tourist or a shopping tourist, but regardless of the level of your own awareness, you’re a tourist in their home territory and therefore a threat is there, so in those places, yes.  In other places, most of the places in London for example, Copenhagen or Helsinki, you certainly don’t have to walk around and be cautious all the time.  If you practice a few common, obvious, careful things, then you can have fun with the travel experience.

The upper level where you become a target is when you may wear expensive jewelry, such as a Gold Rolex President, or your wife may have a very expensive bag or fine shoes. This sets off right away that you are a wealthy couple.  In areas where they would target you, for example in Rome or Barcelona, they are going to follow you maybe for 20 minutes.  If you’re flashing significant money, if you’re at an ATM and taking out some serious money or you’re coming out of an expensive hotel and your wife is carrying a very fine, smooth handbag with a very thin strap, it’s very likely that 20 minutes later, they’ll come and simply yank it straight off her shoulder.  In those places, you have to be a little more cautious, lock your expensive stuff in the hotel room, and don’t wear it in a flashy way.

The Secrets of a Pickpocket

Douglas Goldstein:    Clients that I deal with as a financial advisor often don’t want to get their statements mailed to them because they say that makes them a target and they actually find that getting their statements over email is better.

Bob Arno:                  There are lots of places around the world where you simply have to behave very differently than if you live for example in Reading in the United Kingdom, which is two hours outside London and is a middle class town that has no threat whatsoever.  The territory where you live is what signals and tells you how cautious you are.  It’s the same thing if you visit, for example, South Africa, on a safari. Most people think that it’s all fun with the game parks, and that’s absolutely true, but the wealthy people who live there are on a 24-hour watch. They are very careful with how they drive and if they stop at the red light or not.  They are concerned about carjacking and whether there is an intrusion into their internet system, where they bypass the password or they have found it out by placing a cookie into your system, or alternatively through snail mail.  All of those things where the bad guys can read you, you need to pay attention to.

Douglas Goldstein:    How often does something like this happen?  Should we be paranoid that someone’s constantly breaking into our life?

Bob Arno:                  The statistics are easy to obtain, and either the police itself will know and you can read a little bit about your area, or maybe your friends will tell you.  The minute you see the statistics popping up, you’re going to have to start paying serious attention because the bad guys are very good at finding precisely the weakest link.  They are looking for those who are not protecting their computers properly, or they have an open website somehow, or for example they drop a flash drive on the floor, and you take it and open it up and it gives information about the statistics of salaries for the coming year for a company, and you say that’s appealing and that’s interesting.  It could be in a coffee shop where you work.  What you don’t know is that the bad guy has planted that in order to plant a cookie that opens up the backdoor to your computer and then they read some of the information.

There are so many intriguing ways that they get into your computer.  You got to have to have really good sophisticated software that will protect you from the latest viruses, and certainly a double authentication device if you are talking about your bank accounts or your investment account.  Double authentication basically means that you have your account number and you have your password, but you also have a small electronic device that the financial institution will send to you and it generates an additional password that is used for 60 seconds and then it generates a new one.  With that little device, you improve your security enormously, but it depends on the territory where you are.

A good hacker, and when I say ‘good,’ maybe we’re talking about 50 people in the world that are truly sophisticated. Half of those guys, and even the bad ones, are hired by Microsoft and the other corporations without anyone really knowing it to hang around the bad guys to find out the latest virus and the latest development and then they pass on the new code. And they do what’s called “penetration testing,” which basically means that they’re hired by large corporations to go to satellite offices and attempt to break in.  Part of the break-in involves social engineering as much as it does code breaking.

Social engineering is basically where they pretend to be a worker of some sort or a friend of the president.  It could be out at the golf course, or they hire some clothes that resembles this.  They can even copy the past parts of the plastic key in which there’s a code that you hold up against the key.  They have like a copper wire about 10 inches in diameter that they carry inside their clothes and it reads the other information from the real pass key and then they make a new key base on that with photos of themselves, but it’s very intricate and they paid significant money to do this penetration testing. Of course what the corporations want to see is that their satellite offices, whether it is in Shanghai or in Singapore, are fairly safe.  What becomes interesting is where occasionally these penetration testing hackers are also working for the U.S. government, adding an additional little key to get in the backdoor.  It’s going to tell you precisely whether it has or whether it’s not but if you have friends in this community, you get additional little rumors and to prove them is what is very difficult.

Douglas Goldstein:    How can people learn more about the work that you’re doing?

Bob Arno:                  There are three ways you can find me.  You certainly can go in YouTube and simply put in ‘Bob Arno,’ and then you get a lot of fun tapes, videos or shows around the world that we’ve done, or you can go to our website, which is www.bobarno.com, or you can go to our security site where we basically talk about all of the different scams around the world, not just pickpocketing but various con games, and that is called www.thiefhunters.com.  We have a significant amount of material that is both in an anecdotal fun form, but also certainly teaching people how to protect themselves. 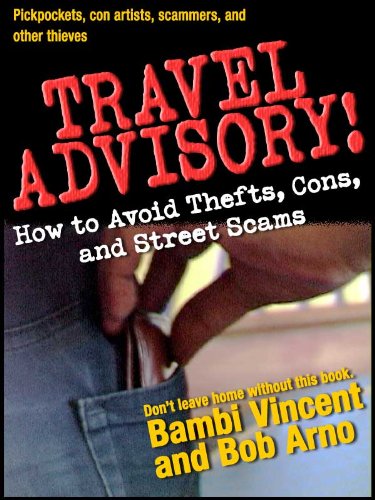 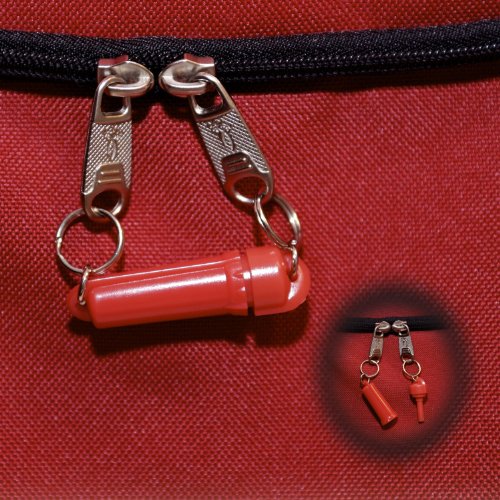