One of the Best Places for Teaching English in Asia

Hong Kong is an excellent choice for professional English teachers. Teaching English in Asia is an excellent way to travel while making a living at the same time. Traditionally ESL has been a way to have a fun gap year or three away from a “real” career in your home country. With rising demand for English education in Asia, however (as well as economic circumstances in certain Western countries), comes with rising expectations from employers and more turning to ESL as a long term profession.

There are certain countries, such as South Korea and Taiwan, where even inexperienced, unlicensed ESL teachers can easily get their foot in the door (and either go back home after a few years, or work their way up the local ladder). Others - such as Hong Kong, the subject of this particular article - tend to have somewhat higher standards but greater rewards to go along with them. As English is one of the official languages of Hong Kong, and as the city has a long multicultural, international history due to its history as a British colony, many of the best jobs in HK go to those with experience and qualifications.

That’s not to say there are no opportunities for others wanting to teach ESL - there are still plenty of private institutions and cram schools, and even the city’s highly coveted NET Scheme (Native English Teacher Scheme) will accept some unlicensed teachers on lower pay grades.  However, generally you are going to have an easier time finding an English teaching job in HK if you’re experienced and trained in education.

The barriers to entry are higher than other places in Asia, but the benefits can be worth it. The better ESL jobs in Hong Kong pay more than enough for one to live comfortably on, while still saving and traveling. Salaries I’ve seen for some of the better jobs can be as high as 35,000 Hong Kong Dollars (4500 USD as of this writing) a month. The lifestyle can be very comfortable, given the local culture’s blend of Eastern and Western influences, and the sheer amount of things to do for travel and entertainment. Good working environments tend to be more professional than other areas in the region, and there’s no lacking for things to do - whether it’s traveling locally or to nearby China or Taipei, or making friends while experiencing Hong Kong’s nightlife and social scene.

For those ESL teachers who may not necessarily be licensed or qualified, Hong Kong still offers some options. As said before, the city’s NET Scheme (an option for teaching in public schools) will accept some experienced yet unlicensed teachers on lower pay scales. There are plenty of private ESL schools hiring who may not care as much about qualifications, though the pay tends to be significantly lower. The average I’ve seen for such positions tends to be around 12,000 to 20,000 Hong Kong Dollars. For one position in Kowloon I saw the salary was said to be 25,000 - still a far cry from the higher level jobs in the region.

In a nutshell, it’s similar to other Asian countries in that experience and qualifications lead to much better jobs, but this happens to be much more pronounced in Hong Kong. The best jobs are extremely competitive. Even good University positions in the city will have a flood of applicants, and having high level qualifications such as a Ph.D are no guarantee of finding employment at a Hong Kong University.

Lower level ESL jobs also tend to prefer people who already have a visa to live and work in Hong Kong - whereas more professional English teaching positions will gladly sponsor your visa and give you other benefits. Do note that immigration and employers in Hong Kong tend to be stricter when it comes to checking qualifications and documents than elsewhere in Asia. The HK NET Scheme in particular will check and double check your employment records, criminal background check, teaching license, and so on at various points in the process. I have heard they even double check things after you’ve arrived and start to settle in as well.

Unlike neighboring Taiwan, which has certain hurdles of its own that make it a less attractive choice for long term teachers, HK has the opposite problem: it’s great for career teachers, but jobs are extremely competitive and require a lot of experience and qualifications. Those who can overcome those hurdles will find one of the best markets in East Asia for ESL teaching. 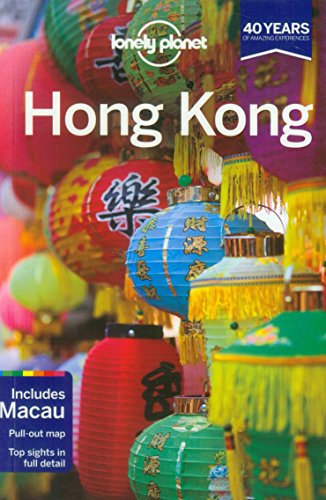