Anne of Green Gables is a bestselling Canadian novel written by Lucy Maud Montgomery and published in 1908. The novel has stood the test of time and remains a literary classic enjoyed by children and adults alike. For those who have watched the series, or read the books, we can fondly remember Anne Shirley’s red hair and the effect it has upon her and other characters.

The story takes place in the idyllic Prince Edward Island (PEI), which is located on the eastern coast of Canada. It follows Anne Shirley as she is mistakenly sent to an elderly brother and sister who intended to adopt a boy to help out on their farm. Anne Shirley experiences life on PEI as she goes to school and interacts with her peers.

Anne of Green Gables is the first of a series of novels about Anne’s life, as she forges her path from childhood to adulthood. Anne of Green Gables has been adapted into films, television series, and movies. Plays and musicals about Anne can be seen playing in the theatre on PEI, as well as tours of Lucy Maud Montgomery’s home and the places on the island that were featured in the series.

But first, where did Montgomery’s inspiration for the fiery Anne come from?

Inspiration for a Classic Novel

Part of Lucy Maud Montgomery’s inspiration for the novel was from notes she had written when she was younger. She had seen a couple who had wanted to adopt a boy, yet were mistakenly sent a girl and decided to keep her. Montgomery grew up on Prince Edward Island, and used her childhood experiences to draw inspiration for her novel. She was sent to live with her maternal grandparents at age seven. As a child, she was raised by very strict guardians who were unflexible in their manner of child raising. Montgomery had a lonely childhood, even though she had nearby relations. She credits her lonely childhood for developing her creativity and pushing her to create imaginary friends and fictional worlds.

Montgomery was inspired by the “formula Ann” orphan stories at the time to create her own book about a girl called “Anne” (who, in the novel, was originally called “Ann”, but the character preferred to add an “e” because she believed it was more elegant and sophisticated). Anne Shirley’s physical features were based off of Evelyn Nesbit, a popular American chorus girl and artists’ model. Montgomery kept a picture of Evelyn Nesbit posted on her wall and sat by the window of her Cavendish home as she wrote the novel. Anne of Green Gables was Montgomery’s first book, and it proved to be an immediate success.

Who Is Anne Shirley?

Anne Shirley is an orphan originally Nova Scotia who has spent her childhood in various strangers’ homes and orphanages. She describes her life as being “cursed” by twins, having to take care of strangers’ children and helping around the house. Eventually, she is sent to Marilla and Matthew Cuthbert.

The gentle Matthew Cuthbert is immediately enchanted by Anne’s energy and creativity, while his sister Marilla takes awhile to warm up to her. After a few rocky bumps in the beginning, Anne becomes a staple in their lives as they care for her like their own child. While Marilla is prim and stern, she also cares for Anne and wants the best for her.

In the novel, Anne Shirley is a bright and imaginative girl, telling people stories and giving fancy descriptions of the places around her. Unfortunately, her tongue and actions sometimes get her into trouble as she speaks openly and is sometimes misunderstood. However, she is also eager to please and charming, winning the affections of those around her.

Physically, Anne has freckles and braided red hair, much to her disappointment. She frequently muses about having auburn hair and her hopes that her hair will darken when she gets older. She is sometimes teased for her red hair, since it is her most distinguishable feature.

Anne’s intelligence shines through at school. She excels, becoming the top student alongside classmate Gilbert Blythe. He teases her because of her red hair when they first met, making her despise him. However, Gilbert apologies numerous times and tries to make amends. Despite her stubbornness, Anne eventually caves in and they become friends. Anne Shirley is also friends with Diana Barry, whom she calls her “bosom friend”, and they share various adventures together. Her literary talent and dreams show in her schooling as she shows a love of literature and stories.

Anne heads to Queen’s Academy in Charlottetown to earn a teaching license, alongside Gilbert and other classmates. Instead of the regular two years, Anne manages to obtain her license in only one year and is awarded the prestigious Avery Scholarship as the top English student. She looks forward to using the scholarship to purchase a Bachelor of Arts degree at Redmond College in Nova Scotia (based off of Dalhousie University). 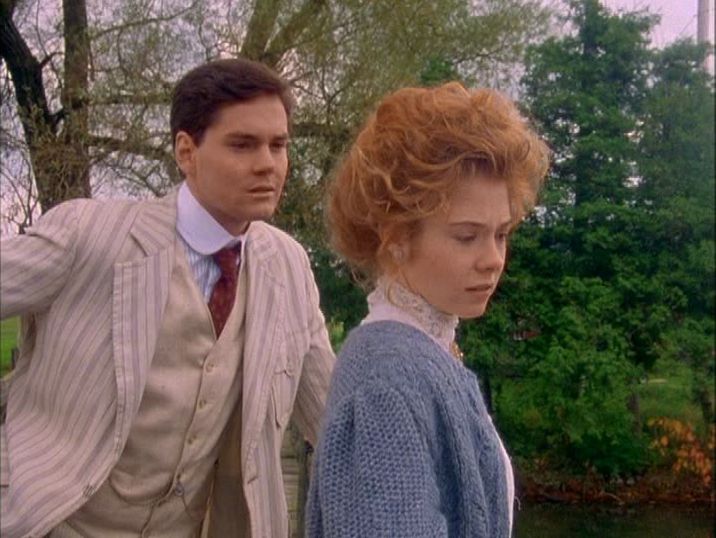 However, life takes a turn when Matthew has a heart attack and dies soon after learning his and Marilla’s money were lost in a bank failure. Anne decides to give up her scholarship to stay in PEI to take care of Marilla. Gilbert gives up his teaching position at the Avonlea School to work at White Sands School, giving Anne the spot so she can more easily visit Marilla regularly. Anne is grateful towards Gilbert, and they become friends. Meanwhile, Anne is excited to see what lies ahead of her.

Anne has touched the hearts of millions worldwide, selling over 50 million copies. Visitors come from worldwide to see the famous Lucy Maud Montgomery home and Anne’s haunts on the island, walking in her footsteps and imagining life in the Green Gables.

Anne of Green Gables is a must read for anyone. If you are interested in a film adaptation, you should check out the 1985 Canadian production starring Megan Follows and Jonathan Crombie. Anne’s captivating personality and story are sure to delight everyone. 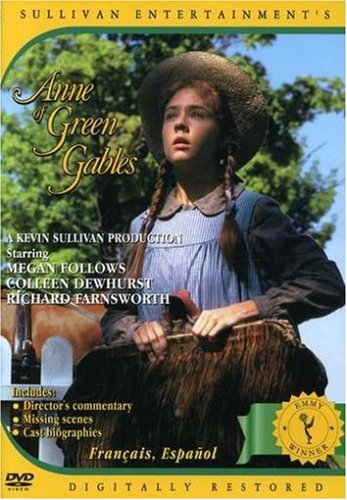