[some images may be disturbing]

These are not prurient or lurid images (à la the exploitation of the Faces of Death video series or what is seen in tabloid media).

These are tender, oftentimes artfully poignant, images captured of the departed by those who loved them.

The vogue of post-mortem photography is over but the pictures generated during its peak of popularity are sensitive, caring, and tasteful.

Every one of them has a tale to tell as well.

Sitting Very StillThe process of photography (capturing a static image for later and repeated viewings) was not available to the masses until the invention of the daguerreotype in 1839.  This method, using light-sensitive chemicals on a metal plate, created a grayscale picture of its subjects.

The exposure times were very long, sometimes half an hour in the earliest days, which meant using props and rods to help people sit absolutely still during the process.

Over time, these plates develop a patina of varying degrees; the older tintype (images on thin metal sheets) or ambrotype (images on glass plate) can achieve something closer to artistic quality with their subtle discolorations and shadings.

These pictures carry emotional weight in addition to being merely narrative or documentary in function.  There is art here by any definition.

Memento Mori ImageryThe history of such imagery extends back to the Middle Ages; the precursor was an art form known as memento mori (“remember thy death”).  These early works, rendered in oils or carvings, served as reminders of mortality and also reflected the average person’s general fear of Death.  Renderings most often featured skeletons (as the iconic Death archetype); sometimes they were painted portraits of the deceased in various settings or lying in state.

The practice of photographing people after death (which began very early in the history of the medium) was a niche specialty of portrait photography.  During the first few years of its existence, the daguerreotype (a small, highly detailed picture on polished silver) was an expensive luxury.

As the number of photographers increased throughout the next decade, the cost lessened. Cheaper methods were introduced in the 1850s, along with novel forms of portraiture like the ambrotype (on glass), the tintype (on thin, cheap metal), and the carte-de-visite (on paper).  By the 1860s photographic portraiture was affordable to almost anyone.

The best of these images of the dead come from a time of unusual prudery and priggishness, the Victorian Era.  It is noteworthy that the Victorians, both in England and America, did not shun death the way modern people do.  They embraced it and talked openly of it.

This is an interesting contrast in social values; the Victorians rarely spoke of bodily functions (such as excretion or anatomical issues).  Sexual matters were never mentioned in “polite” company.

But death and dying were openly discussed, even in the presence of children.  Today, the opposite is true: sex is discussed frankly, and it is death that is reduced to euphemisms (such as  referring to someone who has “passed away” or has “gone to his/her just reward”).  Death is now generally not discussed “in front of the children”.

First (and Perhaps Last) Baby PictureThe reasons for having post-mortem photographs taken were many, and almost all were driven by grief and genuine love of the departed.  Many times, distant relatives could not attend funeral services; the advent of carte-de-visite prints allowed inexpensive copies of post-mortem photographs to be sent off as a keepsake.

Infant mortality rates in those times were terrifically high, and far and away most photographic memento mori feature babies and small children as their captive subjects.  New parents, faced with the loss of perhaps their first child to disease, could then have an image of their baby for posterity.

Very popular motifs developed.  A common staging was that of the “Madonna & Child” where a mother sat holding her dead infant or toddler on her lap.  Angels featured prominently in such photographs as well.

Holding a PoseOther popular settings showed the deceased in a reclining or reposed position.  Still others had the dead person seated upright on furniture.  Eyes were sometimes held open with small appliances; limbs were propped.

Early post-mortem photography rarely featured the dead lying in a casket.  The inclination was to arrange the bodies in more natural poses and surroundings.  Later, as the form declined in popularity, more pictures were taken of the dead in their coffins or in funeral parlors with attendees standing around the corpse (early morals considered this practice “vulgar”).

Credit: Thanatos ArchiveIt is these earliest images, however, that transcend their intended memorial and souvenir aims.  These pieces, upon closer study, are truly of artistic merit.  Many are homey and have a quaint charm attached to them.  Some clearly exude sadness, grief, or paternal love.  Even the images of a solitary corpse, regardless of setting and without living co-subjects, instill a certain emotional response just by their staging.

The photographic subjects are obviously deceased by mere casual inspection in some cases.  In other images, if it were not known the central subject was not alive, one would be hard pressed to discern it at a glance.

The æsthetic of these photos stems from parents’ imaginations and wishes but most usually from the photographer’s keen eye.  Settings were simple in many cases—pictures were taken in the family home.  In others, more elaborate staging was used in a photographer’s studio.

Rush to PrintWhat one has to bear in mind about these pictures, regardless of setting, is this: the corpse in the picture is likely not embalmed.  That did not come into vogue until the American Civil War, and even then it was employed on a limited basis (it was a costly process for the average person).

What this means is that the family or person commissioning a memento mori photo had to handle and transport a fresh corpse, whether moving it around one’s own home or taking it to a portrait studio.  The dead were usually dressed in their very best.  “Parlor viewings” (in which a deceased person was laid out at home) were common, of course; people were used to handling the dead.

However, the obvious need would be to get the pictures made as quickly as possible (and one photograph was located for which decomposition seepage was noted coming from the subject’s mouth; the gruesome nature of the picture precludes its use here for that reason).

Practicality aside, one has to imagine the heartbreak of any mother having to trundle off her dead little girl to a studio, and then sit, completely still, for an extended exposure time, perhaps grieving silently to herself while the picture was taken.

Tales of SadnessEvery picture does tell a story.  The tricks of the trade in the stage props and shooting of the images are fascinating.  Also noteworthy are the hand-tinted “rosy” cheeks applied to some of the developed images, whether the subject is alive or dead.

Credit: Thanatos ArchiveScattered throughout this article are images spanning from 1850 to roughly 1900.  Some of their stories are unclear.  Some things are coldly known about the pictures, other things can be surmised, and still others have a touching ethereal quality.

In one of the “Madonna & Child” images included here (left), the mother is wearing a checkered print dress.  The little girl sitting on her lap (dead) is wearing the same print on her dress.  The material of the dead child’s frock appears “fresher” than that of the mother.  One must ask of the matching dresses if they had been made already.  Or, did this mourning mother hastily sew a new, matching dress for her baby girl just for this photo?

In the photo of the little girl sitting on a white-draped bench flanked by stage-prop angels (right) one sees an adult’s shoulder in the far right of the frame.  What isn’t plainly visible is the fact that another adult is under the sheet supporting the child (although she is sitting on a bench, she is being propped upright from behind by the hidden adult).

Credit: Thanatos ArchiveThe “Glowing Girl” (left) seated in a plush chair in the elaborate parlor setting is the result of skillful photographic technique and lighting.

The “Family Portrait” (right) of a father, a dead teenaged daughter (eyes open), and a mother is particularly telling.  The parents are as close to the girl as possible, and each has a loving hand pressed on each of her arms.  The familial bond is clear.  [And as a side note a cropped version of the girl with angels above right and the one of the family to the immediate right featured in the opening credits of American Horror Story (entitled “Murder House”) in its first season, late 2011, on the FX cable television network.  Many other post-mortem photos of children were used in that macabre opening as well.]

“The Prairie Funeral” (below), as a post-mortem shot, is curious in its setting—outdoors in an uncontrolled space with natural light is unusual for these images.  There are other things happening here, though (beyond its open-field staging), that make this one intriguing as a post-mortem photograph and as a candid document.

The eyes of the deceased in the coffin are open (although not clearly discernible in this low resolution image).  Of singular interest, though, is the man in the right background sitting on the carriage fender.  His look of boredom and impatience is clear and almost contemptuous.  He may very well be either a gravedigger or the photographer’s assistant; either way he seems to convey a sense of wanting to get the job over and done.

A more typical “repose” setting (below, from 1885) features a young girl pillowed on a floral print, wide-bodied armchair.  She wears a white gown and holds a doll against the right side of her body.

Credit: Thanatos ArchiveThe interesting element in this photo is the little girl’s doll.  It is called a “Frozen Charlotte” doll (the folk tale of Frozen Charlotte describes the freezing to death of a teenage girl too vain to wear warm clothing on a cold wintry night).

In this photo, then, are a dead little girl and her doll; the doll that is also an image of a dead girl.  Knowing that particular fact makes the picture even more interesting.

All of these images are incredibly rich for the story potential they hold, raising them beyond the bathetic.  They stand as true memorials of caring and loss.  They are also niche collectibles that are respectfully sought and treasured for what they are: artifacts of a bygone period, and art in their own right.

But, the buyer must beware: these days many sellers on eBay and elsewhere are hawking images they claim are post-mortem photographs (for very high prices) when in reality the pictures being proffered are nothing more than regular studio photos of living people (who may have metal bracing or other props visible in the image).  The use of a prop does not necessarily mean the subject is deceased.  There are many indicators that point up the real article; just learn what they are and learn to look for them so as to not buy a fake photo inadvertently or through an intended swindle. 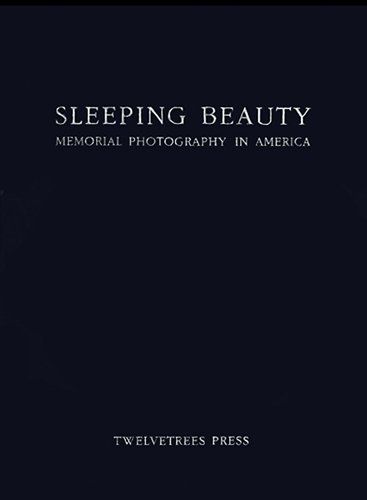 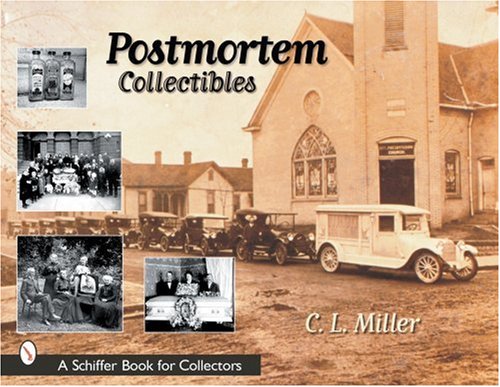