Behavior Analysis - Why Did Rose Lie?

Going through the Doctor Who series will reveal how a large component in the number one BBC America program is lying. Producer and screenwriter Russel T. Davies started this trend in the first episode “Rose.”

Interviews with the writers revealed their thoughts on how everyone lies, so the activity must take place in the show. Below is an analysis on the likely reasons behind why Rose Tyler lied to her loved ones from the very beginning.

When Rose was trying to figure out who the Doctor really was and threatening to reveal the real happenings of the first night they met.

Compassion - Fear of Others Getting Hurt

After the Doctor had saved Rose from the Autons in the department store, he adamantly insisted she not tell anyone. When she questioned him about why she should remain silent, he played the most likely card that would keep her quiet: If people knew, they would die. The Doctor played on Rose’s compassion.

Can lying save people from harm? The phrase “what we don’t know can hurt us” comes to mind. Rose reacted well to knowing about the Doctor’s alien origins, while most others would have freaked out. Maybe her levelheadedness about his being a Time Lord ensured she would be more useful in saving others before they realized they needed saving.

Horror - Disbelief of the Aliens

Later on in the episode, Rose threatened to tell others about the current danger. The Doctor wasn’t fazed. He merely asked who would believe her. She was stumped, for making a comfortable world believe in invasive aliens and murderous mannequins would require much time and effort, and more than she had available. Lying, once again, seemed like the best option.

Hidden horrors exist all over the world. Secrets about what happen in private homes, dark alleys, and clinical rooms can send chills up people’s spines. So, people lie about what happens to them and their loved ones. Making the world believe their horror stories requires more time and effort than they are willing to spend. 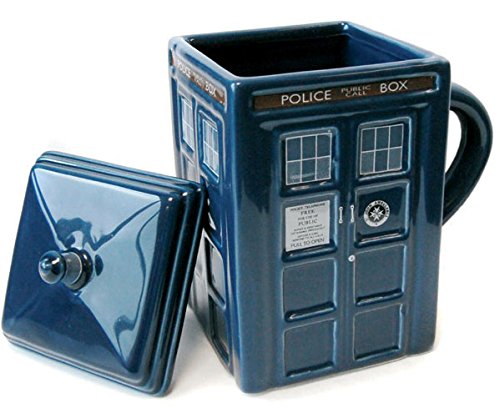 Respect - Something Special about the Doctor

The bond between Rose and the Doctor most likely formed when she first entered the TARDIS and confronted him about his otherworldliness. Suddenly, his superior knowledge and leadership skills became fully known, and she couldn’t help but respect him. With this bond formed, she would naturally honor his wishes and lie to the public and her loved ones. He understood the risk of them knowing the truth better than she.

The Doctor revealing his alien origins to Rose in the TARDIS.

About Lying in Doctor Who

Many people were raised to think about the immorality behind lying. Good ethics require telling the truth. Davies might think differently about the action. He might think that intelligent people lie, because sometimes the truth is simply too bizarre.

Watching through the series again will reveal how much lying takes place. Based on memory, it’s almost a theme in the show. Hopefully, future episodes will reveal why viewers’ beloved characters partake in this questionable activity so often.