There are those who say a song can't be declared great until an acoustic version has been heard, as behind the bombast and sheen of studio trickery they may be little in the way of substance. I've applied a slightly different test: How do landmark pieces of pop and rock sound when played on the instruments enjoyed by the majority of humanity, those who lived before or beyond the 20th century's electric guitars, synthesizers and samplers. Without being too doctrinaire about the criteria, here are ten choice songs, rediscovered through the prism of traditional instrumentation.

#10 The Doors' Light My Fire (harpsichord)

Doors' recordings are held together by the keyboard wizardry of the late Ray Manzarek, so it's no great leap to play this classic on the harpsichord, an instrument more popular than the piano throughout the 15th, 16th, 17th and early 18th centuries. This charmful version features Nadav Merom, an Israeli, on harpsichord, and his brother Yoam on acoustic guitar. The original song, composed mainly by Doors' guitarist Robbie Krieger, appears on the band's eponymous debut album, released early 1967.

#9 The Beatles' Come Together (mountain dulcimer)

Sam Edelston may look like a college professor on the cusp of retirement, but he has no problem keeping up with the rock pantheon, you'll agree after seeing this video or his cover of the Rolling Stones' Jumpin' Jack Flash. The mountain dulcimer, usually featured in Appalachian folk and bluegrass, can be electrified to fearsome effect - check out Edelston's blazing Whole Lotta Love (originally by Led Zeppelin, of course) for proof.

The title track to Iron Maiden's 1992 album lends itself to all kinds of acoustic interpretation. It's performed here by Camille and Kennerly Kitt, identical twins from the US who perform and record as The Harp Twins. In a series of expensive-looking videos released since 2009, they've covered, among other hits, the Blue Oyster Cult classic Don't Fear the Reaper, The Cranberries' Zombie, and The Police's Every Breath You Take.

2Cellos, a classically-trained duo who've worked with Elton John and Steve Vai, have carved out a lucrative niche doing cello versions of rock standards. Inevitably, they've been dismissed as lightweights and sellouts, but this live version, captured in a Los Angeles radio studio, surely won over a few skeptics. Slovenian-born Luka Sulic and Croatian-born Stjepan Hauser drive this one hard, and they drive it deep. The video is wrongly labeled: Nevermind is the title of Nirvana's breakthrough 1991 album. 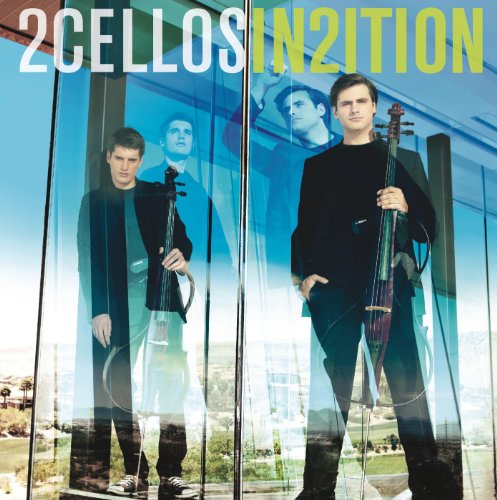 The hammered dulcimer is a stringed instrument played somewhat like a xylophone. The instrument, or variations of it, is used in folk music in the Middle East, Central Europe, parts of the UK and in the US. The distinctive syncopated piano arpeggio of the original (composed and recorded by the British band Coldplay for their second album, and also released as a single) makes complete sense when performed this way. The recording here is credited to someone calling herself TheEadgyth, an ancient spelling of Edith.

A drumless instrumental on the British band's 2001 album Amnesiac, this version of Hunting Bears retains the eerie timbre of the original, while doing away with the the "fingernails dragging across a blackboard" scraping which some listeners hated. The pipa, a four-stringed Chinese lute, is played here by Yang Wei, while Mike Block on cello shades the background. The recording was made during a concert at Illinois State University in the early months of 2009.

Honeywagon is a established professional band with a track record of blending bluegrass with contemporary genres. Their most recent album covers Lady Gaga numbers, and a swim in YouTube waters turns up their versions of songs previously made famous by Green Day and Blink-182. Billie Jean was one of the most successful singles from Jackson's Thriller (1982), itself among the best-selling albums of all time. 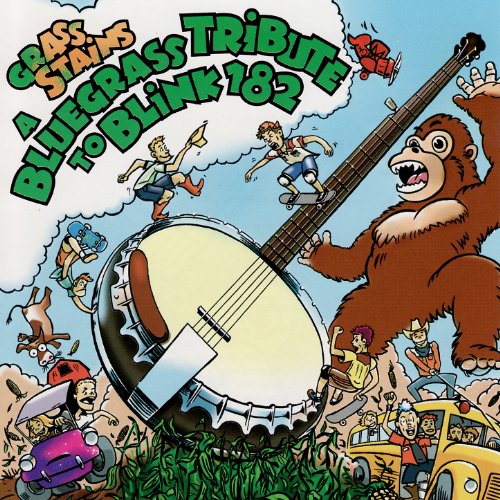 Xavi Ganjam's version of the old stomper isn't so much a cover as a radical reinterpretation from which the famous riff emerges from time to time, before sinking back into the sonic swirl - hence the modified title, Smoke on the Dhun. (Dhun is a Hindi musical term, meaning 'a light instrumental piece.') Ganjam is based in Spain and often makes festival appearances.

Las Vegas-based Imagine Dragons had one of 2013's biggest hits with Radioactive, but this version, performed by a young quartet called The New 11 is subtler and arguably better. Backing a female vocalist, three men play acoustic guitar, rainstick and jew's harp - a tiny instrument which the politically correct refer to as a 'jaw harp.' And everything is just so.

South Korea's Luna Lee is rising YouTube star (her channel has over 32,000 subscribers), and virtuoso player of her country's traditional 12-string zither. Her rendition of one of the best-known rock numbers of all time twists and accentuates the blues at the heart of the original, even if the backing track threatens at times to bury her dazzling skills.

Near misses: 3 that almost made the Top 10

I couldn't find any compelling performances featuring the European lute, the didgeridoo, the Chinese yuejin or guqin, or the bouzouki. Nor did I want to feature the same lead instrument, artist or songwriter more than once. The three tracks below were strong contenders but got no further than the shortlist.

Sung and played by a doe-eyed Spanish-speaker named Melissa, this version of Radiohead's breakthrough hit is excellent, but fails to bring out any new dimensions within the song.

Near miss: Guns N'Roses' Welcome To The Jungle (cellos)

Another stirring performance by 2Cellos, superior to their better-known version of AC/DC's Thunderstruck, this inspired interpretation of Guns N'Roses 1987 single lends a Mussorgsky-like grandeur and urgency to what, at the end of the day, wasn't much better than most of that era's heavy-metal screamers.

Featuring Jeff Lynne (leader of the Electric Light Orchestra and later George Harrison's bandmate in the Traveling Wilburys) on acoustic guitar and vocals, the main attraction is Anoushka Shankar's expert sitar work. Shankar - daughter of sitar legend Ravi - and Lynne performed this song as part of the Concert for George, a 2002 event held to mark the first anniversary of the former Beatle's passing. The song first appeared as the B-side to the Beatles' 1968 single, Lady Madonna. 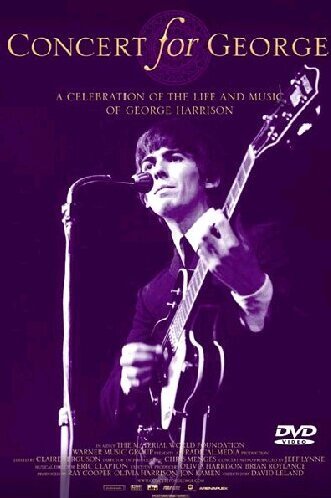 Concert for George Amazon Price: $91.27 Buy Now(price as of Jun 7, 2015)
Next >> Learn to Love Classical Music. Find Out What Amazing Songs You May Have Been Missing!