Beyond El Dorado power and gold in ancient Colombia has been published by The British Museum Press. The 190-page publication accompanies an exhibition of the same name organised at the British Museum from October 2013 to March 2014. Fascinating texts by Elisenda Vila Llonch, curator of the exhibition, are accompanied by 200 superb colour reproductions in a beautifully produced catalogue. The author uses technical terms throughout but these are explained in a detailed Glossary making this book fully accessible to all readers.

The author explores the peoples of ancient Colombia, their traditions and beliefs, through the artefacts they created, from sacred gold objects to superbly crafted stoneware made between 1600 BC - 1600 AD.

For these ancient communities gold was not valued as a currency. Instead, it was used to fashion incredibly complex and technologically advanced works of art as well as functional items including textiles, feathered ornaments, containers and body decorations. Gold was especially prized for its symbolic associations and the author explores the connections between this precious metal, intoxicating substances, transformation, transfiguration and supernatural spiritual power.

The Legend of El Dorado

The author looks at the truths behind the fascinating myth of El Dorado – 'the gilded one', citing the Spanish chronicler Fernandez de Oviedo[1] and Bogotá-born Juan Rodríguez Freyle[2].

Oviedo first refers to El Dorado in his Historia general y natural de las Indias (1535-48). Oviedo's account describes a 'golden king', probably a chief of the Muisca people. Both Oviedo and Freyle describe a ritual at Lake Guatavita, near Bogotá, which apparently lead to the legend of El Dorado. A Muisca leader, his body covered in gold dust, floated to the centre of the lake where he and his attendants threw gold, gems and sacred objects into the waters. At the conclusion of the ceremony was acknowledged as ruler.

Beyond El Dorado examines more than 100 exquisite artefacts made in gold and its alloy, tumbaga, including small votive figures – tunjos, decorative nose rings and earrings, pectorals, masks, containers and funerary items. These are accompanied by textiles, ceramic figures, shells, stone beads – all highly valued objects, many used regularly in daily and ritual ceremonies.

The items have been selected from the comprehensive holdings of the The British Museum and the Museum del Oro in Bogotá, two of the world's finest collections. Of the many different ancient Colombian communities at least six were known to be highly-skilled metal workers: the Muisca, Quimbaya, Calima, Tairona, Tolima and Zenú, and it is these communities whose works are examined in this book.

Beyond El Dorado power and gold in ancient Colombia opens with a Timeline, Map and Introduction, followed by four main chapters: 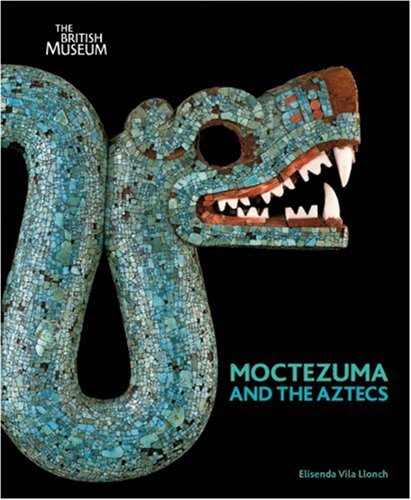 Beyond El Dorado power and gold in ancient Colombia provides a permanent record of an outstanding exhibition on show at The British Museum from 17th October 2013 to 23rd March 2014. 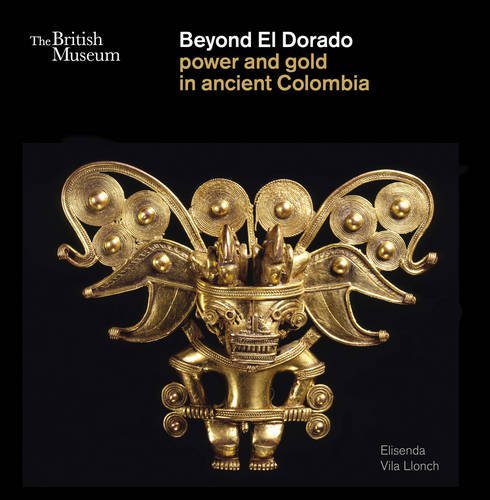