I Found Aladdin's Cave Last Weekend And It Was Filled With Treasure - Orchids.

A couple of weekends ago we went to a wonderful gallery in Sonoma called Cornerstone. In it is an exotic salvage yard and there I met Dave, the salvage yard owner,  who took one look at me and knew I was an orchid lover. (No, no, it wasn’t the orchid behind my ear)!

He told me to get myself to Bolinas the following weekend to the California Orchids bi-annual sale. He also advised me to be there at 9am otherwise everything I ever wanted would be gone.

I am an ardent, if sloppy, orchid lover and since moving to the States have been delighted to find that Phalaenopsis are very easy to grow on a window sill. In fact, I bought a couple a year ago this month when we moved into our new house and they literally have not stopped blooming. As one stem starts to fade, another puts out its feelers. I think part of it is the fact that I’m actually feeding them for a change.

I have looked online for more varieties of orchids in my area and have been very disappointed in the lack thereof, so was delighted to discover this soon to be revealed gem in my extended back yard.

Bolinas is a wonderful village in Marin with a bunch of eccentric people in it who don’t want you to know that the place exists. Whenever a traffic sign leading the way to Bolinas is erected, a concerned Bolinas citizen takes it down.

I had the address from Dave, however, and we found the place at 9.15am, to discover a long line of cars along the roadside. I thought we’d probably find a nice display inside and hoped the best had not, indeed, hit the road.

I wasn’t prepared for Aladdin’s Cave, though, nor the throng of buyers, as opposed to thieves, wandering around there in, happy yet bemused looks on their faces as they agonized over which of the hundreds of jewels they should take home. I have a few photos here but, sorry, don’t know the names of most of them. It had to be seen to be believed and I was too overwhelmed to take notes. It was the best orchid show I’ve ever been to.

I had taken cash with me, knowing that I’m incapable of rationing myself at plant sales, but my husband was so overcome with the beauty of it all (and he’s only a second-hand orchid lover) that he whipped out his credit card and bought a couple of his own!

Off With Our Booty

We came home with at least ten plants to add to the dozen already living here and absolutely nowhere to keep them once they have finished flowering, or even whilst they’re flowering for that matter. I now have orchids on the lounge window sill, the kitchen counter, the kitchen table and upstairs in my office, not to mention the one in the courtyard.

Some people don’t have the space to keep orchids once they’ve flowered, others can never get their plants to re-flower due to the wrong growing conditions and others simply throw these beauties away once they’re done.

Here’s the ingenious part, however. California Orchids is sensitive to my and many other part-time orchid growers’ dilemna. They will actually board your orchids for you once they have bloomed and will nurture them and make sure that they re-bloom and will even drop them off at your house in time for you to enjoy them all over again and then fetch them again when they’re done. How’s that for value added service? I think they have three orchid houses besides the huge one we visited, and much of that space is for happy orchids which would otherwise have been thrown away. 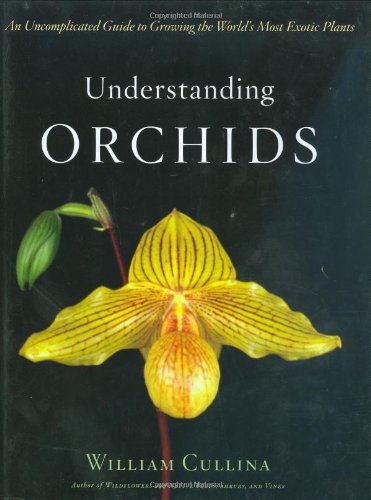 Understanding Orchids: An Uncomplicated Guide to Growing the World's Most Exotic Plants Amazon Price: $40.00 $17.38 Buy Now(price as of Jan 23, 2016)
Next >> How to Keep Raccoons Out of the Garden - Don't Let Your Yard be Their Midnight Buffet

5 Simple Ways To Brighten Up Your Garden