Joanne is self employed and loves to write about a variety of subjects, particularly health, food, pets and travel.
InfoBarrel is a writing platform for non-fiction, reference-based, informative content. Opinions expressed by InfoBarrel writers are their own.
InfoBarrel > History > 1900-1945

Bonnie and Clyde are the notorious gangsters who embarked on a two-year crime spree in several states.  Clyde had a criminal history from an early age.  However this was not the case with Bonnie.  They would spend the last two years of their lives committing crimes and evading law enforcement.

Bonnie and Clyde became house hold names when photos of them emerged and were published in newspapers around the country.  The brazenness and audacity displayed in the pictures was shocking.  From that point on, the pair were front page news.

Almost 80 years after their deaths Bonnie and Clyde remain two of the most legendary outlaws of all time.  There were many gangsters in the 1920s and 1930s, but this particular story was about a man and a woman on the run.  They were even romanticized by some.  John Dillinger and Pretty Boy Floyd were involved in similar criminal activities at the same time.

Bonnie was born in 1910 in a small Texas town.  She was very young when her father passed away.  Her mother moved Bonnie and her siblings to the Dallas area.  This allowed the mother to find employment and live with her parents.  This would give the family as normal a life as possible.

Bonnie actually excelled as a student, particularly in English.  She loved to write, and was good at public speaking and poetry.

Bonnie Parker's life changed when she met a young man named Roy.  Although they were just teenagers at the time, they decided to marry. Bonnie quit school.  Roy was often in trouble with the police and spent time in jail.

Bonnie and her husband split up but did not get a divorce.  She returned to her mother and got a job as a waitress.  A customer who ate at the café was one of the men who would ambush Bonnie and Clyde in Louisiana a few years later.

Life in Dallas was not enjoyable for Bonnie at all.  She kept a diary and wrote about how isolated and bored she was.  She also felt very lonely much of the time.

Although the exact date or circumstances are not known, it is believed Bonnie first met Clyde in 1930.  Their joint crime spree began in the spring of 1932.  Bonnie would stay loyal to Clyde for the rest of her life.

Clyde was born in 1909 in Texas.  He had six siblings.  The family lived in terrible poverty.  They were so poor that they didn't even have a home for several years.

Clyde turned to a life of crime to support himself.  While still a teenager he was arrested for theft.  He started stealing, and it was not long until his brother Buck joined him.

When Clyde was 18, he found a regular job.  However, his criminal activities continued.  He carried out several robberies over a two-year period.  After multiple arrests, he was finally sentenced to prison in 1930.  While there he killed another inmate who had abused him.

He was paroled in 1932, and at that time he got together with Bonnie.  The two were smitten with each other from the time they first met.  Together they would be responsible for a horrific crime spree. They carried out multiple robberies, kidnappings and homicides.  Their victims included law enforcement officials as well as civilians.

Bonnie and Clyde found others who were willing to be involved in various criminal activities.  They spent a total of two years on the run.  During this time,  a few other  people were part of their gang.

At first, they were stealing from stores and gas stations.  Bonnie was arrested, along with another member of the gang.  Clyde and another gangster killed a store owner during a botched robbery during the time Bonnie was in jail.

Following Bonnie's release, she immediately returned to Clyde.  At this time the violence escalated.  Law enforcement officials as well as civilians became their victims.  One of their victims was a man with a young family who was killed while they were stealing his automobile.

1933: The Capture of Jones, Buck and Blanche

In the spring of 1933, Clyde's brother Buck was released from jail.  He and his wife Blanche immediately headed to Missouri where the rest of the gang was hiding out.

It was later claimed that Buck and Blanche went there in trying to convince Clyde to turn himself in to the police.  There is no way of knowing for sure if this is true.  What is known is that Buck participated in later robberies and killings.  Buck was captured by police later that year.

There is no evidence that anyone was coerced into joining the gang.  One gang member, W. D. Jones, was only 16 at the time he went on the run with them.

Bonnie and Clyde and the others spent time in a hideout, They frequently had loud, boisterous parties and were acting as though they didn't have a care in the world.  These parties involved heavy drinking, and neighbours were disturbed by all the noise.  One day a rifle accidently discharged while Clyde was cleaning it.  A concerned resident called the police, who went to investigate.  They did not know their true identities, but suspected the group may be involved in bootlegging.

The gang all managed to escape unharmed, although they were caught by surprise.  At this time two policemen were killed.  In their haste to escape, they left all their possessions behind.  This included undeveloped film.  After the film was developed the photos appeared in newspapers.  Suddenly the gang become front page news as the crime spree continued.  The photos were shocking, as everyone appeared happy and without a care in the world.

For the next few months, they travelled from state to state, robbing banks and stealing cars. Some of their victims were kidnapped and later released unharmed.   Most of their encounters did not end this way, however, as they had no hesitation to shoot at anyone.

In the summer of 1933, Buck sustained a bullet wound to the head.  Blanche was also injured, but amazingly they both managed to escape with the others.  However, just days later Buck and Blanche were captured. Buck died a few days later from his injuries.

Bonnie and Clyde decided to return to Dallas after Buck's death,  At this time W. D. Jones returned to his home town.  A short while later he was arrested.  Jones would claim he was an unwilling accomplice to the crimes.

Both W. D. and Blanche would spend several years in prison.  After their release they lived quiet lives and turned from their life of crime.  Blanche wrote a book about her experiences with Bonnie and Clyde and the gang.

Early in 1934, Clyde orchestrated the escape of several prisoners from the same place where he once spent time.  The brazen raid, along with their continuing crime spree, caused public outrage.

One of the prisoners who escaped in the raid took the pair to his parent's home in Louisiana.  Bonnie and Clyde had no way of knowing he would end up helping law enforcement.  He tipped the police as to their whereabouts.  Law enforcement  officials ambushed Bonnie and Clyde on a desolate road on May 23rd.

In a very ironic twist, an undertaker who assisted in the embalming of the bodies had been kidnapped by the gang the previous year.

The Aftermath of the Deaths of Bonnie and Clyde

News of the deaths of Bonnie and Clyde spread rapidly.  Huge crowds of people began to gather, and soon it was a circus like atmosphere.  People weree grabbing scraps of clothing or anything else they could as macabre souvenirs.

Thousands of people came from miles away to the scene of the ambush. Later thousands more attended the two funerals.  They were buried in different locations.

There were so many gangsters in the 1930s that it is known as the Public Enemy era.  Female criminals are quite uncommon, particularly when so much violence is involved.

Every year on May 23rd, a gathering takes place at the exact spot where they were killed.  The best known movie about them is the one staring Warren Beatty and Faye Dunaway.   It wasn't entirely factual, but then I don't know of any movie based on historical events that does not take at least some liberty with the facts.

A two part television movie about Bonnie and Clyde was featured on December 8th and 9th, 2013.   It was not an accurate portrayal as many critics pointed out. 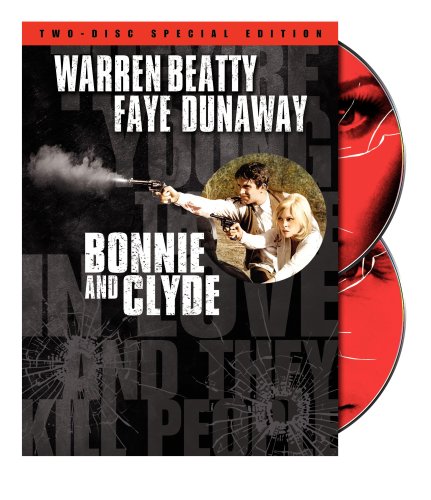 Bonnie and Clyde (Two-Disc Special Edition) Amazon Price: $19.96 $6.99 Buy Now(price as of Dec 29, 2014)
Warren Beatty and Faye Dunaway did a great job as the leads in this film. Gene Hackman plays Buck and Estelle Parsons was Blanche.
Next >> The Sinking of the USAT Dorchester and the Incredible Acts of Bravery That Tragic Night