The long time tradition of Britons and Americans trading comedies has given us some really great things to watch. Over the years we have shared such comedy greats as Monty Python all the way through until Anchor Man. Although there are some differences in style, the enjoyment on both sides has been vast. Many of us can chart our comedy history back as far as Cheers and Fawlty Towers and DVD box sets have given us the opportunity to enjoy comedy greats such as MASH and Hancock’s Half Hour.

Today, there are many more great comedies that Britain has to offer. The chances are that you’ve either seen some of them or perhaps you have at least heard of them. If you haven’t, then please check them out. Here are five of the UK’s funniest sitcoms.

You’re going to need to have some sort of knowledge about English history in order to get the most out of Blackadder. Each series (season) follows the main character throughout a period in British History and the other characters also appear in each period. Edmund Blackadder first comes to us as the son of Richard IV and is set in 1485. The series is very different from the later offerings and although many people don’t rate is as highly, there are some truly brilliant scenes and snippets of dialogue. The script is very well done and it uses a lot of Shakespearean language. Don’t worry too much about the language. It isn’t difficult to understand and the language is mostly used for comedic effect.

The Blackadder theme from series 1.

The second series, Blackadder II, is set during the reign of Elizabeth I and sees Edmund as a Lord. It has us believe that the Blackadder family tree has branched away from royalty and into the upper echelon of society. The part of Elizabeth is played by the brilliant Miranda Richardson and Stephen Fry gives a superb portrayal of Lord Chamberlain Lord Melchett. The characters are much more developed in Blackadder II and Edmund has a fully developed personality of a dry, sharp, witty, and extremely sarcastic man who constantly works to survive in a world populated by dimwits, morons, and idiots. Some of the lines in Blackadder II are so well crafted that one wishes that people in everyday life would give us the opportunity to use them for real.

Blackadder tries to hire a ship and Captain. 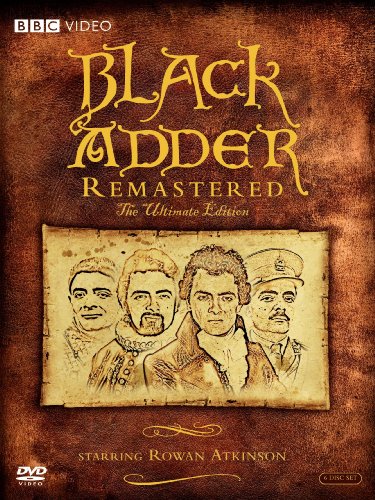 Blackadder the Third is set in the Regency period of British history, and this time, Edmund Blackadder has had his family name demoted in the class structure again. He is the butler to Prince Regent, The Prince of Wales, and his acerbic attitude is enhanced by the complete opposite to his cunning, witty, intelligent character. The Prince of Wales, played by Hugh Laurie of House fame, is dim, idiotic, and totally vacuous. Edmund is constantly pulling the wool over his eyes and taking advantage of him to hilarious effect. There are lots more historical references, including an episode where Blackadder encounters the foppish Scarlet Pimpernel, and characters played by British acting greats have many amusing cameos.

In the final series, Blackadder Goes Forth, Edmund reappears as a British Army officer during World War I. The series focuses on Edmund, Hugh Laurie’s character Lieutenant George, and ever loyal Baldrick as they live out their final days in the trenches. Blackadder seems like he is the only person that sees the war for what it really is, a useless waste of human life, and he tries everything possible to get out of having to go “over the top”. Stephen Fry returns as General Melchett and he and his assistant, Captain Darling, taunt Blackadder from their headquarters far behind the front line. The script for Blackadder Goes Forth is another example of the outstanding writing ability of Ben Elton and Richard Curtis. Each episode is full of catchy one liners that will remain favorites long after you’ve finished watching the show.

Hopefully the clips above have given you enough to make you decide whether you’d like to see more of Blackadder. It is one of the strangest, but well crafted, subjects to make a comedy series on. Not many people would think to create a recurring character and show him developing over the course of a few hundred years. The concept sounds odd but it really works. Blackadder is one of Britain’s favorite comedies, and although Rowan Atkinson has gone on to many other projects that have given him success, Blackadder is the thing for which he is most appreciated by true comedy lover in the UK. 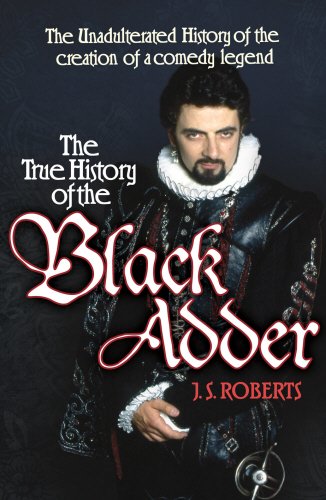 The True History of the Blackadder: The Unadulterated Tale of the Creation of a Comedy Legend Amazon Price: $23.95 $6.98 Buy Now(price as of Feb 23, 2016)
Next >> Lifetime Cable Channel Releases Yet Another Tell-All About Marilyn Monroe