Every nation, I believe, has someone who rises from the ashes, overcome tremendous odds, and gains the strength of character to reach dizzying heights of success. It’s well known that the majority of Africans forced into bondage, and their descendants, experienced severe economic and social limitations that continues to linger to this day. But there were a few of the ones who were enslaved who were allowed access to resources and tools they used to pull themselves out of miserable conditions. Brazil produced one of these amazing people.

Her given name was Francisca de Silva de Oliveira. She was born into bondage and was a product of the country’s long history of racial mixing. The love affair between her military nobleman father, who was Portuguese, and her African mother wasn’t looked upon as scandalous, except in the eyes of the church. It was, in fact, encouraged by every other segment of society and was openly expressed.

Francisca grew up in a mountainous region in Brazil. There, nomadic farmers, Portuguese bureaucrats, freedmen, and courtesans, lived, worked, and intermingled harmoniously.

Not much else is known about her early life, though. We do know she had three slave masters. The first was the father of two of her six sons. He then sold her to a minister who was forced to sell her to one of the wealthiest men in colonial Brazil.

Joäo Fernandes de Olivera was a rich diamond mine owner and administrator in the same town in which Francisca grew up. His romance with her produced several children and they remained companions for 15 years. The goal of colonization in Brazil was for Portuguese men to return to their home country after so many years. This is what Joäo Olivera did. Before leaving for Portugal, taking their four sons with him, he ensured their legitimacy by having them decreed as nobles by the Portuguese courts. He also gave Francisca and their nine daughters their freedom, making her one of the richest women in Brazil. She became a symbol of opulence and beauty until her death. She also symbolized Brazil’s ideal of racial democracy. 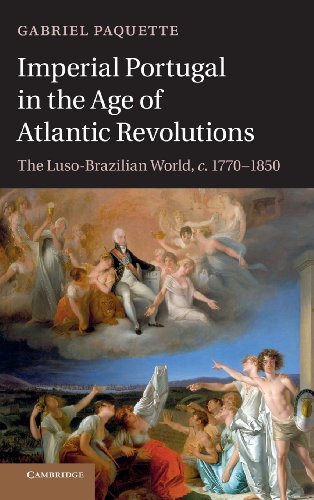 During the days of colonialism, Portuguese Imperialists encouraged amicable race relations and adopted policies to ensure it’s success. This occurred before those enslaved in Brazil were freed from bondage. After they were freed in 1888, many of the anti-discrimination policies were reversed. Unlike colonial America, the Caribbean, Jamaica, and Haiti where racial conflict and cruelty against their enslaved population is well known and well documented, colonialist rulers in Brazil attempted to level the playing field by erasing the stench of bondage from society.

To many indigenous Brazilians, racial democracy is a myth. It has been continually promoted to keep them in their place in order to perpetuate the legacy of bondage. They believe racial democracy denies the existence of racism by not dealing with the problem. If issues with race relations don’t exist, there’s no need to create laws to protect those subjected to racism from the consequences of it. Brazilians claim not to harbor any ill-feelings toward each other based on race. They contend that discrimination based on the color of one’s skin is unimportant.

For example, there are no racial distinctions in Brazil. If you’re a citizen of that country, no matter your race or ethnic origin, you’re Brazilian. This supposed friendly relationship between the races and the idealistic notions accompanying it is promoted around the world. As with any country, whose history is tainted by the brutality of bondage, there are always deeper issues hiding under the surface. Racial democracy is, at best, a romantic delusion.

From Lowly Servant to Queen of Diamonds

This was the atmosphere in which Francisca was formed and developed her ideologies as she went from lowly servant to Chica, Queen of Diamonds. Before becoming an heiress, Chica is said to have used Joäo’s romantic desires as a way to attain an elevated social standing, as well as, secure a prosperous life for herself. However, the bigger prize for women like Chica was freedom from captivity.

Every woman in servitude, given the opportunity, used these amorous encounters to their advantage. As the property of others, they were not given any choice in selecting their suitors. They just reaped the benefits from it. Their lives were made much easier by doing all they could to protect a way of life these men were willing to give them. It was this “opportunity” that produced the imagery of Chica as a conniving seductress, who preys on men, to acquire financial favor.

Because of Chica’s elevated means and high visibility, she became the embodiment of the oversexed, sensual stereotype that has long been a popular point of reference in the minds of Brazilian imaginations. In order to overcome these unfounded characterizations, Chica in particular, reversed the dynamics of her circumstances and turned it on it’s head, with dramatic results. The victim became the victor. 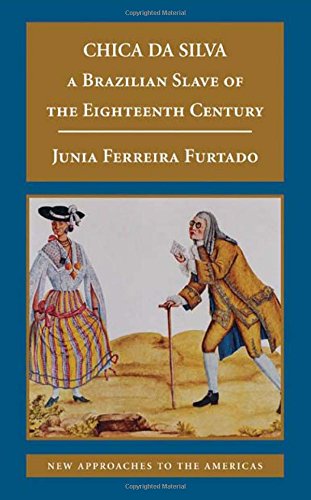 This practice was encouraged by the Portuguese power structure at the time in order to homogenize the darker skinned people. The Imperialists even imported Europeans to the country in an effort to make this grand design possible. This would lead, they hoped, to the population having a lighter hue to gain increased acceptability, in contrast to having a darker hue. Lets face it. The reality is, fair skin has its privileges. Not only in Brazil, but around the world. I don’t accept this concept, that’s just the way it is. Anyone who denies it is not being honest.

After becoming rich beyond her wildest dreams, Chica had the best things money could buy which means she had the ability to erase what was considered a shameful ancestry. If  successful, she could possibly escape the confines of her skin color. In light of the age in which she lived, it’s no surprise that she succumbed to societal pressures to conform to the standards of European beauty, imposed by white society. Exclusivity, institutional racism, and oppression was experienced by former slaves then and is still the norm in Brazil today. It’s just disguised in a different mask.

Under this framework, it’s no wonder Chica:

In addition to using her master’s sexual conquest to her favor, these three additional tactics were tools she utilized in an effort to secure and maintain a certain level of prestige within her wealthy circles.

How Chica da Silva rose from the pit of bondage to become one of the richest women in Brazil is a remarkable feat. No former slave in America or anywhere else, for that matter, could have ever realized rising to such levels of success. The only avenue available to women forced into involuntary servitude was to take advantage of the resources available to them.

Chica accomplished this for the purposes of obtaining freedom and prosperity for herself and her children. She climbed the ladder of success by turning her enslavement into a tool she used as a catalyst out of subjugation. Doing so secured a life of luxury that allowed her family to escape the taint of racial discrimination, by any means necessary.

All of these factors combined helped to solidify her place in history as Queen of Diamonds.