My husband Jim has itchy feet. He has to travel to new countries to relive this ailment and satisfy his curiosity about people and places around the world. I am equally in love with travel and explore natural medicine, food and local crafts in particular. We travel our way - two grey haired maniacs with limited luggage on a hairy itinerary. We take the journey and experience what each place has to offer. We seem to bond with simple local folk who in most cases become part of our extended "family". But the best part is sharing the journey back home, with our own people in South Africa. I learn to prepare some of the dishes we enjoyed in other countries and adapt the recipes to suit our conditions. We entertain friends with videos and slideshows. We are therefore happy to share our experiences at Info Barrel. Happy backpacking on the small screen!
InfoBarrel is a writing platform for non-fiction, reference-based, informative content. Opinions expressed by InfoBarrel writers are their own.
InfoBarrel > Travel & Places > Places > South Africa

Join us for a ride through the African Bush

We live in South Africa and love to travel overseas at least once a year. But this time we stayed on our own continent to see why people from around the world love to come to africa. To see the big five, of course. I felt ashamed. I have tried to see lions out in the open for the past five decades. Even at the Addo Elephant Park near to Port Elizabeth, my sister returned with stunning pictures of lions. We took a trip to the same place but did not see any.

We did our own travel research on the internet and found a reasonably priced game lodge to stay at. The Mowani Safari Game Visitors to Africa need to attend to inoculations and travel documents and you can read about this from other contributors to Info Barrel .  The Mowani Lodge is situated on the spreading banks of the mighty Chobe River. We made a booking at the reception desk for a safari at dawn. Lions? Perhaps this was going to be my lucky day. The lodge is gloriously luxurious yet casual. It has generous views of the river and beautiful gardens to wander around and soak up the atmosphere.

We jumped into the safari vehicle and wrapped ourselves in the blankets they provided. It was freezing as we sped through the bushes along the sandy road on our way to the river banks. Suddenly we met a cluster of safari vehicles. Tourists were peering into the bushes.

Lions! After nearly six decades Sue Visser from Africa took her first peek at real lions in the bush. They ignored their excited audience and all the revving engines and vehicles reversing in the sand to get a better view of them. They slunk off into the bushes and we consoled ourselves with the spectacular scenes along the river that were teeming with game. No big fives, but plenty of antelope, zebra, birds and all kinds of binocular candy. High density digits for hungry eyes. The recent showers of rain had provided a luxurious green carpet of grass for them to eat.

Soon after that we were face to face with some Wildebeest. One of the big five, also known as buffalo. Nobody wants to mess about with those horns, not even lions. They are magnificent and proud creatures but they have a bad temper and take no nonsense.

Then we sped along the sandy road to the top end of the river. The driver stopped the vehicle and pointed at the bushes. We were the only tour group this time and we sat and watched quietly. A lioness walked towards us and willingly posed for pictures. She had rolled in the mud but that did not matter. She roared at us as if to say: "Mrs Visser, are you satisfied now?" I was thrilled. She was no picture postcard but she made my day. Her husband was still lying next to the tree, also covered in black mud. Perhaps this is how they chill out? Our scruffy lioness walked across the road in front of our vehicle and strode into the bush. I wondered if these large cats were going to lick themselves clean that night. Perhaps they would go for a swim. who knows?

We turned back for the return journey and were richly rewarded with animal scenes. We had intimate encounters with elephants, giraffe and antelope. Bush pigs added a comical touch as did the meerkats. The sun was at its zenith and it was gloriously warm. Bush magic.

Do remember to take hats and plenty ow water to drink. Some tour operators provide refreshments but you do need to sip a lot of water and wear a hat. Also take along insect repellents because mosquitoes can have a nasty nip. Most people prefer to wear a long-sleeved shirt for extra protection. Mosquitoes love my husband so I stay close to him and he gets bitten instead. But here there were larger things to worry about - like wild animals, as you can see from the notice in our hotel bedroom.

We were happy, fulfilled and ready to continue with our safari across the Zambezi river and into Zambia. It is an interesting journey. We were driven to the edge of the river to the Kazungula ferry point. On our side there were no buildings or signs of formal business activity. Not even a toilet, so I had to laugh when I took the following picture of Jim walking to the ferry. Elephants can produce a lot of manure at one time.

This part of the Zambezi River borders on four countries, so it is truly an international gathering place. We were on the Botswana side with Namibia to our left. Zambia is above the river and Zimbabwe is below it. The vast expanse of water is a melting pot of dug out boats, motorboats and ferries loaded with vehicles. It is alive with bird calls, buzzing insects and their drone of engines. This is Africa. Some of the truck drivers have to wait around the ferry point for weeks at a time to cross over with their huge cargo trucks. Africans are patient and do not get worked up. They sit in the sun, they chat, drink beer, eat and relax.

We crossed the river in a small ferry-boat in preference to being paddled across in a dugout canoe like the locals. We were on our way to the Victoria falls. The sunset river trip on the Zambezi River is the best way to see game and is a lot safer when hippos, elephants and crocodiles are in view. Plenty of liquid refreshment is provided on what is known as the booze cruise. Many years ago, on our honeymoon we did the same booze cruise and after a few rock shandies we thought there were no toilets on board. Drunken tourists jumped out of the boat into the crocodile infested river to relieve themselves. When we landed we found a tiny loo tucked behind the engine room.

At the other side of the great Zambezi river there is a casual border control centre housed in a scruffy building. Sooner or later your papers are processed in between a lot of chattering and banter among the friendly black officials. They take a stern look at you to see if you resemble the picture in your passport. What happened - had I really turned into such an old lady in a year? They finally let us into Zambia where we raced to the airport to catch a plane to Zimbabwe. We were on our way to the Victoria falls.

At the airport we were thrilled to see an African olive tree growing in the garden next to the statue of David Livingstone. To us this was a sign that medicine really grows at your feet. Olive leaf remedies are used to help prevent and treat Malaria and a number of parasites that are especially lethal here in Africa. I can be contacted for information on how to prepare and use these remedies. All I was looking for was Olea Afra, the wild olive tree. And there it was, also growing in Zambia. Inside the airport building we were met by another cat. Her name was Maria. She belonged to the African lady who was controlling the luggage scanner.

Maria walked through the passage next to the scanner and I captured the scene in the video that accompanies this article. She sat down at the other end with our baggage. "Nothing to declare." She had two kittens and I was keen to take them home. It was quiet at the airport and the black lady came over to chat to us. I showed her twig that I had picked from the olive leaf tree. She was very interested in the medicinal properties I mentioned and asked me if it could help her. She did not elaborate, but there was a sad look in her eyes. I took out the notes that  were in my travel case. I gave them to her and wrote down our website address at Nature Fresh where we offer a help centre with resources and further contacts. We have found these wild olive trees growing in Ethiopia as well.

About six moths later we received an e-mail from this lady who worked at the Livingstone airport. She wrote to say she was doing fine and told us that the olive leaf remedy had helped her very much. She was so happy to find a herb in her own country that did not cost a fortune and was now sharing this information with her friends. Doctor Olive Leaf, I presume? Her cat Maria had another litter of seven gorgeous grey kittens.

Now you can enjoy the movie. Out of Africa, with love from Jim and Sue Visser

Chill out along the Chobe in Africa 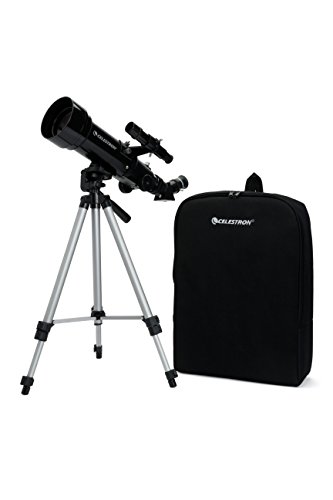 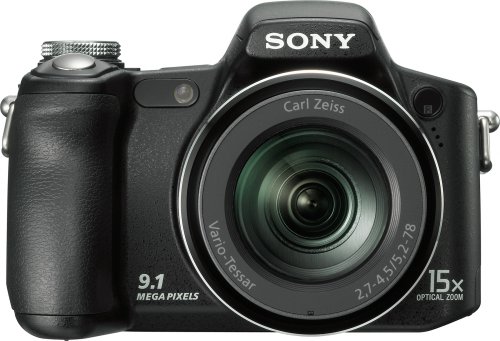 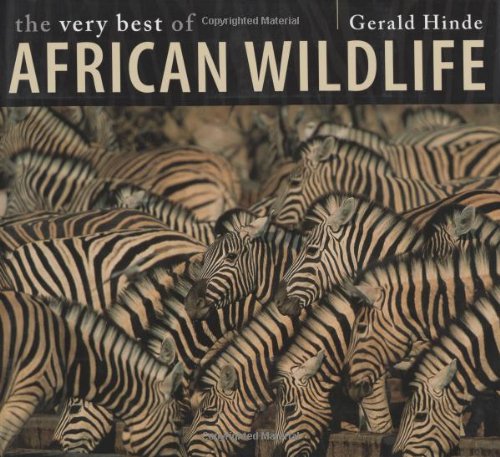 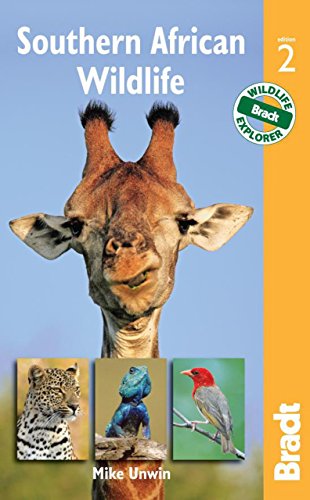 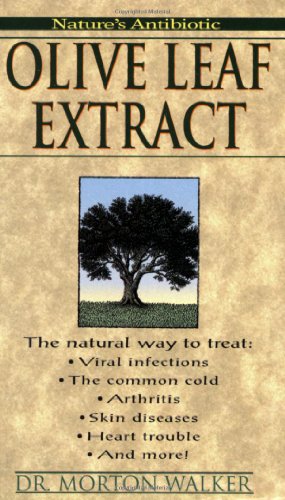