Dining Out at Le Mistral on Market Place in Wirksworth

Le Mistral is a small regional chain of French inspired bistros and wine shops. The branch visited was the one on Market Place in the centre of Wirksworth. There is pay and display parking across the road in Market Place, but none at the restaurant itself.Le Mistral has three normal menus, plus a children's menu; a morning and afternoon snacks menu, a fixed price one, two or three course lunch menu and the a la carte menu. There are also a selection of daily specials, including the desserts. There are also a substantial range of wines, many available by the glass.There are only a handful of tables, plus several stools at the bar, in the upstairs section of the restaurant, but there are more tables downstairs in a brick built cellar. The cellar consists of a number of interconnected small door less "rooms" with tables in each. The table used was in the cellar.The restaurant was visited on a Sunday evening, and the a la carte menu was ordered from. It was moderately busy, with all of the upstairs tables occupied and several of the downstairs ones.Two drinks were ordered, both bottles of Coca Cola.

The starter was Mini Moules which consists of French mussels in a white wine, onion, parsley, garlic and cream sauce, and is served with slices of French bread and pats of butter. There were a fair amount of mussels - about two dozen in total. Often, dishes of this type have very few mussels in them, yet are similarly priced, so the starter was good value for money. The mussels were just a little bit too salty, although that is a matter of personal taste. Unfortunately, no plate was provided to put the empty shells on, which would have been a more convenient place to put the shells than on the outside of the plate; which was the method used. A fingerbowl of hot water with a slice of orange in it was provided with the dish.A larger version of the dish, served with a portion of pommes frites, is available as a main course.This is probably the second best version of this dish had, both in terms of quality and value for money, after the one served at Da Sandro's in Huddersfield.

The Main course ordered was a Rib-Eye Steak with a jug of Sauce au Poivre (peppercorn and cognac cream) - the sauce is an extra and three different flavours of sauce are available - and was served with French fries, garlic mushrooms and salad.The salad was pretty substantial, consisting of mixed leaves, cherry tomatoes, cucumber pieces and parmesan shavings. Each table has a bottle of what looks like a home made oil and vinegar dressing on it, which was used on the salad. There were also a fair number of mushrooms, and they were very tasty, and the portion of chips - which were thin cut chips - was The rib-eye steak - a fairly unusual cut to see as the only steak on a menu - was ordered rare and came the way it was ordered. The steak had very little fat on it, and was nice and tender.

The total cost of the meal was £28.70. Le Mistral is not that cheap a place to eat, but the quantity and quality of the food was good. The steak was, naturally, the most expensive item ordered, and was more expensive than you would see for cuts such as rump. Service was good despite being in the downstairs section. A nice, if somewhat pricy, meal in a restaurant with a fair amount of character. 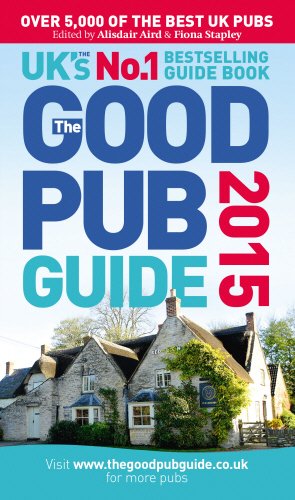