Which Breeds of Dog Are Most Often Given Up To Shelters?

Dogs are supposedly man's best friend. They come in a variety of shapes, sizes, colours and temperaments. There is no doubt a dog to suit everyone but sometimes the choice made over the breed of dog goes astray and the result in an unhappy owner and an equally unhappy dog. When this happens, dogs may be surrendered to a rescue centre in the hope that a more appropriate home will be found. Some breeds are given up in greater numbers than other breeds.

There can be many reasons for this. Breeds come in and out of fashion. While they are in fashion, some potential owners are blinded by what they think they want. They may not do the proper research or may turn a blind eye and deaf ear to traits that should alert them to take care in their choice. Some owners fail to realise how much it costs to keep a dog. Others find grooming and exercise takes more time than they are able to commit. In many cases, the owner is equally at fault as the dog. Inconsistent training (or no training at all), no socialisation, insufficient exercise and lack of stimulation will drive many breeds to display undesirable behaviours.

Research done in Australia listed ten breeds which are dumped most often. Some of these breeds are possibly reasonably common in rescue centres across the globe.

'Aggression' in the survey included being aggressive towards other dogs and animals, biting, and not getting on with children.

One of the main reasons dogs are dumped is because of their aggressive nature. In Australia, the Maltese (above), Maremma Sheepdog and Australian Cattle dog were the top three breeds which stood out as aggressive. For a small, fluffy, white dog to be labelled as aggressive would seem to indicate that breeders are perhaps not paying enough attention to disposition when making their choices of stud dogs.

The Maremma (pictured above) is not meant to be a house-dog but was bred to spend his days on his own in the paddocks keeping guard over flocks of sheep and goats. Like the Maremma, the Australian Cattle dog is a working dog. A certain amount of aggression is acceptable perhaps in these breeds. If working dogs are bored and don't have sufficient stimulation, owners can expect problems.

Maremmas and Irish Wolfhounds did not fare well in the survey but sample numbers were low and the statistics may not be a true record. 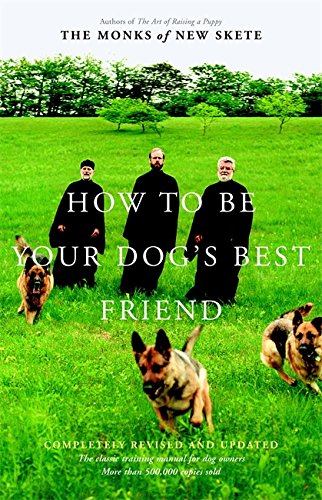 How to Be Your Dog's Best Friend: The Classic Training Manual for Dog Owners (Revised & Updated Edition) Amazon Price: $27.00 $8.98 Buy Now(price as of Jun 8, 2016)
The classic best-seller has been fully revised and up-dated. The Monks of Skete have an international reputation for the wonderful skills of their German Shepherds.

Other breeds which exhibited aggressive tendencies included the fox terrier, Alaskan malamute, Rottweiler, Akita, Australian Silky terrier, Old English sheepdog, German Shepherd and Jack Russell terrier. Some of these dogs need lots of exercise; some were bred as working dogs. 'Aggression' in the survey included being aggressive towards other dogs and animals, biting, and not getting on with children.

Credit: By Ofsilkysdream (Own work) [CC-BY-SA-3.0 (http://creativecommons.org/licenses/by-sa/3.0) or GFDL (http://www.gnu.org/copyleft/fdl.html)], via Wikimedia Commons

Again, it seems wrong that aggression should be linked with small dogs such as the Australian Silky terrier (above) and Jack Russell (also known as Parson's terrier). One of the reasons small dogs have behavioural problems is because misguided owners will persist in treating them like small members of the family instead of like dogs.

Small dog syndrome is well recognised and owners are doing their pets no favours by putting up with bad behaviour from their lapdogs. Handling and discipline should be firm and consistent and dogs should be well aware that their place in the family hierarchy is at the bottom of the ladder – probably even under the level of the cat! 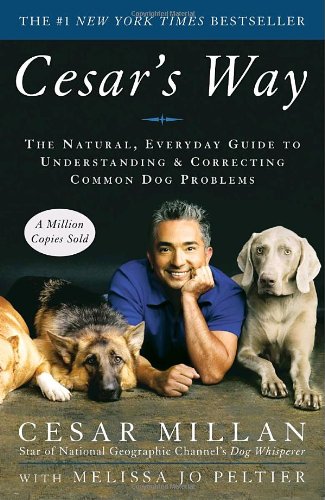 Another common reason for a dog being given up for adoption is because of excessive barking. Some breeds bark more than others. Some individual dogs bark almost incessantly. The Maremma and Bearded Collie came out tops as barkers but again the sample was small. Next in line was, again, the Maltese followed by the Shih Tzu, Basset hound, Australian cattle dog, English Springer spaniel, Pomeranian, bull mastiff, Australian silky terrier, Rottweiler and fox terrier.

If you want a small, fluffy, white dog, you should go for a West Highland White terrier (ab0ve). This breed was the least dumped followed by the Cavalier King Charles Spaniel and the Hungarian Vizsla. Pugs, Airedale terriers, Welsh corgis, whippets, British bulldogs, Shetland sheepdogs, schnauzer and Bernese mountain dogs all made the 'least dumped' list.

Obviously there are hundreds and thousands of Maltese, Maremmas, etc whose owners love them dearly and have no problems with them. However if you are considering getting a dog, pay very close attention to the disposition of the parents (if you're buying a puppy and can view the parents). This applies whatever breed you are considering. There are good and bad dogs in all breeds. So be sure to pay attention to the temperament and don't be side-tracked by what's fashionable. Check out health issues as far as possible, particularly in those breeds subject to genetic disorders. And don't be swayed by small, white and fluffy!