As well as being an avid writer, I am also an enthusiastic gamer, anime fan, movie buff, and love of all things strange. Being as I live with a boyfriend, I am also particularly knowledgeable about cleaning and cooking. You can join me in my adventure of writing for money here at Infobarrel. Sign Up today! Also, I wrote a book! Check out The Guild today!
InfoBarrel is a writing platform for non-fiction, reference-based, informative content. Opinions expressed by InfoBarrel writers are their own.
InfoBarrel > Lifestyle > Holidays & Celebrations

The year of the horse is nigh over, and the year of the monkey is right on the cusp. Monkeys are considered witty and intelligent with magnetic personalities, so 2016 is shaping up to be a bang up year. However, outside a few sparsely placed Chinatowns, the Chinese New Year doesn't mean too terribly much in the western world. Aside from the half-month-long holiday, the Chinese New Year (also known as the Spring Festival) isn't much of a big deal for the Chinese either outside of obligatory tradition. China, being the increasingly business-oriented country that it is, has long since switched over to the Gregorian calendar, but regardless, the New Year does offer up a chance to relax from work or school and spend time with family before another non-stop, action-packed year of working hard.

However, like any good holiday, the new year celebration is also a time to eat. While the foods traditionally consumed by families during the Chinese New Year are similar to those eaten all year-round, there is a special emphasis on the meals. Certain foods are believed to bring more luck than others, so naturally it is best to front load them on the New Year to bring luck all year long.

For example of how food is changed, yet not changed for the Chinese New Year, potstickers and dumplings are popular fare in China. They are eaten for breakfast, lunch and dinner throughout the rest of the year. They are also eaten during the celebration too, but extra effort is put forward. New Years potstickers are specially made to resemble gold or silver ingots to bring wealth in the year ahead and will occasionally incorporate new ingredients like peanuts or bok choy to amp up the luck and prosperity.

For those who have an interest in the Chinese New Year (perhaps to impress the parents of a Chinese girl/boyfriend) or want to gain a little luck after being abandoned by every other deity, there are a number of different foods to eat for a number of different reasons when the Year of the Monkey comes 'round on February 8th.

Oranges are perhaps the most iconic of foods for the Chinese New Year. Not only eating these fruits is thought to bring an abundance of luck, but displaying them is good enough. Thus why they are in a good number of Chinese shop windows when the time comes. According to the Chinese Culture Center of San Francisco, the tradition has initially stemmed from the fact that the word for luck sounds similar to the word tangerine while the word for orange sounds similar to the word for wealth. This, combined with the bright orange color of the fruit being equated to symbolize gold, has endeared the fruits to a number of people. It's best if the fruits have leaves, which symbolize longevity, but never group up the fruits in a cluster of four as it symbolizes death. God help your upcoming year if your mandarin tree only sprouted four fruits.

Noodles have had a long history in Chinese culture. It was in China where the world's oldest known noodles were found, not Italy, which date back 4,000 years ago. However, at the New Year, noodles aren't just tasty belly-fillers; they are a staple as a food and a symbol. Instead of being chopped up into sensible portion sizes, Chinese New Year noodles are kept as long in length as possible to ensure a long life.

Like in most western holidays, during this celebration it is customary to invite family over to chat and eat all your food. Throughout the two-week holiday period in China, most homes will put out a tray of togetherness for their visiting family to nosh on. This tray is filled with eight items (a traditionally lucky number in and of itself) with symbolic meaning meant to ensure a prosperous Ne w Year.

Unlike many holiday trays, the contents usually aren't changed too often though may employ different flavours.

Regardless, the tray of togetherness consists of:

Candied melon for growth and health. Coconut (fresh or dried) for friendship and unity. Kumquat for gold and prosperity. Longans to bring about many strong sons. Lotus seeds for fertility in general. Lychee nuts for strong family ties. Peanuts for longevity. Red watermelon seeds for joy, happiness and truth.

Surround this tray with various candies, chocolate coins and mandarin oranges to ensure that your visiting relatives stay off all your cheat-day snacks.

Specifically, "nian gao" means "year cake," but because "gao" sounds similar to the word for high, the cake has come to symbolize achieving new heights in the coming year. So if you happen to want to aim to be your company's new CEO this year, then this is the cake for you!

That being said, nian gao isn't so much of a cake as it is a bit like a filling you'd find in a cake. Made from glutinous rice flour, brown sugar and oil before being steamed, it comes out with a texture more akin to sturdy nougat rather than fluffy cake.

There are a few other variations of this cake that involve ingredients like white sesame seeds, red dates and/or various nuts for an extra dosage of luck and flavour as well.

Jai is a vegetarian dish popular among Buddhist communities during the New Year to cleanse oneself of all that horrible puppy-kicking and meat-eating from the past year through vegetables. Furthermore, Jai is packed with a number of good-luck foods to front load up on good things all neatly packed in one entree. A serious Jai will include sea moss for prosperity, lotus seeds for fertility, long noodles for longevity, lily buds for a happy marriage/love life, and Chinese black mushrooms for the prospect of fulfilled wishes.

Like tangerines and oranges, whole fish are eaten during this celebration because the word for fish is also a homonym for the word of prosperity. Families and restaurants alike will offer up whole fish with everything save the organs intact and cooked in a number of fun and flavourful ways. The most popular way to cook it is to steam it with ginger and soy sauce.

One of the most important aspects of eating a whole fish during the New Year is to always leave some leftovers for the next day. In doing this, it symbolizes that prosperity will overflow throughout the year. 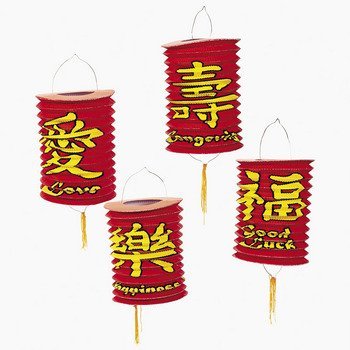