“ARE RIGHT AND WRONG CONVERTIBLE TERMS, DEPENDANT UPON THE POPULAR OPINION”? : A famous quote by William Lloyd Garrison that poses a question to each one of us. Sometimes certain topics are too critical to comment upon, too wide to be simply justified as right or wrong and one such topic is EUTHANASIA. Right away from its outset it has been under huge criticism with a lot of people condemning it and a lot speaking in favour of it too.

Euthanasia or Mercy Killing as it is also called so, is killing of a person who is suffering from a lot of pain and is totally in bedridden state without having any chances of recovery. The law for Euthanasia states that any incurably sick person may request to end his suffering if conscious and if equipped with a capacity of discernment. It is categorised mainly in three sub types:

The pro euthanasia group supports its use on the reason that it allows a patient whose recovery chances are null to get out of unbearable and intolerable pain, it also allows the family member to come out of a mental trauma that they have been subjected to looking at the patient’s condition regularly and the most absurd one that it relieves the family member of their financial burden and the hospital of its resources which then could be used to treat other patients. But the question, Are these reasons strong enough to take a patient’s life, Is any reason supportive enough to justify the killings, still stands unanswered.

Amidst this hazy scenario, came a horrifying move from Belgium to allow euthanasia to terminally ill children of all ages which makes it first nation in the world to do so. Netherlands was however the first nation to allow mercy killing of children over 12 years. How can one measure a child’s discernment to request euthanasia? Ironically, despite of revolutionary technological advancement, the technological era we live in, where we are capable of tackling the most deadly diseases, Euthanasia not only exists but it exists with supportive reasons justifying its practices. We must rather develop alternatives to euthanasia and we surely are capable of. Patients should be treated with special care and concern. The physical, social and psychological needs of the patient and his family should be understood and attempts should be made to adhere to these needs. Financial burden which is a root-cause to mental distress should not be imposed and certain compensation shall be granted. Condoning the murder of people is immoral and sinful. Devaluing the life of a human because of his disability is hateful, discriminatory and highly unethical.

There can be no  reason strong enough to justify the killings and if some of them try to, we shall be ready with even stronger ones to suppress them!

#There is always an optimistic approach. 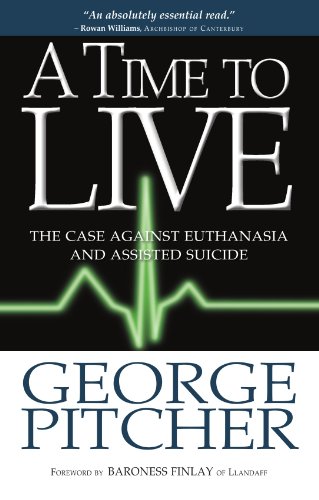