The first few minutes of Gotham, a Batman prequel action/drama, allows the Fox Television Network (with its dodgy history of runaway hits—The X-Files—and abysmal misses—Greg the Bunny) to chalk up another scripted show in the “win” column.

The September 22, 2014, début of Gotham (8:00 PM Eastern) proves television can plumb older concepts and yet still make them fresh.

Revisited/ReduxStarting in 1939 with his début in DC’s Detective Comics (#27), through two matinée serials in the 1940s, and despite the horrendous camp of the mid 1960s’ television series the character of Batman has been a fan favorite for 75 years.  The recognizable icon remains writ large on the landscape of Americana, and big screen adaptations starting in the late 1980s have done well regardless of poor casting choices in a few cases for the Batman.

Twice-told tales rarely do well, but in the case of Batman, it seems too many retellings are never enough.  The Fox Network, as a response to prime-time sagging ratings in a key demographic (18- to 49-year-olds) decided to take a serious chance on something unusual: a Batman series that does not feature Batman!

The program is called Gotham.  This long-awaited offering does something interesting in that the focus of the show is not Batman (yet) but instead centers around the future Commissioner of Gotham City’s Police Department, James Gordon (played by Ben McKenzie).

New SpinsThe pilot opens with a budding Catwoman (a teen Selena Kyle, age thirteen and a street kid), stalking the city of Gotham at night in her natural guise as a pickpocket/cutpurse.  She is dressed in black leather with steampunk-style goggles perched atop her head.  She jumps from rooftops to street awnings, landing inconspicuously down among the masses where she can be seen pulling a knife, slicing a man’s overcoat pocket, and relieving him of his wallet.  Her mark discovers the theft almost immediately and chases her—she makes good her exit using a handy fire escape and a nearby roof.  Taking a breather in an alleyway to check her swag she sees a man, woman, and boy walking into the mouth of the alley.  Hiding in a doorway she watches as a mugger approaches, relieves the man of his wallet and the woman of her expensive string of pearls at gunpoint and then shoots them both dead in the presence of the adolescent boy, Bruce Wayne.

From there, the legend begins.  James Gordon, a rookie detective fresh off the streets as a beat cop is assigned the mugging murders of Thomas Wayne, billionaire industrialist, and his wife.  We meet young Bruce, traumatized by his parents’ murder.  Gordon’s senior partner is Det. Harvey Bullock (played with crusty cynicism by Donal Logue) who has been on the job for too many years and would prefer to do as little police work as possible.  A subtext here is it is learned the police department and the mayor’s office are all corrupt, under the influence of a big time organized crime boss.  Det. Gordon will become the lone voice for truth and justice in the department after learning that hard fact of life.

Character insertion was thoughtful and thought-provoking.  A very pleasant surprise was the introduction of a female mob leader named Fish Mooney (played gorgeously and

Credit: Jessica Miglio/Foxconvincingly by Jada Pinkett Smith).  She is a night club owner (the club is obviously a front for other illegal activities) and she is known intimately by Det. Bullock.  Mooney does not hesitate to get her hands dirty; in the opening scenes she is in a rain-soaked alley beating the tar out of one of her male employees whom she believes embezzled from her.

Of more interest is the sycophantic lickspittle standing to her left, holding an umbrella over her head to keep the rain off her.  Oswald Cobblepot is ghoulishly pale, with rank black hair, snaggle teeth, and dark rings under his eyes.  He also has a nearly-debilitating deformity: his feet are splayed so far outward that his shuffling gait (combined with his penchant for dark suits, white shirts and a truncated tux tie) has earned him the (hated) nickname “Penguin” from Mooney’s enforcers.

We learn Oswald had been taken in and cared for by Mooney—later in the show he betrays her to the police, forcing Det. James Gordon to pretend to shoot him in order to show the city’s main crime boss (for whom Fish Mooney works) that he can “play ball” with the status quo. Gordon has no intention of doing any such thing—he is resolved to clean up the police department while finding the real killer of Bruce Wayne’s parents.  [A two-bit thug named Mario Pepper was framed for the Waynes’ murders and was killed during an arrest attempt by Det. Bullock. During the initial confrontation with Mario in the background we see his daughter—about Bruce Wayne’s age—caring for her plants in their shabby tenement; she will become Poison Ivy.]

Golden Age AgainGotham is taking some risks in hopes of gaining an audience.  For starters, the focus of the show is not Bruce Wayne or Batman.  A lot was thrown at viewers in a very short time.  Edward Nygma (the future Riddler) is introduced: he is employed in the police department as a ballistics/evidence technician.  And the close relationship between James Gordon and the future Batman is cemented when Gordon tells the kid he will find the real killer of his parents.

With Bruce Wayne being about twelve years old in the series (slated initially for sixteen episodes) it is interesting to note how much older his future nemeses are than he.  Oswald Cobblepot and Edward Nygma are adults.

The writing on the show is excellent; time is being taken to develop the characters and their back-stories.

There are a few head-scratching moments, though.  James Gordon has a fiancée named Barbara Kean, an art gallery owner.  Hinted at in the pilot is a past lesbian relationship between she and a female major case detective, Montoya.  Why that was thrown in is unclear, but it made for an interesting twist on what might have been a typical stock character (as played by the stunning Erin Richards).  And future Poison Ivy’s last name in the show is “Pepper”, not what it should be.

The violence was not of the cartoony “Biff!”, “BLAAAMM!!!”, and “UNFFF!” type either.  People got shot, blood was shed, and heads were busted.  Perhaps the only nod to some of the more contrived “tortures” one might have seen in the old comics (and certainly in the crummy series in the mid Sixties starring Adam West) was a scene where Gordon and partner Bullock are strung up by their feet by some of Fish Mooney’s thugs in a meat processing locker.  The conversation between the two men hanging upside down (while short) is hilarious.

And a final star of the show is Gotham City itself. The skyline is jumbled and the streets are dirty.  It is bleak.  It seems the sun never shines fully upon the cityscape, with a drab overcast to everything.

This program will work for Fox; it will also work for any viewer whether or not he or she ever cared about the Batman! 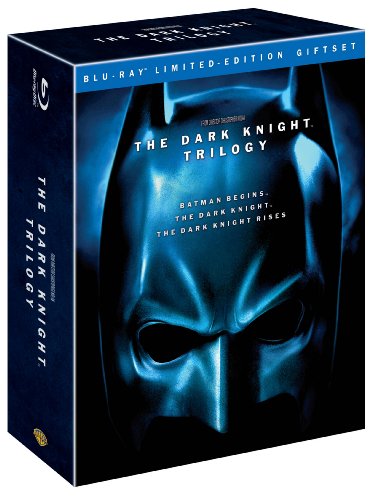 Trucker Man Amazon Price: Buy Now(price as of May 6, 2015)
Next >> Lifetime Cable Channel Releases Yet Another Tell-All About Marilyn Monroe