An exhibition at The Queen's Gallery, Buckingham Palace, features beautiful objects dating from the Early Bronze Age to the 20th century. The exhibition entitled Gold, features more than fifty items carefully chosen from the Royal Collection. It looks at the symbolism of gold and the qualities that make it so special.

Throughout time, and across many different cultures from the ancient Egyptians to the Mughals of India, gold has made ornaments, decorations, jewellery and fine cloth. This special metal has inspired so many myths and legends including the well-known story of King Midas – everything he touched turned to gold. Gold, symbolizing wealth, magic and the sun, and is often used to show royal, political and religious power.

There is a good book entitled Gold: In the Royal Collection which has been published to accompany the display. It's definitely worth buying the book before you go into the exhibition because it features so much extremely interesting information about the items on show. 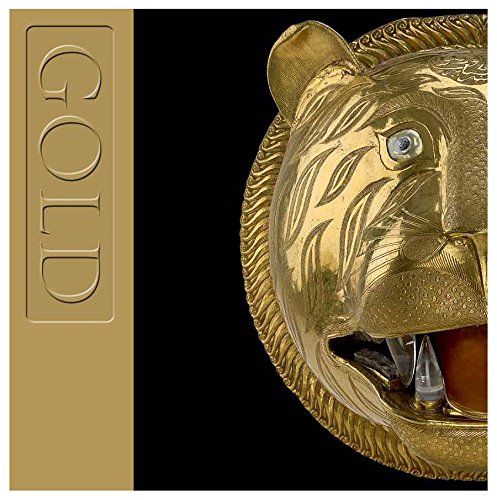 Gold Amazon Price: $39.95 $19.62 Buy Now(price as of Jul 23, 2016)
This book is published to accompany the exhibition. I'd recommend buying the book before you go to the exhibition because it has so much information about the exhibits.

Credit: Copyright image courtesy of Royal Collection Trust / Her Majesty Queen Elizabeth II 2014, used with permission. Discovered in a Bronze Age burial site in Cornwall, England, and dating from about 1700-1500 BC, the Rillaton Gold Cup is an exceptionally rare example of Bronze age gold from Northern Europe, although it has suffered extensive damage. Made from a single sheet of gold, the cup has concentric ridges and there may have been more decorations or patterns that have rubbed off with time. Six rivets and lozenge-shaped washers fix the handle to the cup.

Credit: Copyright image courtesy of Royal Collection Trust / Her Majesty Queen Elizabeth II 2014, used with permission. Also on show is a sumptuous cigarette case created by Carl Faberge in 1903. The Dowager Tsarina Maria Feodorovna of Russia, sister-in-law to King Edward VII, presented the case to the king as a fortieth wedding anniversary gift.

The meticulously crafted and decorative case has red, yellow and white gold and is very typical of Carl Faberge's work.

A sunburst design radiates from the gold encrusted cipher of Edward and Alexandra. 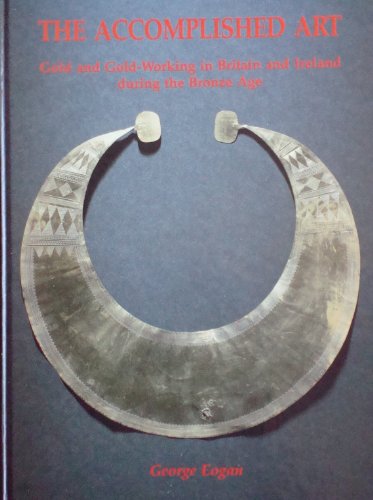 The Accomplished Art: Gold and Gold-Working in Britain and Ireland during the Bronze Age (UK/BA-ART) Amazon Price: $50.00 Buy Now(price as of Jul 23, 2016)
If you'd like to know more about Bronze Age gold and gold-working then this is the book for you.

The Flight into Egypt, a landscape by Italian Baroque artist Pier Francesco Cittadini (c. 1650-1680). This is a pen and ink drawing created on paper completely covered with gold leaf. The thin sheets of gold leaf are applied to paper, on top of a reddish-coloured foundation layer. This is what gives the scene this very warm tone of gold. Cittadini was known for his landscapes and this particular piece was probably created for a wealthy collector.

My final choice is the lavishly illustrated record of the Ceremonial of the Coronation of King George IV in the Abbey of St. Peter's Westminster on 19th July 1821. The book is not only beautiful to look at, but it also has a fascinating story.

Published by John Whittaker in 1823, and printed entirely in gold lettering using a secret technique, the book is bound in brown morocco. It bears the Royal Arms and has some wonderful illustrations showing highlights of the procession. These were engraved from originals by James and Francis Stephanoff. Henry Bohn republished these in 1837 in Sir George Nayler's Coronation of His Most Sacred Majesty King George the Fourth.

Whittaker made just six copies of the book for the crowned heads of Europe and despite a grant of £5,000, he ended up bankrupt.

Gold at The Queen's Gallery

An old cliché says 'all that glitters is not gold' - but in this case it most certainly is. Gold can be seen at The Queen's Gallery, Buckingham Palace, from 7th November 2014 to 22nd February 2015. Tickets and further details will be found at the Royal Collection website.

More About Gold on Infobarrel

Infobarrel is a rich source of articles about gold, and gold working, including: