InfoBarrel is a writing platform for non-fiction, reference-based, informative content. Opinions expressed by InfoBarrel writers are their own.
InfoBarrel > Health > Diseases & Conditions > Diabetes

As someone who has recently been diagnosed with “Pre-Diabetes” I have to say that changing to a grain free diet has instantly changed my life and how I feel.  Pre-diabetes is when your numbers are high but not quite high enough to be diagnosed with Type 2.  In my case my pancreas got things back under control overnight but then during the day the numbers would rise.  I was told without changes, that eventually it would not control blood sugar properly at all.

I will say right now, that I am not a medical Doctor or any kind of medical professional, but I can only tell you how I feel, and that is a whole lot better than I did just a short 3 weeks ago.

I had not been feeling my best for the last 6 months or maybe more, I am not sure, as it came on so gradually I just didn’t realize how badly I was feeling until I changed things.

My family has been through some pretty nasty stresses and bad experiences for the last few years and I assumed it was stress making me feel “unwell” we had a lot on our plate.  I had packed on some weight and was trying very hard to get it off as my blood pressure was high.

But finally about a month or so ago, I started noticing some things that I was not sure about, such as odd feelings, bit light headed, and heat in my face (I thought it was part of menopause) always hungry, heart pounding and a funny taste in my mouth.

The final straw was after eating a piece of cake at my son’s birthday party for dessert and getting a really bad headache within an hour of eating it and having to go home.

My last medical I was fine and that was less than a year ago, so I made an appointment to see my Doctor and told her the scenario and also that I had been trying to lose weight by spacing my meals out over the day into little snacks but it wasn’t working.

She ordered a glucose tolerance test.  This is where you fast for 8-10 hours overnight, and they take a blood sample, then they get you to drink this very sweet drink that tasted like Orange Crush to me.

I then had to hang around and relax for 2 hours, so I had come armed with magazines.  I was fine for the first 45 minutes or so, then the familiar weird heat, funny taste, odd feeling and heart pounding started but more intense than I usually feel.  I suddenly had an “ahaaa” moment as I recognized this feeling and realized it was the sugar.  But I don’t eat simple sugars normally except for that occasional birthday party or special occasion.  I don't eat cookies or anything sweet.

At the 2 hour point I actually felt better but a bit of a hangover effect.  They then took my blood again at the 2 hour point.  After that I was told I could leave and I could have eaten a horse at that point I was really hungry.  So, found a coffee shop and ate.

It wasn’t long before I was called in, and told that I was lucky enough to have a good fasting blood sugar but at the 2 hour point it was too high.  I had Pre-diabetes, I was told I had a small window of opportunity to get this under control before the next stage which is Type 2 Diabetes.

My Doctor set me up with an appointment to see a dietician, but couldn’t get me in for over a month, so she told me to cut out simple sugars and back off on bread and only eat whole grains and sent me home.

Whole Grains Had Same Reaction as Sugar Did

Once home I paid close attention and realized that no matter how supposedly whole and pure the grain was, I got that same reaction as in the test.  I had been eating smaller meals often to help lose weight and I was actually feeding this high sugar all day as each of my snacks would have some kind of grain in it.

Steel cut oats was my breakfast with nuts, and I felt that same feeling within 45 minutes of eating them.  I then phoned an old friend in another city who I knew had the more serious Type 2 and I asked her about food.  She surprised me by telling me that she was not able to control her diabetes until she cut out all grains and starches.

Once she had done that her blood levels normalized and she felt good.  I was surprised and shocked because like most people, I had been raised to believe that you needed good whole grains in your diet along with protein, veggies and fruit.

Kicked Grains to the Curb and Came Back to Life

I decided to start my new grain free diet, actually I cut that word out because it is a lifestyle change rather than a diet.

It was hard to do for me.  But I went shopping and filled my refrigerator with lots of my favourite veggies and some berries for fruit.  I simply filled my plate with more protein and more veggies and good fats.

I was miserable for 2 days, as I kept feeling like I was missing something even though I ate lots of nuts, and meats and veggies.  But I have to tell you the morning of Day 3, I woke up and my head was so clear I almost screamed.  I felt like the “old me” again.  I was amazed.

I had not realized just how unwell I was feeling until that Day 3 of my grain free life.  I was missing my morning oatmeal but I did feel better and those weird hot flushing, heart pounding funny tastes had gone.

I made the mistake a few days later of thinking I could add a little bit of oatmeal back in if I added lots of protein to it, but I got that reaction back again and that scared me enough to kick the grains to the curb.

Is a Grain Free Diet Healthy?

Yes, as long as you fill your plate with good proteins and lots of veggies for fiber.  I quite often eat chicken and salad with olive oil based dressing or oil and vinegar and feel full.  I can eat dairy without any effects so there is another protein choice.  Natural peanut butter on celery is one of my favourite snacks.  Get a good book on the subject and recipes.

I also decided to read and do more research and realized that many grains, especially wheat is high on the glycemic index, so in my case, my body thinks grains are sugar just like that drink and spikes my blood sugar numbers.

I was lucky enough to have symptoms of this pre-diabetes, as many people do not get any until it has progressed to a more serious stage needing meds. 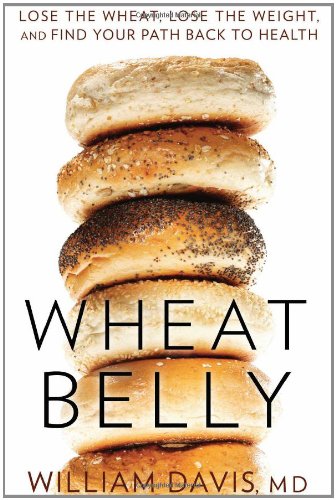 At first I didn’t feel lucky for this, as I missed my grains, but I also read that you can be addicted to wheat and other grains.  Rice is out too for me as it is a grain, so I read a good book called “The Wheat Belly” that is written by a Doctor William Davis who points out the benefits of a grain free diet.  I highly recommend this book for anyone interested in cutting grains from their life.  It also has some really good simple recipes in the back to help you transition to your new life.

I am grain free and feeling great!  No more “unwell” feelings and the scale has started to move in the right direction, down!   I truly feel blessed for this discovery and appreciate feeling well every day. 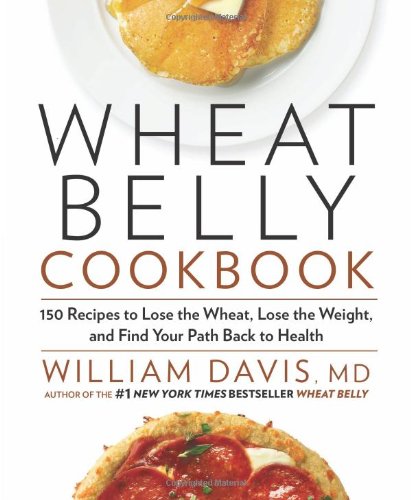 Wheat Belly Cookbook: 150 Recipes to Help You Lose the Wheat, Lose the Weight, and Find Your Path Back to Health Amazon Price: $27.99 $12.99 Buy Now(price as of Jun 8, 2015)
there are loads of creative ways to eat and these recipes will help.
Next >> Insulin Resistance - the Link to Baldness, Cardiovascular Disease and Weight Gain