The Connemara pony is one of Great Britain’s mountain and moorland breeds. It is native to Connemara, a region in the north west area of Galway County on the western coast of Ireland.

The terrain in its native environment is rugged and harsh. Shelter is minimal and the gales which blow in from the Atlantic lash the land with icy winds. The grazing is sparse with small areas of bog plants, grasses, rushes and reeds interspersed with granite outcrops, bogs and rugged hills. Seaweed when times are tough supplies valuable iodine and other minerals. With such an environment, the Connemara has developed as a hardy, sure-footed and agile pony.

While the origins of the Connemara are shrouded in history, oral history states that Spanish horses which survived the wreck of the Spanish Armada in 1568 swam ashore and bred with the original ponies which were probably more like the ponies of the Shetland Isles and Norway.

It is known that Thoroughbred and Arab blood was introduced in the 1700s. Later Welsh Cob stallions were used to improve the quality of the native ponies. Hackneys, Roadsters and even Clydesdales had a hand in the development of today’s Connemara. Such haphazard use of outside influences began to threaten the existence of the purebred Connemara and in 1897 a Royal Commission was set up marking the beginning of the modern Connemara. The Stud Book came into being in 1926, three years after the formation of the Connemara Pony Breeders Society. 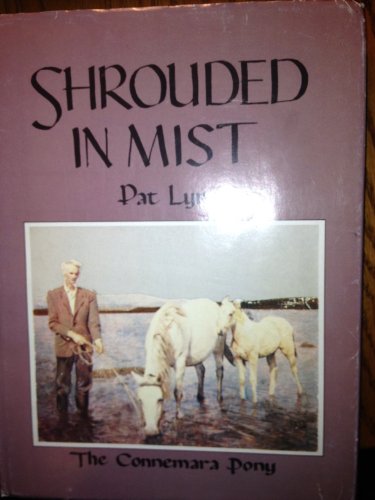 Shrouded in Mist: Connemara Pony Amazon Price: Buy Now(price as of Jan 22, 2016)
This book details the early history of the Connemara pony.

The English Connemara Pony Society was established in 1947 followed by the formation of Societies in various European countries as well as in the United States, Australia and South Africa.

In Ireland’s early days, the Connemara was used extensively for draught work. They had a strong impact on the formation of the Irish hunter and today are willing and obedient participants in many equestrian disciplines. Crossing with Thoroughbreds or Arabs produces superb dressage and sport horses with a naturally safe, clean jump. 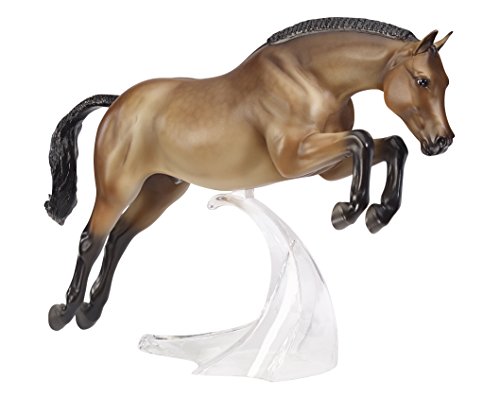 The height range is from 12.2 to 14.2 hh. The larger ponies are ideal for adult riders. They are equally suited to saddle or harness, being sensible and intelligent. They have a tough constitution and are good doers. They will need little in the way of supplementary feeding if they have access to good pasture. Overfeeding (even on too lush pasture) can lead to laminitis or founder. Grey ponies, and there are many grey Connemaras, can be prone to melanomas.

Dun was once the most common colour but greys, bays, browns and blacks now abound with roans and chestnuts less common.

The Connemara is a solid pony with good depth and plenty of room for heart and lungs. Well sloped shoulders make for a comfortable ride. The back, hindquarters and loins are strong and the withers well defined. There should be 8 inches of good flat bone below the knee. The feet are well shaped and hard. He is active and sure-footed on all terrains without showing excessive knee action. The forehead is broad with a large, kind eye. The ears are small and pricked.

The Connemara is a versatile, generous pony, ideal as a mount for children or adults and equally at home under saddle or in harness.  He is truly an all-rounder.