On July 11, 1941 President Roosevelt created the post of Coordinator of Information for General William, “Wild Bill,” Donovan and an 18 person staff. The post became the Office of Secret Services, O.S.S., in 1942. It was the spy service that was forerunner to the C.I.A. He came up with ideas like fitting bats with incendiary devices and dropping them from planes into Japan to start fires. When they tested the idea, the bats dropped like rocks. He had more successful idea to work up a psychological profile of Adolf Hitler.

In 1943 Hitler had power for 10 years. In 1943 there were few signs of German weaknesses. Despite the show of public bluster and optimism, whether the Allies could win the war was far from certain.

Doctor Langer was a psychoanalyst and professor at Harvard University. General Donovan recruited him to head the project for the O. S. S. plan to develop a psychological profile of Hitler. Langer didn’t want to attempt it because he wouldn’t be able to get much first-hand information, and the individual couldn’t be interviewed. Langer doubted its value because the input material would be untrustworthy second-hand information. Donovan gave Langer five months to complete the analysis. Langer agreed and Donovan gave him a staff.

Psychiatry in 1943 was based on Freud’s theories that personality was formed in childhood, and that was the key to successful analysis. For the most part, Hitler had altered and purged his past which made it more difficult to Langer access Hitler’s personality.

Some personal information about Hitler as a child came from Doctor Eduard Bloch. Bloch had been the Hitler family doctor when Adolf was a child, and gave Langer information about the boy’s family life. Bloch was Jewish and fled Germany during Hitler’s rise to power.

Adolf’s father was a drunk, womanizer, beat his wife, kids and the family dog until it urinated. During one of these incidents, he almost beat Adolf to death. Doctor Bloch told Langer Adolf’s mother kept the house abnormally clean. Everything was spotless, far cleaner than what a clean house would be. The couple had five or six children and only Adolf and his younger sister Paula lived to adulthood. Adolf was the third or fourth child. Bloch said Adolf was a frail little boy and felt Adolf’s mother spoiled him and was overprotective. The mother and son were extremely close. Bloch said when Hitler’s mother died of breast cancer, Adolf displayed the worst case of grief the doctor had seen

The information received from Bloch caused Langer to have the feeling that Adolf felt he was special because he lived and had a Messiah complex because two sisters and three brothers died before him. He also felt Hitler’s toilet training may have been stressful because of his mother’s compulsive cleanliness. In Freudian theory the fear of the father could escalate into what Freud called the castration complex and a fear of syphilis. In Mein Kampf, Hitler mentioned syphilis repeatedly, and devotes almost a whole chapter to its ravages. Freud notes it’s not uncommon for someone that has this great a fear of syphilis to have had a childhood genital injury. 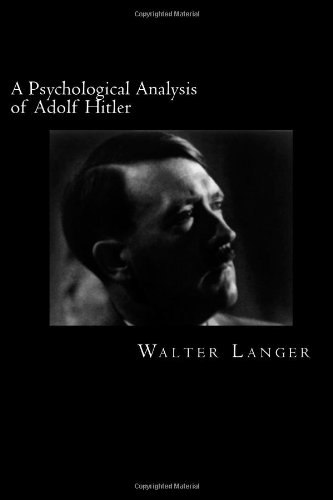 Otto and Gregor Strasser founded the National Socialist German Workers party. They were excluded from the party when Hitler gained control and changed the party focus. The Strasser’s set up a party called the Black Front in an attempt to split the Nazis and regain control. Gregor was killed during the Night of the Long Knives in 1934. Otto left Germany and ended up in Canada where Doctor Langer was able to interview him. Because Strasser hated Hitler, Langer was skeptical of the statements validity and wanted other sources to collaborate them. It was known that Hitler was awkward around women, and Strasser gave some insights as to Hitler’s relationships with them 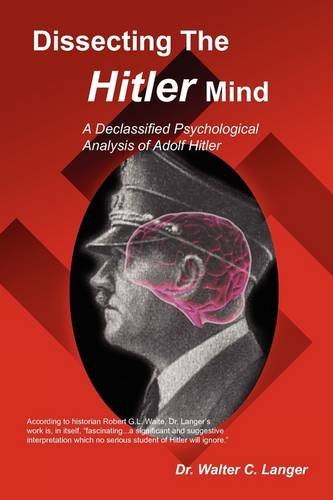 Rumors about Hitler’s sexuality were widespread at this time, and widely speculated. Since Raubal had committed suicide, there wasn’t a way to prove or disprove Otto Strasser’s statements. Hitler’s close associates didn’t know the relationship status between the two. There isn’t anything other than speculation about any of the women linked to Hitler. After the war, interviews with the household staff revealed they never saw evidence of sexual relations between Adolf and Eva Braun when they laundered the bedclothes. Langer took Strasser’s statements with that in mind, but he knew Hitler was awkward around women.

Geli was the nickname of Angela Raubal, who was the daughter of Hitler’s half-sister, Angela. Otto Strasser had dated Geli. This made Hitler angry and forbid them from seeing each other. Strasser thought it was because of jealousy. Geli’s mother was Hitler’s housekeeper and they lived in his house.

Strasser was close friends with Raubal and she told him Hitler would lock her in a closet for disobeying him. They had somewhat of a sexual relationship she found repulsive and included her urinating or defecating on Hitler. Geli Raubal committed suicide on September 18, 1931. She was 23 years old. 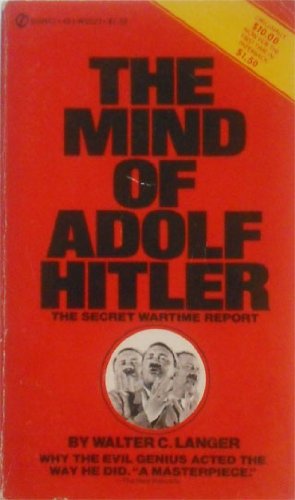 The Mind of Adolf Hitler: The Secret Wartime Report Amazon Price: Buy Now(price as of Sep 11, 2015)

Doctor Langer and his team studied film of Hitler, Mein Kampf, and interviewed people that had had contact with him. They evaluated and discussed the material before they made their report which they completed in five months.

They predicted he would become more neurotic if the war started to turn against him.

His rages would become more frequent and intense.

Hitler would make fewer public appearances and he would tend to be more reclusive.

He would expect Germany’s complete destruction and would issue a scorched earth policy to destroy everything because the German people had let him down.

He would commit suicide.

These results were accurate for the most part. The study is the basis of making a psychological profile on foreign leaders that continues today by the CIA.

Doctor Langer’s psychoanalysis methods seem quaint by modern standards. The accuracy of the predictions was quite good for not being able to have direct contact with the subject.

An interesting side note is, in the early 1970s one of Langer’s analysis team, Doctor Murray, did a psychological research study at Harvard University with 22 students for the U. S. government. Alston Chase wrote in a June 2000 article in The Atlantic that the students were subjected to a “purposely brutalizing personality experiment.” One of the students was Theodore Kaczynski, the Unabomber. 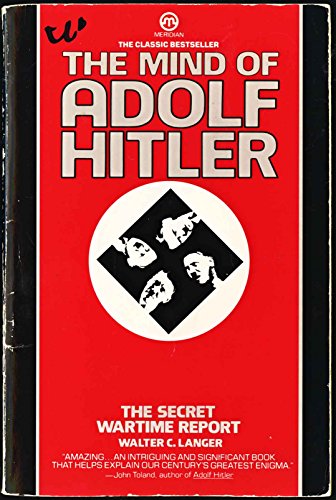 The Mind of Adolf Hitler Amazon Price: $81.77 Buy Now(price as of Sep 11, 2015)
Next >> The Sinking of the USAT Dorchester and the Incredible Acts of Bravery That Tragic Night