This article was written by Cheryl Weldon, MA.  If you would like to read further writings by Cheryl visit her website:  www.cawworldwide.com Infobarrel is a great place to publish your work and has a wonderful community of writers.  If you would like to wite for Infobarrel sign up here. (you also need an account to comment on articles, so sign up now and let us know what you think about what you're reading.)
InfoBarrel is a writing platform for non-fiction, reference-based, informative content. Opinions expressed by InfoBarrel writers are their own.
InfoBarrel > Technology > Science > Biology > Animals

Horse Behavior in Herds of Domestic and Wild Horses

Some patterns of horse behavior of wild horses are also evident in the domestic horse.  In the wild, horses gather in what is called “bands” that are comprised of two or more horses with an average of 5-7 and as many as 20 horses.[4]   The bands, called “harems” are typically mares, foals and yearlings and are protected by a stallion.  The family groups are strong and often mares will stay together even if the stallion dies or the group is taken over by another stallion.

Credit: Photo courtesy of the Bureau of Land Management, Source: Wikimedia Commonsld, the dominant stallion usually drives it out of the band.  The ousted male  then joins with other males to form a bachelor band.  These bands are less stable; the bachelor males will find unattached mares or take over a harem band through combat with the harem’s stallion.   It is common to see aggression among stallions; those fighting to keep their bands intact and those attempting to acquire bands of their own.  Young females, or fillies, are also usually driven out of the band.  Animal behaviorists believe this is an instinctual behavior to prevent inbreeding.  Normally it does not take long for the fillies to be gathered into another band.

The Social Hierarchy in Herds of Domestic and Wild Horses

Within the band there is a hierarchy with one mare co-leading the band.  While the stallion’s role is to protect the harem from predators and other stallions; the dominant mare leads the band to shelter, food and water.  The dominant mare will always eat and drink before the others.  The remainder of the herd establishes a “pecking order” behind the dominant mare.[4]  This is evident in groups of domesticated equines as well.  Keeping order is important in the herds because any fighting can result in injuries ending the life of the horse.  The higher-ranked horses keep aggression at bay among the herd members.   One way an equine is disciplined is to be relegated to the outer rim of the herd.  Sometimes this may be a permanent sentence for the misbehaver.  It is this pecking order concept that comes into play when training horses.

The wild stallion lives a vulnerable life on the edge of his band.  As protector against predators

Credit: Photo by Kersti Nebelsiek, Source: Wikimedia Commonsand other stallions, he is the most at risk.[1]  When the band travels, the stallion brings up the rear both as protection and also to keep stragglers from falling away from the band.  The stallion marks his territory with manure piles, also called “stud piles” and by urinating in spots.[4]  Often, one young stallion is allowed to live on the peripheral of the band even though it will likely be the eventual harem stallion.   In domestication, stallions are generally kept separate from other horses.   Because the equine is a social animal, stallions in breeding farms often have a non-equine companion such as a goat.

Credit: Source: Wikimedia CommonsA herd of domestic horses establishes a pecking order, but because stallions are kept separate, a dominate gelding (castrated male horse) or mare will be the leader.  Age seems to be a factor in dominance and to a some degree, temperament.[1]  There is evidence herds with a dominating gelding are more anxious than those with a dominating mare.[1]  Some mares pass on their domineering traits to their foals, thus the foals seem to inherit the position their mother held in the herd.

Communication of Domestic and Wild Horses

Domestic and wild horses communicate by vocalizing and through physical actions.  They

Credit: Photo by Cheryl Weldonwhinny, squeal, nickering, snort, and blow to communicate.  They nuzzle and groom each other, and use smell as ways of communicating.  Probably the most prominent of their communication methods is body language.[1]   The position of the ears tells much about what the horse is thinking.  Other indicators are head position and movement, stomping of their feet, tail swishing, and licking their lips.   Discipline within a herd starts with vocalization or gestures, but can quickly progress to physical contact such as biting or kicking if the misbehaving horse does not respond appropriately.

Credit: Photo by Cheryl WeldonWatching a group of domestic horses will reveal these behaviors, especially at feeding time.  The dominant equine may pin back its ears, stretch its head and neck out as if to bite and turn its hindquarters to another of the herd indicating that one must move away.  The targeted horse will move away or suffer a bite or kick.   That horse then may move on to assert itself against another in the herd and so forth.

Horses sleep standing up; however, they must lie down for an hour or so every few days because they only attain REM sleep while lying down.[1]   Horses require about two and

Credit: Photo courtesy of the Bureau of Land Management, Source: Wikimedia Commonshalf hours of sleep over a 24-hour period; however, they generally take short naps of about 15 minutes at a time.  In a band, not all of the members will sleep at the same time.  Obviously, being prey animals, some need to remain alert to danger.  In domestic herds, this is observed as well even though no apparent danger is present.

Horse behavior in domestic and wild horses is interesting to observe.  Just like humans, equines teach their foals how to interact

Credit: Photo courtesy of the Bureau of Land Management, Source: Wikimedia Commonssocially.  Foals tend to stay close to their moms for the first few months of life.  Mares are very protective of their foals and sometimes mares in a band look after foals that are not their own.  The stallion too, is protective of the foals making sure they stay with the herd when it is traveling.   Similar to many families, the stallion is the protector but the dominant mare rules the herd.

The copyright of the article Horse Behavior in Herds of Domestic and Wild Horses is owned by Cheryl Weldon and permission to republish in print or online must be granted by the author in writing. 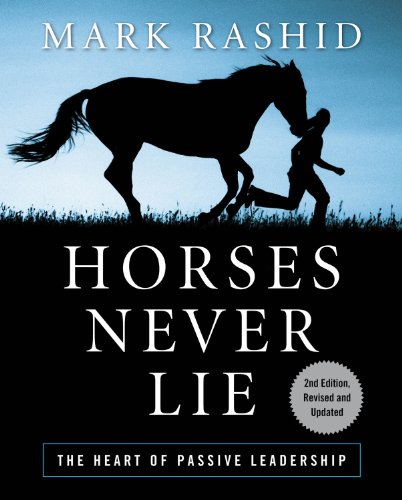 Horses Never Lie: The Heart of Passive Leadership Amazon Price: Buy Now(price as of Aug 28, 2016)
Next >> Zika: The Warnings About Wolbachia and Culex Our Health Authorities are Ignoring