Sedos (Stock Exchange Dramatic and Operatic Company) is one of London's most talented amateur theatre companies. The company has put on a number of top-notch comedies, dramas and musicals during 2013. Their latest production is Hot Mikado at the Bridewell Theatre from 27th November to 7th December 2013.

Hot Mikado is an adaptation of W.S. Gilbert and Arthur Sullivan's The Mikado, by David H. Bell (book and lyrics) and Rob Bowman (orchestrations and arrangements).

The plot remains similar to the G&S original. Much of the music has been re-orchestrated to reflect the popular musical trends of the 1930/40s in a broad mix of styles including blues, rock, gospel and jazz. The new rhythms call for complex Lindy Hop, tap, jitterbug and other dance styles smartly executed by the talented Sedos dance team. Sexy choreography with a powerful Bob Fosse influence is combined with some tap routines as per the original, paying tribute to the traditions of G&S.

Familiar classics have become exciting show stoppers and numbers such as ″A Wand'ring Minstrel I″ and ″Three Little Maids″ will have you tapping your feet and humming for days to come. The publisher, Josef Weinberger Ltd, has permitted the insertion of a dance break in ″Three Little Maids″ – an opportunity for our cheeky maids to show their 'naughty' side.

Weinberger has also allowed the insertion of "Pencil Full of Lead", a song by Paolo Nutini, at the beginning of the show.

Costume for the Mikado 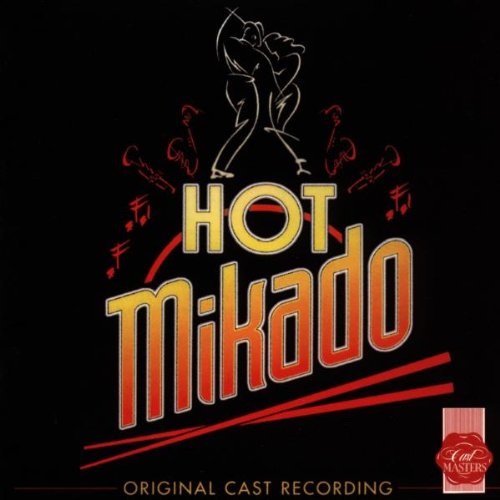 The story opens in the 1930s just as prohibition ends. We are soon transported to the city of Titipu where a ban on flirting is causing all sorts of hilarious complications. A cast of loveable characters each tells their story, all hoping for a happy ending.

Sedos know exactly how to capture an audience, hold it firmly in the palms of their hands, and then send it on its way, humming those compulsive ear worms – the catchy tunes you just can't get out of your head!

The cast remain totally focussed throughout the show. Excellent singing, just occasionally overwhelmed by the volume of the band,  and excellent diction, combine with strong and varied dance routines to give us a thoroughly enjoyable and beautifully costumed production.

Describing the production, Angus said: ″It will be 'hot' and vibrant in a different way, by fusing old-style Japan with the modern. Imagine gangsters from 1930's Chicago meet 'modern' Japanese Geisha! The magic of Hot Mikado comes from the cracking original tunes being ingeniously re-styled as swing, blues, gospel and jazz numbers. The result is a score that you just can't help singing along to: incorporating soulful ballads and high-octane dance classics.″

The cast remain totally focussed throughout the show.  Their tight harmonies and excellent diction combine with strong and varied dance routines to give us a thoroughly enjoyable and beautifully costumed performance.

Sedos know exactly how to capture an audience, hold it firmly in the palms of their hands, and then send it on its way, humming those compulsive ear worms – the catchy tunes you just can't get out of your head.

Sedos has a rich and varied list of productions scheduled for 2014, including the following:

Sedos will run its usual Summer Festival which will include a number of one-off and short-run events, together with cabarets, workshops, a gala last night party, and these productions:

For more than one hundred years Sedos has been pushing the boundaries between amateur and professional theatre.

Several productions each year, including all forms of drama and musical theatre, keep Sedos members on their feet and provide strong competition for London's professional theatre productions. Could those professionals do better? Restricted to similar resources, I seriously doubt it.

As usual, Sedos excels as stunning dance routines, first-class singing, and those oh so hot costumes, combine to give us an outstanding production of Hot Mikado! 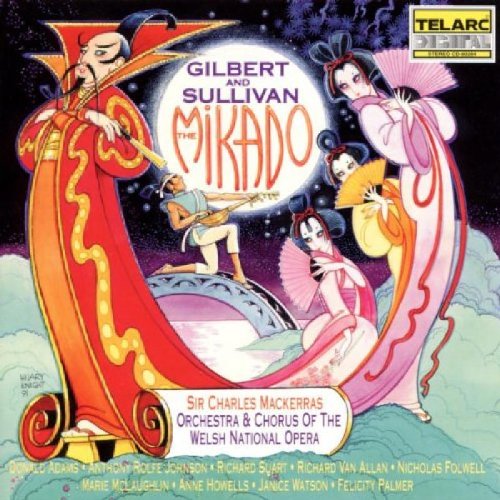 Infobarrel contains a wealth of useful information about theatres and acting:

Get DirectionsSt Bride Foundation, Bride Lane, Fleet Street, London EC4Y 8EQ, UK
Next >> Learn to Love Classical Music. Find Out What Amazing Songs You May Have Been Missing!