My name is Rose and I am a Canadian freelance writer. I love to tackle human rights issues and anything related to the betterment of society and our planet.  For a sorted directory of my articles: RoseWrites.netboard.me Love to write too? Join me on here on InfoBarrel.
InfoBarrel is a writing platform for non-fiction, reference-based, informative content. Opinions expressed by InfoBarrel writers are their own.
InfoBarrel > Business & Money > Marketing > Online Marketing

And why you should

I've been writing online since 2010 (not long, by most standards). And I was shocked and angry when I first discovered my work plagiarized - I suppose I didn't think I'd be targeted somehow (being relatively new and unknown).

Over the next couple of years, I began to notice patterns of behavior with certain followers. It took me a while, but I finally figured out (when I installed Google Analytics) how their other accounts were spinning my content.

What's more, their followers (most of whom were also phony accounts) were elevating their work above my own (the original work). I felt like I was playing a cat-and-mouse game.  No doubt, bots were involved as well. And I spent whole days submitting DMCA reports to Google.

How to spot them

The key characteristic of these "phony followers" is their voiceless visits. If they comment at all, it's a fairly generic "nice work" type of comment (which would apply to anything you write). The other thing I noticed was how little they publish articles - yet they seem to be everywhere (liking everyone's work).

Please note, I don't mean to imply that everytime someone writes "good work" it's a problem - this is just one (of a few signs) that I've identified.

A certain social manipulation sets in too - I mean, after a spell you start to feel like "Gee, so-and-so has been liking so much of my work, I'd better return the favor."

Here's the thing: you soon discover that their work is below par or sounds like a text book. Hmmm, at first you might think, "Oh well, English is probably their second language." (Again, no offence to those who aren't native English speakers).

But here's the kicker: pay attention to their posts and comments - you'll find their "natural writing voice" will have a totally different tone from their published pages.

As for their followers? You might be amazed to learn that those are fairly empty accounts and profile pages - often riddled with vague credentials and spelling mistakes.

Now, you have enough red flags

Time to block them

But am I being too harsh?

Well, consider this (and I hope others will chime in too): I look at the followers of new people who start to follow me. Not here on InfoBarrel - where everyone has been fabulous. In fact, one of the reasons I feel InfoBarrel will top all other online writing platforms is their "no multiple accounts" policy.

On some writing platforms, social media sites, forums, and online groups, if I see someone following this new person that I recognize as a "problem" (troll, plagiarist, etc.) I won't allow this new person to follow me. Sorry, it's the truth.

So, I caution you about proceeding with the obligatory "liking and sharing" since it could hurt you online. You are only as good as the people who follow you. Don't be lured by large numbers (most of which might be empty profiles). Do a little more digging into the background of who is following, liking, and sharing your work.

Professor of evolutionary anthropology Robin Dunbar at Oxford University stated, "The interesting thing is that you can have 1500 friends (online) but when you actually look at traffic on sites, you see people maintain the same inner circle of around 150 people that we observe in the real world."[1]

I just caught a page written by Jennifer Slegg on Search Engine Watch[2] that confirms what I think has become necessary online.

To summarize, lots of social media likes and shares doesn't help your pages rank higher on Google. It's simply a correlation. So those who are building up these numbers to impress Google - but who have shoddy work - will not reap the "lots of people follow, like, and share my work" benefit.

So my point is this: if you are getting that "nagging feeling" that someone is blindly liking anything you publish - yet you find their work is truly not up to most standards, you are doing yourself no favors by promoting and liking their work in return.

It's a bit like showing up at the Oscars in a '70s leisure suit.

You cheapen yourself to the online world by doing so and you're also earmarked as an easy target by other less credible followers.

Who's work are you promoting?

Look at the quality ONLY since it reflects on you too

For the longest time, I didn't have a Facebook account - and I think most folks know how to unfriend someone. Beside their avatar in your Friends box (or their timeline), mouse over "Friends" - you'll see a bunch of options, the last one is "Unfriend" - you can also report/block someone.

As for Pinterest, I became extremely picky about who follows me - and I know that many folks are impressed by so-called "large numbers of followers" - but I'm not. We are only as good as the people who follow us. Check out their profile page and what they pin - some of it is pretty distasteful (and perhaps it's wise not to have these people follow you).

1) Go to their profile page.

2) Click the flag at the bottom right of their profile info (eight options will show up on a scroll down bar).

3) The last option states: Block [First Name] and has both a Cancel and a red Block button.

NOTE: You can simply block them without any reason given whatsoever - you don't have to report them.

Saving the best (and most important, imo) for last

When it came to Google Plus, I read many comments in various forums that claimed "there's no way to block someone."
Well, yesterday I discovered that yes, you can block someone - and I immediately used it. For a long time, I thought I could only hide my followers.
So, here's the step-by-step method to block someone on Google Plus[4] who gives you that "nagging feeling" that they are not genuine:
1) In your Have you in circles click on their avatar.
2) Under their avatar (and a few other details) you should find a down arrow (see my screenshot sample next).
3) Click on the down arrow and two options will appear: Mute [First name] and Report / block [First name].
4) Click on Report / block and a square check box will appear (the default setting is to simply block without having to report this person). So trust your intuition.
5) Check the square box and click on the blue Done box (there's also a cancel button there, in case you made a mistake). 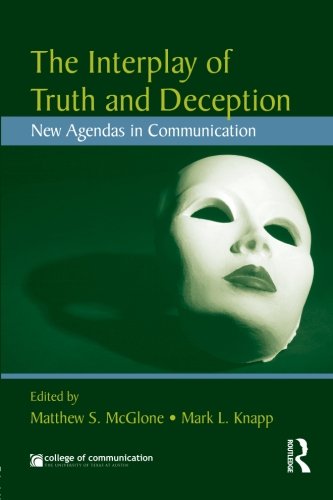 The Interplay of Truth and Deception: New Agendas in Theory and Research (New Agendas in Communication Series)Amazon Price: $42.95 $33.24 Buy Now(price as of Apr 26, 2014)
Both authors of this book have PhDs in Communications Studies. For those who write online (or deal with the public), this book explains - in great depth - how to recognize (and the consequences of) the following: hype, equivocation, spin, doublespeak, and contextomy (quoting out of context).

You might wonder why I wrote this page at all. Well, consider this statistic: PlagSpotter[5] (a free duplicate content checker) pegged today's percentage of plagiarism at 27%. That means roughly one in four people online are stealing content and passing it off as their own.

I think it's high time we all did our part - and blocking these types of people will help. Not only that, the honest writers online would make their deserved share of income.

I'd love to hear your thoughts.

Next >> Can You Still Make Money Online in 2019? An Updated Article