As a former high school and college athlete, I am interested in health, fitness, and nutrition. I am always looking for new approaches to fitness and new products to help me lead a healthier lifestyle. Enjoying Info Barrel? Sign up here and start making passive income today!
InfoBarrel is a writing platform for non-fiction, reference-based, informative content. Opinions expressed by InfoBarrel writers are their own.
InfoBarrel > Health > Diseases & Conditions > Cold & Flu

Sick of being sick? Follow these tips for a cold free winter this year.

According to the Centers for Disease Control, there are over 200 viruses that cause common cold symptoms that have contributed to an estimated 22 million missed days of work and school in the US each year. Preventing the flu, colds, and other common diseases is not difficult but it does take a bit of vigilance. Here are some tips on how to avoid getting sick both this flu season and throughout the year.

Get a Good Night's Sleep

The best thing you can do to avoid getting sick is to get enough rest. During sleep, the body recovers and the immune system increases its white blood cell count. If you run on little or no sleep you are more likely to get sick especially if you are already stressed. In fact, one study found that subject who slept less than seven hours per night were up to three times more susceptible to catching a cold than those who slept longer. While turning in early may keep you from completing that last assignment, think of how much won’t get done if you are down with the flu for a week.

The next most important thing you can do to prevent illness is to provide your body with the nutrients it needs to fight off infection. There is even evidence suggesting that probiotics help the body fight off the cold virus. Additionally, exercise is important for overall immune system health and to preventing sickness. While scientists have not yet pinpointed the exact cause for this, there are several theories. Exercise causes increased heart rate, breathing and body temperature that may clear bacteria from the lungs, send white blood cells through the blood stream more efficiently, and reduces stress hormones that can contribute to a diminished overall health.

Wash Your Hands Like Your Life Depends on It

Your hands are the tools you use to interact with the world. Unfortunately, the world can be a dirty place. In some cases viruses and bacteria can live on surfaces for hundreds of years. Fortunately, this is not the norm and most common bacteria will die within a few hours. During the height of flu season, it is important that you wash your hands frequently, especially if you take public transportation, handle money, or come into contact with sick people.

It goes without saying that sharing drinks with sick people will likely get you sick. What is lesser known is that you can catch the flu from someone without symptoms. The CDC states that people infected with the flu virus can spread it to others an entire day before they begin to show symptoms. Also, be careful with whom you dine. The flu virus is most commonly spread through tiny droplets of fluid that are spread when infected people cough, sneeze, or even talk. During flu season it is best to enjoy your own food and drink to avoid getting sick. 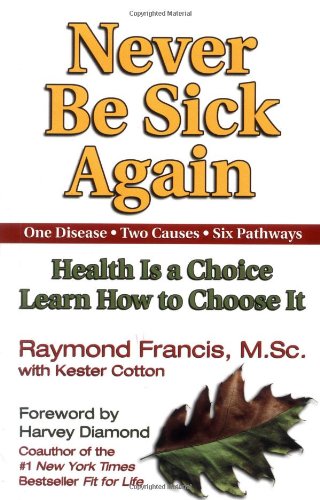 The human body has adapted well to fight off a host of infections. Part of the adaptation is the lack of entryways for pathogens. Unfortunately, the entryways that do exist are mostly located at the face. The easiest way for pathogens to enter the body is through the mucus membranes around the eyes, nose, and mouth. For this reason, avoid touching your face even after you washed your hands. There are lots of hiding places around the fingernails and in the creases of the palms for bacteria and viruses to hide.

Lay Off the Sauce

Everyone knows that excessive drinking leads to a variety of health problems ranging from mild dehydration to chronic liver failure. Now recent studies suggest that drinking alcohol can substantially reduce your body’s ability to fight off infection. One study suggests that heavy alcohol consumption even reduces the effectiveness of the flu shot. During flu season it is best to drink in moderation and give your body plenty of time to recover.