Herblore can be a very expensive skill to train in RuneScape, a Massively Multiplayer Online Role-Playing Game, as most potions sell for less than the total cost of their constituent parts. Here are a number of ways to reduce the cost, although they can increase the total time taken.There are a lot of different methods of reducing the cost of training Herblore. This is by no means either exhaustive or fully comprehensive, as many of the methods described merit a complete article on their own behalf. Usually, by saving money, you are spending time elsewhere. The more quests you do, and the higher your other skills, the more options for training there are.These methods make a lot of use of other skills, activities and quests to reduce the cost. Building up a cash pile of several hundred million will train Herblore faster, but you need to build up that cash pile, and doing so may be detrimental to other skill development. Using these methods will train other skills as a byproduct, especially Farming and combat skills.

This series of articles will look into how other skills and activities in RuneScape can be used to help reduce the cost of training Herblore.

This article looks at reducing the cost using Quests, Bonus XP Weekends, Monster Drops, Random Events, the Polypore Dungeon and where to get Vials of water cheaply.

Other articles explore how to reduce the cost:

Using the Task System, Distractions & Diversions and cheap potions that can be made.

There are a number of quests you can do to help train Herblore. Doing quests to train is fairly cheap, as you may have been doing the quest anyway, but may result in dying a few times. Some of the quests also open up other options to help train.The quests are listed below along with their experience point reward.Druidic Ritual 250Jungle Potion 750Recruitment Drive 1,000Heroes Quest 1,325The Dig Site 2,000Shades of Mort'ton 2,000Zogre Flesh Eaters 2,000Land of the Goblins 3,000Thieves' Guild/A Guild of Our Own 4,000Grim Tales 5,000Glorious Memories 5,000A Void Dance 10,000My Arm's Big Adventure 10,000Eadgar's Ruse 11,000Salt in the Wound 15,000Doing Druidic Ritual, Jungle Potion and Recruitment Drive will earn enough experience to get to level 13 Herblore. After an update on 31st January 2012, it is no longer necessary to complete Druidic Ritual in order to start training Herblore.

A Guild of Our Own is not a quest, but a Thieves' Guild Caper. Doing it requires you to have done the quest Buyers and Cellars and then the From Tiny Acorns and Lost Her Marbles Capers.Some quests also open up benefits that can also help with training.A Fairy Tale Part I - Magic secateurs, which when wielded increase Farming yield by 10%.

Lunar Diplomacy - Access to Lunar Spells, some of which can be used to help when Farming herbs.

My Arm's Big Adventure - Disease free herb patch on the top of the Troll Stronghold.

Tower of Life - Creature Creation activity.Other quests help in getting around RuneScape more rapidly.A Fairy Tale Part II - Access to the Fairy Ring network, useful for fast transport to anywhere there is a Fairy Ring.

Enlightened Journey - Opens up the Balloon Transport System, although each destination must be unlocked individually.

Ghost's Ahoy - Ectophial, which provides fast transport to the Ectofuntus, a short distance from the Morytania farming patch.

Tree Gnome Village - Opens up limited access to the Spirit Tree Network. Completing Tree Gnome Stronghold and The Path of Glouphrie increases the access and flexibility of the system.

Credit: JagexAn essential component of the majority of potions, Vials of water can be obtained in several ways.They are a common drop from some monsters, although a low value item, so really not worth picking up unless noted.Individual vials can be bought from Herblore shops, general stores or Polypore Dungeon Supplies in the Polypore Dungeon.

Credit: JagexVial of water packs, each of which contains 50 vials, can be bought from the following places:

Credit: JagexJossik in the Lighthouse sells 20 packs. Requires completing Horror from the Deep.

Credit: JagexAemad's Adventuring Supplies in East Ardougne sells 6 packs. No quests required to use this shop.

Herbs are a common drop from many monsters, Chaos Druids in particular being a good low-level foe to fight, especially combined with Herbicide. Herb seeds and secondary potion ingredients can also be collected.

Credit: JagexAt the very end of the Yanille Agility Dungeon is Salarin the Twisted, an evil druid, in an area that requires level 67 Agility (which can be boosted) in order to reach. Salarin, along with Magpie Implings, drops the Sinister key. Although the key is not a guaranteed drop, it is dropped quite frequently.

Salarin can only be harmed by a limited number of things; the spells Wind, Water, Earth and Fire Strike, Wind Rush and Magic Dart and by the special attacks of Korasi's sword and the Dragonfire shield.

The Sinister key opens the Sinister Chest, also in the Yanille Dungeon. When opened the chest emits a poisonous gas, so some type of antipoison is recommended. Inside the chest are 2 Grimy harralander, 3 Grimy ranarr, 1 Grimy irit, 1 Grimy avantoe, 1 Grimy kwuarm and 1 Grimy torstol. The Grimy torstol is the most valuable, as it typically costs tens of thousands of coins to buy. If taking several keys, the Harralander may as well be dropped, as it is not worth anywhere near as much as the rest.

The Sinister key can be bought or sold, but only usually for about the value of the chest contents.

Credit: JagexA number of monsters in the Polypore Dungeon drop useful items. In particular, Infested Axes can drop noted Potato cactus and Fungal Mages can drop noted Potato cactus, noted Snape grass and noted Limpurt root. They are not very cheap to kill, as they are highly resistant to melee and ranged attacks, and therefore require Magic, and thus Runes or a Polypore staff, to defeat, which can make killing them expensive. Not really advised to kill unless doing as part of a Slayer task.

Credit: JagexAlthough, not surprisingly, totally random, so you have no control over when they happen, many random events have an Experience lamp or Book of knowledge as a possible reward. These can be used to train Herblore, although it may be better to use them for Summoning, Prayer or Construction, all of which are also expensive, time consuming or both to train.

Various tasks and quests, and the Squeal of Fortune, can also give rewards of various levels of experience lamps, giving up to tens of thousands of expereince when rubbed in the chosen or pre-determined skill. Some of these lamps could be used to train Herblore, like the rewards from random events. The same addendum that these may be better used to train skills like Summoning, Prayer and Construction applies here also.

These have been held twice a year for the past two years. During a Bonus XP Weekend, which typically lasts from noon on the Friday (London Time) to noon on the Monday, most experience earned is increased.Experience for training skills during this period is increased, typically ranging from a 2.7 multiplier for the first half hour, decreasing to a 1.1 multiplier after 10 hours from the rest of the weekend.This makes training a skill much more cost and time effective, as the experience gained from training is greatly increased.Should you choose Herblore to be a skill you want to train during a Bonus XP Weekend, you are advised to be prepared beforehand, preferably some weeks before. Ingredients tend to increase sharply in price during the run-up to the event, so if you need to buy anything, do so well before. Potions also tend to sell for less afterwards, due to an increase in the amount on the market so, if you can, it may be worth waiting a bit before selling any potions made.

These two charts show how the price of a potion and its secondary ingredient changed in the run up to and cool down from a Bonus XP Weekend. The Weekend ran from the 16th to the 19th of March.

Credit: JagexThe chart on the left shows the price of a Ranging Potion(3) over a thirty day period. The price increased in the run up to the weekend, due to not many being sold as players were stocking up on the items to make them before the weekend. It then dropped after the weekend was finished, due to the glut of potions on the market.

Credit: JagexThis chart shows the price of Wine of Zamorak, the secondary ingredient in the Ranging Potion. Again, the price increased in the run up to the Weekend, as players stocked up on the item in readiness for the bonus xp. It also declined after the Weekend, as demand decreased back to normal levels.As with Herblore you get much more experience from making a finished potion than you do from cleaning herbs or making unfinished potions, it can be a good idea to make all the unfinished potions you are going to need before the event starts to make sure you are doing the best action to benefit from the bonus experience. 2.7 times 150 xp is much more than 2.7 times 10 xp. 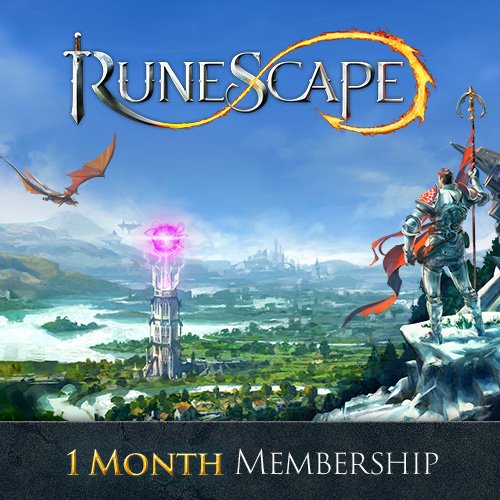