Sedos presents How to Succeed in Business Without Really Trying at London's Bridewell Theatre from 15th - 25th May 2019.

How to Succeed... is a musical by Frank Loesser with book by Abe Burrows, Jack Weinstock, and Willie Gilbert.

Based on an original book of the same name by Shepherd Mead, the story explores the life of J. Pierrepont Finch, a young window cleaner, who through his own ambitious endeavours rises to become chairman of the board of the World Wide Wicket Company.

From Broadway to the Bridewell

When the musical opened on Broadway in 1961 it enjoyed nearly 1,500 performances, winning seven Tony Awards, the New York Drama Critics Circle award and the 1962 Pulitzer Prize for Drama. A film followed in 1967 in which Robert Morse and Rudy Vallee reprised their original Broadway roles.

After a number of revivals on Broadway Sedos has now taken London by storm with their absolutely stonking production at the Bridewell. 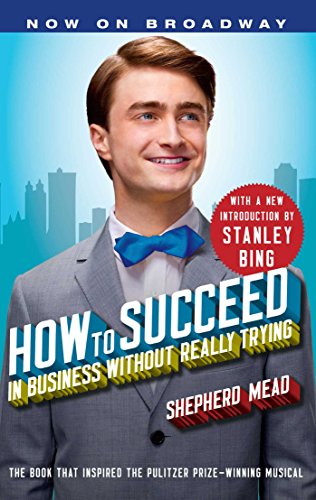 But it Doesn't Just Happen...

But how does it happen? Any theatrical production needs both talent and teamwork. But it’s not just great teamwork. Infobarrel spoke exclusively to Director Peter Shimmin and Musical Director Michael Cannon to give an insight into how these productions come together.

Infobarrel: Please tell us a bit about your background.

Peter: I grew up in the Isle of Man which has a huge theatre community, and was fortunate enough to be a part of many wonderful shows (including the British Isles Premiere of Les Mis!).

I learned a lot from that experience and went on to study Acting, where I also dipped my toe into directing. I then moved to Barcelona for a year to do TIE, then a UK panto tour before moving to London to try and ‘make it’ as a pro.

For a long time, I was applying for lots of acting jobs but wasn't feeling inspired - like I had lost the passion for performing. That’s when I found Sedos who were doing London Road, a show that I really loved, and I felt excited about performing again.

I’ve now found there can be real enjoyment in having a “normal person” job and doing things like this on the side for fun - and I have so many more opportunities than I had when I was trying to ‘be a pro’.

Infobarrel: You've performed in quite a few shows including Candide, Frankenstein and London Road. What's it like to step into the Director's Shows?

Peter: I directed my university performing arts society musical, Footloose, and did a self-directing piece as part of my course so I had some experience before. I’m also that type of actor who loves to know everything that everyone does in a show, knows all their lines and tries to spot problems before they happen - and I think that’s why I felt naturally drawn to directing.

I was thrilled to AD on Ordinary Days in 2017, and co-directed Dogfight last year but this was my first ‘solo’ gig. However, I have a very collaborative team - there have been so many production meetings planning everything out together and that’s been such an enjoyable part of the process (and stopped me going insane!)

Infobarrel: What inspired your direction of How to Succeed in Business…?

Peter: I’ve loved the show since I was a kid - the music is brilliant and it’s so funny. I think some of the satire was lost on me until I read the script properly and realised how incredibly clever and nuanced it is. It’s one of only a handful of musicals to win the Pulitzer - which is a testament to how strong the book is.

Of course, Mad Men was a big influence - I got really into the show last year and binge watched it before pitching to Sedos - the authenticity that they went for was a real driver for me.

Also, I think the ‘60s is a fascinating time in American history - Dogfight was set in ‘63 which is a few years after our How to Succeed is set, and it’s amazing to think how much change happened in that decade - from Marilyn, JFK and Vietnam to the Feminist and hippie movements of the late '60s/ early '70s - it’s a great time to explore.

Peter: This is a triple threat show - we needed people who could sing, dance and act. We had set songs, scenes and a routine to learn - and most people who only class themselves ‘movers’ tried the advanced dance too! The best thing to do in an audition is go for it, no matter what - make strong choices, come with ideas and show willingness to adapt.

We’ve been blessed with the cast we have who are all very experienced, and a lot are new to Sedos. I really hope this show inspires even more people to get involved in amateur theatre in London - it's fantastic.

Infobarrel: Please tell us a bit about your background in musical theatre.

Michael: I’ve always loved musicals, but got into MD-ing while studying at the University of Warwick.

I was the MD of productions of Company, Cabaret, Little Shop of Horrors, Guys and Dolls and Spring Awakening for Music Theatre Warwick - I love the huge range of shows that you get to be involved with in University Theatre! This is now my third show with Sedos having MD’d I Love You, You’re Perfect, Now Change and The Drowsy Chaperone, which were both really fun shows to rehearse and perform, much like How to Succeed.

Infobarrel: Were you looking for any specific qualities at the auditions?

Michael: Most of all, we were looking for people who made strong character choices and could make us laugh! The show relies so much on the comedy that if you don’t have funny people in it, it just falls flat. Thankfully, the people who made us laugh also had great voices. We were very lucky to get to see so many talented people at auditions.

Infobarrel: After MD-ing I Love You, You’re Perfect, Now Change did you find there are any similarities or differences in your approach to How to Succeed in Business..?

Michael:From a musical point of view, the shows are very different. Saying that, there is a certain amount of pastiche in both of them - for example, in How to Succeed you have some great send ups of musical tropes, such as the college fight song Grand Old Ivy. With any song that’s a pastiche, you have to be aware that you’re poking fun at a genre, while also finding the truth of it. The other big difference is the size of the cast - there are definitely pros and cons to both, but it’s been great fun rehearsing with a really big chorus and I’ve enjoyed the fantastic sound they make together.

Infobarrel: Has there been a particular Ah-ha moment when something that seemed especially difficult suddenly came together?

Michael: The biggest Ah-ha moment for me came at the end of Coffee Break. I’d asked the cast to do some intricate dynamic work, which they’d done fantastically, but as soon as they were on their feet, it didn’t come across.

What I didn’t realise was the choreography didn’t lend itself to what the chorus were singing and vice versa. The choreographer and I worked out a compromise and it brought out the best in the singing and the dancing.

I think that is a good example of how the show has been throughout - the whole process has felt truly collaborative and I’ve loved being a part of it. 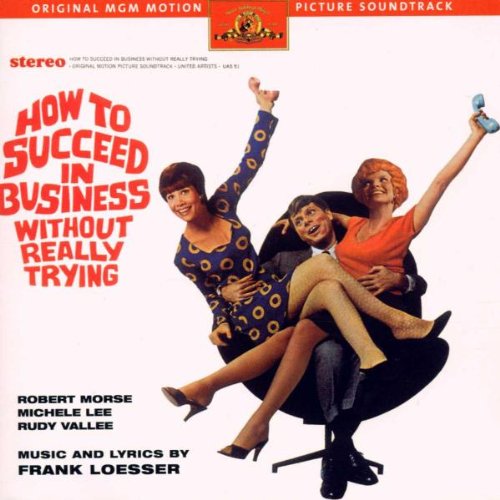 How To Succeed In Business Without Really Trying: Original Motion Picture Soundtrack [Enhanced CD] Amazon Price: $66.00 Buy Now(price as of May 17, 2019)

Simple scenery, minimal props, excellent vocals together with superb choreography are key elements in this production. What I noticed in particular was that American accents were consistently maintained throughout the show - I think that's sometimes one of the hardest things to do.

Sedos has given us an outstanding, exhilarating, and extremely memorable production -  proving once again that great teamwork creates a great show.

Sedos has an exciting and adventurous programme planned for the remainder of 2019 including their debut performance at the Minnack Theatre, Cornwall.

Being a member of Sedos is not just about performing. Obviously, performers are always welcome and encouraged to develop skills through a variety of challenging workshops. But can you sew? Could  you design a programme or help sell them? What about set design or construction?

There’s a lot more to Sedos than shows. It’s a community of friends striving together to be the best they can - to create wonderful productions that bring the audience back time and time again. To find out more go to the Sedos website. 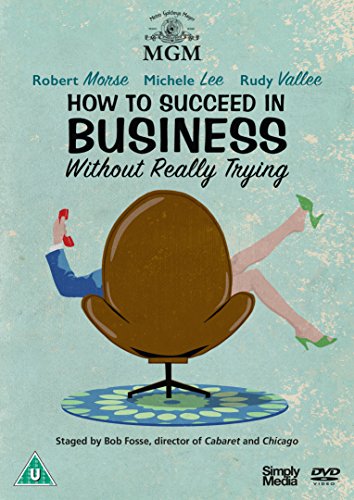 How To Succeed In Business Without Really Trying [DVD] Amazon Price: $9.54 Buy Now(price as of May 17, 2019)
Next >> Learn to Love Classical Music. Find Out What Amazing Songs You May Have Been Missing!