For fans of major manga series that are being adapted into anime, it can be an exciting time. However, it is often more than likely going to be a frustrating experience overall. Most long running manga series that get adapted into anime before the original subject matter is concluded gets packed full of filler. These "filler" sections are new content that gets produced into anime to fill the time slot, opposed to the "canon" content that is the story of the manga. The primary reason filler exists is not to enhance the story, but because the anime can cover a larger span of subject matter. Episodes can cover several chapters of a manga so the anime eventually catches up. Thus the producers need something to fill those weekly episodes while the manga pulls further ahead.

For those that were fans of the original subject material, it is just painful to watch the filler. Occasionally they are interesting, but more often they are boring and introduce some plot holes that will likely never be filled. Mainly, it is just hard for fans to have to wait to watch the content they know and love week by endless week.

Bleach is one such anime that is riddled with filler. It is not quite Naruto filler bad and some of the filler arcs are actually kind of interesting. For those that didn't know what filler was until now and never read the manga, go ahead and watch the Bleach anime in its entirety. However, for those that want to watch only the canon Bleach storyline, here is a brief guide on how to do that.

Note: Some filler sections that have canon content exist, but most of it is only for a few minutes and not really worth sitting through what is almost a full filler affair. Regardless, the sections with canon content are marked. I may have missed some, let me know in the comments!

The beginning of what season starts during the section is marked as well. Some seasons are full filler, so those buying season boxsets (because we all, of course, are buying them and not getting them from anywhere else) will want to be aware before buying.

....annnnd that's the end of the anime, for now at least. The anime is expected to continue once the manga nears its end or comes to a complete conclusion. The manga has entered its final arc, but no one is quite sure when it will come to an actual end. The author Tite Kubo seems to be drawing it out a bit too much, but it should make for some action packed anime. When the anime does return, they promised no fillers, but the trade off is that there is likely to be a long wait until then. So there's that at least. 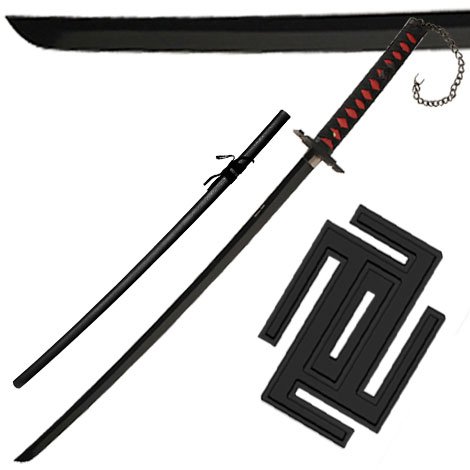