Follow Me on Twitter @ DebW07 and on my blogs: Introspective Pics DebW07 Do you like to write? Would you like to earn money writing articles?  Start here: Write for Info Barrel today!
InfoBarrel is a writing platform for non-fiction, reference-based, informative content. Opinions expressed by InfoBarrel writers are their own.
InfoBarrel > Lifestyle > Religion & Spirituality > Christianity

Keith Green was a talented musician, singer, and prolific songwriter. He wrote poignant words illustrating a pure motive. His message was simple yet profound, and seldom have I come across a Christian musician quite like him. Green's words inspire you to look deep within yourself. His songs provoke the conscience like a convicting sword exposing transgressions but they also comfort the spirit like the staff of a loving Shepard, leading you home. Keith Green's music penetrates deep beyond the ears, piercing the heart and galvanizing the soul.

In a vast sea of cookie cutter musicians performing under the banner of "Christian" artists, few boldly walk the path carved out for them by God. Calling themselves Christian, they ignore the call of Christ and produce a watered-down version of the Gospel. Their songs sound more like sanitized renditions of secular tunes then worship. With motives of fame and fortune, they may get what they desire but they will miss out on the true reward.

Every so often, however, someone will be obedient to the call of God and his (or her) words will impact your soul as "the voice of one crying in the wilderness . . ." That was the voice of Keith Green. Green died July 28, 1982, along with ten other people (including two of his young children), in a plane crash. Green's humble spirit has received its true reward and although he's been with the Lord for over 30 years, his music is as relevant today as it has ever been, and God continues to use it.

The Sheep and the Goats

I was a new Christian in the early 1980s and I remember attending a particular bible study at my local church one evening. . . . As I sat in the pew with a few other folks, I recall the pastor instructing us to close our eyes, bow our heads, and listen to the song he was about to play. As I sat there, head bowed and eyes closed tightly, I didn't know what to expect and I was surprised when I heard the piano introduction to the song. It was fast-paced, the notes sort of fluttering and the tempo was upbeat and lively. It reminded me of a carnival and I caught myself before I laughed out loud. "What in the world . . ." I thought, as I bit my lip to hold back a giggle. The piano solo lasted about 20 seconds and was followed by a voice which also reminded me of a carnival. I thought of a person speaking through a bullhorn to get the attention of the crowds, and this is how the song began;

"And when the Son of Man comes -- and all the holy angels with Him, then shall He sit on His glorious throne and He shall divide the nations before Him as a Shepard separates the sheep from the goats – and He shall put the sheep on His right but the goats on His left . . ."

I continued listening with the rest of the group to the peppy tune as the voice and music gleefully portrayed a jubilant image of Christ welcoming His followers and inviting them to enter into their rest and inheritance in God's Kingdom. The song continued;

At this point I no longer wanted to laugh, but instead felt happy. I'm pretty sure I was tapping my feet as I have a habit of doing that when music is playing. "Oh what a fun song," I may have thought but then came a startling change that managed to surprise me once again. The tone changed from joyous to somber as the song portrayed a solemn image of Christ addressing the goats. These individuals were clearly not welcomed in the Kingdom, as Christ said to them;

"Depart from Me you cursed ones into everlasting fire prepared for the devil and his angels. For, I was hungry, and you gave me nothing to eat. I was thirsty, and you gave me nothing to drink. I was naked, out in the cold, and you sent me away. I was a stranger and I knocked at your door but you didn't open, you told me to go away. I was sick, wrapped in pain upon my bed and I begged and prayed and pleated that you’d come but you didn't. I was in prison and I rotted there. I prayed that you'd come. I heard your programs on the radio and read your magazines but you never came. Depart from me."

The goats had the same reaction as they sheep and asked; "When?" Then Christ answered;

The song continued with the sober message that the goats would have to go away into everlasting fire. Then, once again, the tune returned to the original jubilant melody as Christ spoke about the sheep, saying;

"But the righteous (will enter) into eternal life."

Then the tune ended with a sobering message;

"The only difference between the sheep and the goats is what they did and didn’t do."

That song was inspired by the parable of the sheep and the goats as told by Jesus and chronicled in Matthew 25:31-46. The song was also my introduction to Keith Green. As I drove home that evening I thought a lot about the song. I wanted so much to live like the sheep and to serve my Shepard! 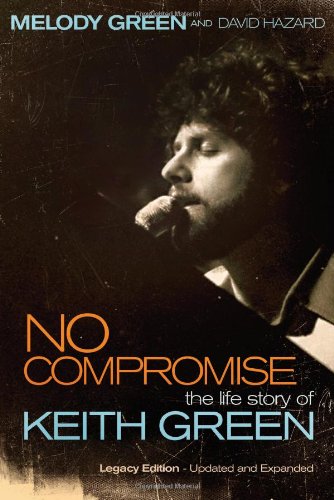 Credit: morgueFile.com by by mimicry

There is a certain type of music that is able to soar far past the superficial melodies of most music and awaken a dormant spirit. It's a tune that is in-tune with the soul, a soul that is searching for the meaning in life. I call this music "soul" music. Most of us have heard the term "soul music" as a label by the music industry, and while much of that music is entertaining and pleasant to listen to, it does little (if anything) to quench the insatiable thirst of the soul.

What type of music does your soul crave? If you don't know, you've never had the experience of listening to true soul music. The majority of the public has probably not heard as much as a single note of genuine soul music. In its purest form, soul music is a tune or melody that has no other purpose but to glorify God.

Keith Green's songs are the literal interpretation of soul music. It is difficult to close your mind to Green's songs and just listen for entertainment purposes. The words are both exhorting and healing, and Green could be called a true "soul singer." 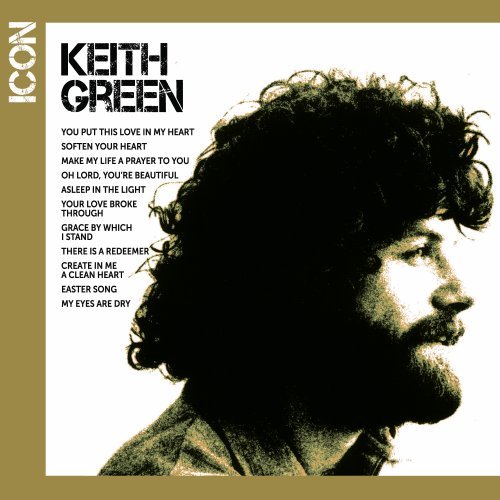 Keith Green released five Christian albums between the years of 1977 through March of 1982. The first of several posthumous recordings was released in 1983 and the most recent, Icon, was released in 2013. I purchased a number of Green's LPs in the early 80s and I can remember the shock and sadness I felt for Green's young wife, Melody, when I heard the news about the plane crash. I'd also heard that she was expecting another child and was at home with the couple's one-year-old daughter at the time of the crash.

It's been more than 30 years since Keith Green and the others were taken home to be with the Lord. Over the years I listened to several musicians, and there was a time when I no longer listened to Green's songs. But for some reason I was compelled to purchase Icon and as I listened to the CD a flood of memories immediately filled my mind. However, more than memories, listening to these familiar songs has restored a desire in me to serve Christ without compromise. These songs, unlike others, truly speak to my soul, and my only criticism of Icon is that it does not contain the song that introduced me to Green; The Sheep and the Goats. There are, however, 11 other inspiring and though-provoking songs on Icon that will speak to you, including another of my favorites, "Asleep in the Light."

"Do you see? -- All the people sinking down? Don't you care? -- Are you gonna let them drown? How can you be so numb, not to care if they come. You close your eyes and pretend the job's done. . . . The world is sleeping in the dark that the church just can't fight 'cause it's asleep in the light! How can you be so dead when you've been so well fed? Jesus rose from the grave, and you --you can't even get out of bed! . . ." Lyrics from the song “Asleep in the Light” by Keith Green.