"Live, On the Scene"

As radio had the tragic saga of Floyd Collins (trapped in a cave, and died in 1925) as its chance to flex its muscle, so, too, television had its watershed moment.

The death of “well baby” Kathy Fiscus in 1949 was the first demonstration of the powerful medium of television to capture and engage an audience, and to galvanize an entire community over one cause – a little girl trapped in an abandoned well.

The Idiot BoxTelevision is older than most people believe.  And it was not a single “Eureka” moment invention, either.  Much like the version of today’s electric light bulb (ascribed as the sole invention of Thomas Edison, but it was not), television as it became popularized was a process of discovery and invention, the end of a continuum of electronics and optics tinkering started in the late 1800s.

In 1884, a mechanical means of producing moving images via a perforated, spinning disk was invented.  The images were dim and poorly defined, but they were viewable.  The image capture and reproduction wasn’t the problem, though; motion pictures later proved a practical and faithful means of filming and replaying action.  Movies demonstrated it was not only possible, but profitable as well.  Television’s major hurdle was transmitting and receiving such images.  There needed to be a means of relaying the information over distances and have those images arrive and be interpreted as differentiated and distinct and not just blurry Rorschach patterns of visual white noise.

The development of the cathode ray tube and other transmitting components made television less of a concept and more of a possibility.  A Scottish amateur inventor’s model (using sugar cubes stuck together with butter at his breakfast table) illustrated how images could be broken down into discrete packets of energy, transmitted, and then reassembled in a receiver for viewing.

A working television was demonstrated in the late 1920s – it used a combination of mechanical and electronic means for image production and resolution.  This is a phenomenal shortening in time lapses between significant technologies.  Radio had only been developed and integrated fully into society just a few years before the first television test.  The Radio Corporation of America (RCA) began a series of early, regularly scheduled television broadcasts in 1936. [For comparison, from prototype to working model, the common zipper took 32 years to perfect].

Two things kept the medium from instant and wildly popular acceptance.  First, the cost of the receiving unit was beyond the scope of almost anyone but the very wealthy.   This dearth of receivers, combined with broadcast signals only working over very short distances meant the popular integration of television was slow.

Early television broadcast frequencies were only effective up to about 70 miles from any source.  Relay stations were set up to receive and boost these signals, and many of today’s familiar media names began broadcasting on a test basis as early as 1940: CBS, RCA, and another defunct network called Color Television.  In 1940 via a coaxial cable the Republican National Convention was televised from Philadelphia to the roughly 700 television receiver owners in New York City.  CBS tested color broadcasts that year as well, but the color separation technology was poor. By 1951, however, with leaps in technology and refinements in the process, the United States had over 12 million television sets in use.

The very word “television” has a quirky genesis.  The term was coined as the result of a contest in Great Britain.  The aim of the contest was to give a name to the new device that displayed both pictures and sounds.  The winning term was “television” (combining the prefix “tele-” for “distance” with “vision” for “sight”), submitted by an ordinary British man.

Major broadcast markets for television developed obviously more quickly than in rural areas.  By the late 1940s almost every major city in America was broadcasting television programming on a regular (though with a limited number of hours per day) basis. In Los Angeles in 1949, the fledgling station was KTLA.

“ . . . and We’re Live in . . . Three . . . Two . . . ”The media event for Southern California of 1949 began innocently with a toddling girl playing in a vacant lot. Kathryn Anne Fiscus was three years old (born August 21, 1945).  This adorably angelic little blond princess wore a pink party dress and cavorted in a field near her home with some other children (her nine-year-old sister and an older male cousin). And then she vanished from sight.

The town where Kathy lived, San Marino, was a suburb of Los Angeles due east of the city and just over the city line. Scattered throughout Los Angeles County were abandoned water wells, improperly capped, and many unused since the turn of the 20th century.  It was into one of the wells that Kathy dropped.  The little girl shot straight to the bottom of this 14” wide shaft of rusted corrugated metal, and came to rest where the metal sleeve bent away at an angle.  She was 94 feet from the surface.

Her sister and cousin ran for help and within hours the field crawled with media and rescue personnel.  Just as when Floyd Collins had become trapped in Sand Cave in Kentucky over two decades earlier, the print and radio media were on the scene early.  But there was a new kid on the media block who came along as well.  For the first time, an unscheduled live broadcast was thrown together by Los Angeles’ KTLA Television.  A broadcast vehicle was assembled hurriedly, and with cameras and other equipment they were on the scene soon after the word got out of the accident.

The field where Kathy had played on April 8, 1949, was partly fenced with a battered chain link barricade.  It was learned the well into which she had dropped had been dug (in 1903) by the very company where her father, David Fiscus, currently worked.  In one of life’s more sourly ironic moments, David Fiscus had recently testified before California’s state legislature about the hazards of the abandoned wells he knew existed in the county.  He thought they should all be exposed and properly capped and sealed with cement.  Many were open still or had flimsy coverings of wood or sheet metal tossed over them [It was never recorded what material, if any, covered the shaft Kathy fell in].

The media’s presence mobilized the community within short order.  KTLA’s coverage, as a first, was historic in its insight – the fact that a station manager had the presence of mind to spuriously send a crew live to the scene was prescient.

At first, Kathy was able to talk to her mother who yelled down to her from the top of the well sleeve.  A rope was lowered to the girl at about 6:30 PM.  Kathy managed to grab onto it, but after being pulled but a few feet her three-year-old’s hands did not have enough gripping strength to hang on to the top. Afterward, her mother reported hearing the girl crying and then the well was silent.

Credit: LA Times, Apr 1949Onlookers and volunteers poured onto the site.  Soon, there were several thousand people on hand.  Rescue construction crews arrived, volunteering drills, derricks, bulldozers, trucks, and three giant cranes, all from about a dozen towns nearby.  Thanks to the power of radio and television this small civil engineering army mobilized faster than imagined.  The Hollywood studios in town donated 50 Klieg lights so the crews could continue working as darkness fell. They intended to dig out the well sleeve bit by bit, widening it enough to get someone down to grab the girl.

Digging continued throughout the weekend.  There was no response from attempts to call to Kathy at the bottom of the well.  The sandhogs managed to dig down about 100 feet, and reached the spot where Kathy Fiscus lay on Sunday night, April 10, 1949 (over 49 hours after she had fallen). Three men went down; the first was a man named Bill Yancey.  Another was a doctor.  He grimly reported the girl was dead, and based upon what he had seen thus far, she probably had died shortly after her mother had heard her crying after the failed rope rescue.

The community’s grief was palpable.  When the doctor announced to the waiting throng of about 10,000 people his findings, people openly wept.  This had been a tense ordeal not just for the principals but also for the well-wishers who had hoped to cheer Kathy when she was brought back from the hole. Her cause of death was later concluded as drowning combined with a lack of oxygen (water was in her lungs, and there was standing water in the pipe).

Bill Yancey had stayed in the bottom of the rescue shaft with Kathy.  He was the last rescuer to emerge, and he brought Kathy’s body to the surface with him.  No one else had felt up to the task. The Los Angeles Times was all over this story, and the photograph of Bill Yancey coming from the top of the dugout well shaft bearing the blanketed corpse of Kathy was front page news across the US.

Credit: KWKH, 1949As Kathy’s tragedy unfolded in Los Angeles County, so too, did it air across the nation.  The whole country learned what was happening, as it happened, thanks to KTLA in Los Angeles.  Those cities where television broadcasting was widespread had a captive audience.  The historicity of this moment unfortunately has been overlooked, but the idea of one nation watching one event unfold carries a power with it, a power to actively engage and absorb an entire population.

Almost instantly, the nation grieved for this little girl.  A country singer from Louisville, Kentucky, named Jimmie Osborne wrote a song he recorded in 1949 called “The Death of Little Kathy Fiscus” [it can be heard on-line]. His record sold over a million copies, and though not supported by documentation it is believed he gave half his royalties to the Fiscus family.  The Country Queen, Kitty Wells, later recorded the song as did a few others.

Credit: Paramount Pictures, 1951Billy Wilder’s excellent 1951 movie (he wrote, directed, and produced the film) about media amorality, Ace in the Hole, referenced many elements from Kathy Fiscus’ story as well as Floyd Collins’ cave death.    Kathryn Anne Fiscus, the media sensation of 1949, was buried at Glen Abbey Memorial Park in Bonita, California.  Her simple flush-mounted headstone reads “One Little Girl Who United the World for a Moment”.

Credit: findagraveThe well where Kathy died lies on the grounds of what is now a high school.  Although it is securely capped, it carries no plaque or other monument to show anything significant happened there.

Credit: LA Times, Apr 11, 1949Warhol’s complete quote was a gibe directed at the medium; the kind of fame of which Andy Warhol spoke was not a good thing in his mind.  It meant the untalented, the pedestrian, the undeserving, and the absurd would all get their shining moment in the spotlight because of a poorly controlled populist medium.

KTLA’s historic field reports have been preserved and are available on-line for public viewing via several media outlets and in different viewing formats.  These crude broadcasts are almost surreal in their quality – it is a walk back in time to the birth of television journalism as it came to be defined.

Thanks to television, Kathy Fiscus got her fifteen minutes of fame and more.  It is unfortunate that this beautiful little girl’s tragic death is the thing for which she is remembered.  It would be worthwhile to think about her as the pretty young woman she never got to be, or the wife or the doctor or lawyer or mother, and not as just another “well baby”.

Scenes from the Kathy Fiscus tragedy 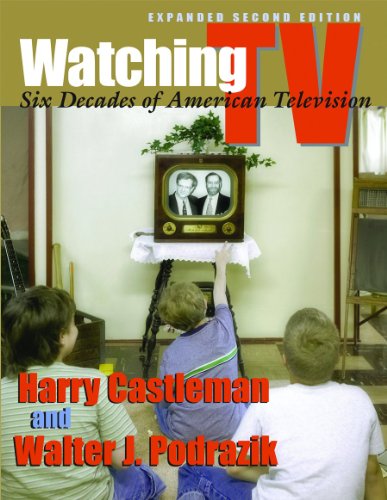