If you love to write and would like to make some money doing so, sign up to infobarrel today, so you can start earning cash for doing what you love. Rock on! Sign up now at the link below:  http://www.infobarrel.com/signup.php?ref_id=2544112
InfoBarrel is a writing platform for non-fiction, reference-based, informative content. Opinions expressed by InfoBarrel writers are their own.
InfoBarrel > History > Modern History

The eastern shore of Florida from Sebastian Inlet south to the southern tip of Martin County is called the Treasure Coast, mainly after gold from a 1715 Spanish fleet shipwreck began to be salvaged in the area in the early nineteen-sixties.

Such fleets of gold and treasure along the Florida coast attracted pirates in the days of sailing ships. Many of these pirates made names for themselves based upon their nefarious reputations and daring deeds.

Of all the many pirates that sailed Florida waters in the golden age of piracy (1650 - 1730) four of the most famous were Anne Bonny, Calico Jack, Juan Gomez, and Black Caesar. Much of their legends are embellished by myth and the lines between folklore and fantasy are often quite blurry when we begin to discuss real Florida pirates.

However, there is a great deal we know from reliable tales and persistent research and all of it makes for a fascinating part of the sunshine state's history.

Anne Bonny was born in 1700 in Ireland. Her father, William Cormac, was a successful lawyer and her mother, Mary Brennan, was the family maid. Cormac's wife discovered the affair and exposed the situation publicly, which caused the lawyer's career to suffer greatly.

Amid shame and scandal, the small family migrated to Charles Town in South Carolina. Anne's mother subsequently died, and Anne was raised by her father. She grew to be both beautiful and wealthy and was known for a volatile temper.

She eventually ran away with and married a seamen and known pirate named James Bonny. Fearing that James Bonny would try to steal his valuable land holdings through some rouse of his new marriage, William Cormac publicly disowned his daughter. It is rumored that Anne set fire to the plantation for revenge.

Anne Bonny then sailed to the Bahamas with James and made port at New Providence. In this island town she first met the charismatic pirate Calico Jack Rackham, who attempted to woo said newleywed. The ensuing love triangle found Anne Bonny annexed as stolen property (from her father being that she had eloped without his permission). Therefore, the authorities in New Providence sought to sell her to the highest bidder. Calico Jack offered to buy the damsel but James Bonny obtained a court order forbidding it. Calico Jack and Anne Bonny escaped together by stealing the fastest ship in the harbor, the Curlew.

Crewed by Jack and Anne Bonny and some of Jack's former pirate buddies, the ship preyed on vessels in Bahamian and Florida Keys waters and successfully sold much of their stolen treasure.

In a final battle with a Spanish sloop off of Key West, Florida, the Curlew was severely damaged and forced to seek port in hiding with a broken mast. The crew anchored the ship off Estero Island near what is now known as Lover's Key. The crew went on an expedition up the Estero River to find timber to repair her mast. 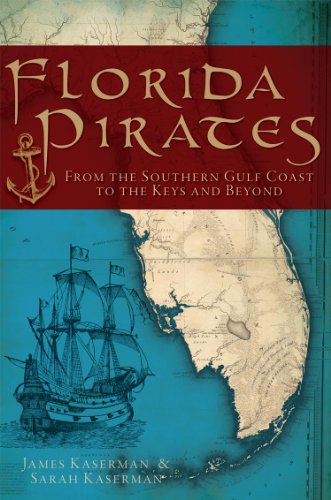 Florida Pirates: From the Southern Gulf Coast to the Keys and Beyond (The History Press) Amazon Price: Buy Now(price as of Mar 3, 2015)
The definitive guide to Florida pirates both feared and respected.

Much of what we know, or have heard, about the legendary Pirate King Jose "Gasparilla" Gaspar has come to us through the swashbuckling character and teller of tales, Juan Gomez. However, it must be noted, that the very existence of Gasparilla is in question and much of his legend is attributed to tall tales and local embellishment. For this reason, I have chosen to expound on the pirate Jose Gomez, whom we know to be an actual person.

However, there are many exciting tales, true or not, that surround the alleged life and exploits of Jose Gaspar. He has even inspired an award winning cookbook, of all things. While we may never be able to fully separate truth from fiction, I have chosen to center this article on verifiable Florida pirate lore.

Juan Gomez was born on Madeira, a Portuguese island, in 1778. After running away from home, he became a cabin steward on a French ship (which he subsequently deserted) and ended up sailing on the Spanish merchant ship Villa Rica.

Gomez contends that his ship was blown off course in 1801 and captured by the notorious pirate Jose Gaspar. The story tells us that Gaspar killed all aboard except for Gomez and several Mexican girls. Juan Gomez then traveled to Spain on orders from Gaspar to assassinate the Prime Minister, Manual Godoy. Gomez abandoned this charge and joined the French Army's Black Dragoons.

Gomez once again abandoned his post with the French Army and set sail for the next ten years as a crewman on a slave ship that sailed from Europe to South Carolina. In 1818 he was once again captured by the legendary pirate Gasparilla and spent three years in Boca Grande as a member of the pirate king's Pirate Confederation. It was during this time that Gomez claims to have witnessed the demise of Jose Gaspar at the hands of the American Navy.

In 1831 Juan Gomez became embroiled in a revolt against Spanish authorities in Cuba and fled to Saint Augustine where he lived for a number of years and saw the golden age of Florida pirates come to an end. He was eventually hired as a scout by General Zachary Taylor to serve in the Seminole Wars. He fought in the Battle of Lake Okeechobee on Christmas day of 1837 when he was fifty-nine years old.

A year later he left the service and set up a homestead on Cedar Key where he lived as a cowboy until moving to Panther Key when he was seventy-seven. He continued to sail and was known to be a man of strength and vigor well into his eighties and beyond. He was known to challenge and beat many younger men at contests of rowing or tree climbing. Many hopeful sailors and treasure hunters sought him out in later years to hear stories of buried Florida treasures.

Juan Gomez died while fishing in 1900. He was pulled overboard by a bottom-hung castnet and drowned in the Gulf of Mexico. He was 122 years old. 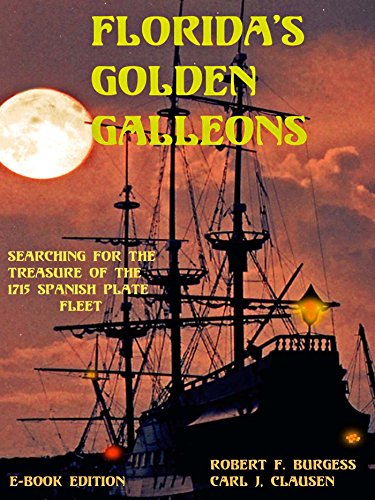 Black Caesar was an African chief born in the 1600s. He partook in selling slaves to slave merchants and became very wealthy. Eventually, as he learned of the great profit his customers were obtaining in the slave trade, he began to demand higher prices. One Spanish ship captain, annoyed by the increasing costs and demands of the chief, lured Black Caesar aboard with food, drink, music, and the promise of a night's entertainment.

Once aboard and lulled by feasting and drinking, the captain slipped away from port and took the chief and his party captive. It was the captain's intention to make a great profit by selling a captive African chief, and simultaneously ridding himself from the annoyance of doing business with the man.

However a hurricane allowed the chief and his one ally (a member of the Spanish ship's crew) to escape near the shores of Florida's Elliott Key in a longboat they were able to get away in before the ship sank. Black Caesar and his partner set up camp on a small isle near the channel between Elliott Key and Old Rhodes Key where larger ships would make passage into the inland bays from the Atlantic. The two men would row into the channel at the sight of an approaching ship and pose as castaways from a shipwreck.

Then, when the larger ship stopped to rescue them, they would ambush the crew at gunpoint and demand supplies and valuables such as gold coins or silver bars. Legend has it that the two collected a great cache of treasure that they buried on Elliott Key. Rumors of Black Caesar's buried treasure on Elliott Key persist to this day, although no such treasure has ever been found.

On one of their raids the Spanish sailor kidnapped a beautiful woman and brought her back to live on the island. Black Caesar eventually challenged his friend to a duel and killed him over the girl. After that, Black Caesar was forced to recruit more pirates and eventually had enough sailors and a ship that enabled him to take his piracy to the open seas.

Black Caesar preyed upon ships in the Florida waters often taking captives for ransom whom he held in a prison he built on Elliott Key. He was notoriously brutal and often left his own women and subsequent children, along with the imprisoned captives, with no provisions as he set sail pirating for long journeys. Many of the children were said to have escaped into the wilds of the island and lived off of native berries, fruits, and shellfish. They developed their own language and customs and were extremely adept at remaining unseen, which led to stories of the island being haunted.

Black Caesar set up outposts on Captiva and Sanibel Islands, where he allowed captive women to await their ransomed rescues. Sometime in the early 1700s Black Caesar joined forces with the notorious pirate Blackbeard. The two pirates sailed together on Blackbeard's ship, Queen Anne's Revenge, for nearly ten years. Together they captured ships and sacked settlements from Florida to the Carolinas until being captured by the Navy in 1718.

Black Caesar was taken to the colony of Virginia where he was tried and hanged for piracy. He refused to implicate or testify against any former shipmates, including the notorious Blackbeard. Although perhaps honorable in death, Black Caesar was known to be merciless and ruthless as a pirate warrior, and he is credited for first using the phrase, "dead men tell no tales." 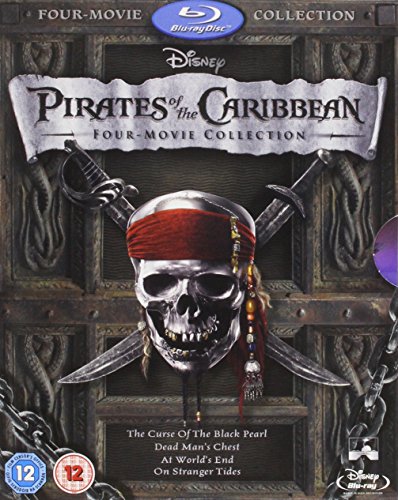 Pirates of the Caribbean: Four-Movie Collection [Blu-ray] Amazon Price: $51.99 $26.97 Buy Now(price as of Mar 3, 2015)
This is the entire Pirates Of The Caribbean four movie collection on Blu-Ray DVD. Get Curse Of The Black Pearl, Dead Man's Chest, At World's End, and On Stranger Tides all in one collector's edition set. "Yo-ho, Yo-ho, A Pirate's Life For Me!"

Florida has a colorful and intriguing past full of pirate lore, stories of buried treasure, and tales of heroic and infamous deeds. Four of the most famous real pirates to have sailed Florida waters include Anne Bonny, Calico Jack, Juan Gomez, and Black Caesar.

Each of these real Florida pirates has contributed to the legend of the sunshine state as a haven for buccaneers, bandits, and swashbuckling privateers. Legends of still-buried treasures persist to this day and many of the old stories have become indistinguishable from myth.

However, there was truly a time, from 1650 to 1730, when cursed pirates sailed our fair waters. They preyed on rich merchant ships and Spanish Galleons laden with gold. They sacked settlements and were held off by the threat of cannons at the fort of Castillo de San Marcos in Saint Augustine. They built their own pirate settlements at Boca Grande, Captiva, Sanibel, Elliott Key, and Key West. While their actions and lives may have been fueled by greed and violence, their free spirits and love of the sea have created a romantic history for Florida, and all who love pirate lore. 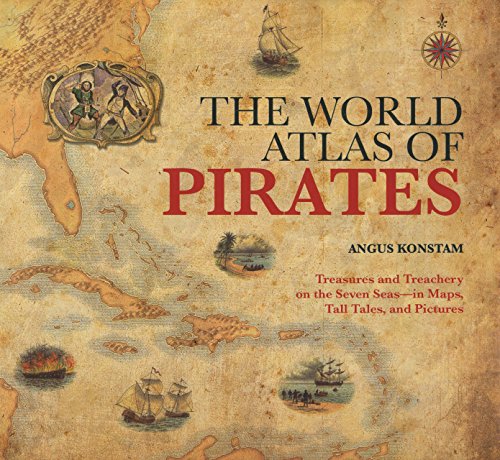 World Atlas of Pirates: Treasures And Treachery On The Seven Seas--In Maps, Tall Tales, And Pictures Amazon Price: $29.95 $19.19 Buy Now(price as of Mar 3, 2015)
Eighty beautiful historical maps, stunning pictures, and well-researched exciting tales tell the story of pirates, treasure, and adventure on the seas of the world. 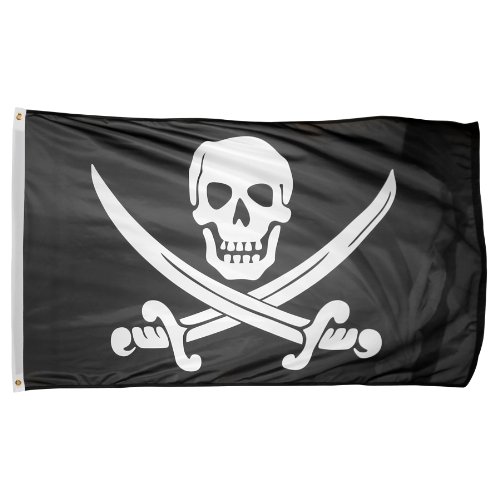