Lessons from Top Chef That Made Me A Better Writer

I’m a binge-watcher, and I am not ashamed to admit it. To me, writing seven hours a day in complete silence is my own personal hell. I like to keep something on while I’m working just so I can take breaks and kind of zone out to think about things. In terms of what show, the longer the series, the better for binge-watchers like me. However, it is also crucial that the show doesn’t demand engagement like Pretty Little Liars where you constantly have to be able to read those darn text messages. What better genre for long, only somewhat engaging shows than reality TV? However, instead of turning on the Real Housewives of Wherever, I enjoy competitive cooking shows because, you guessed it, I like to cook.

My recent binge was Top Chef. Across the 12 seasons I watch (the most recent not available yet on Hulu), I began to notice some trends. Not just character trends like the dickish characters go far or that nice girls and guys rarely win, but actual themes. Do you know what I realized? Apparently competitively cooking fine dining food and writing are not as different as you might think.

As a young chef might be excited to include 20 different ingredients in a dish or smother it in false flavor ala truffle oil, so, too, might a young writer be excited to toss around big, intelligent-sounding words and long, complex sentences.

Like with rustic-style food and Hemingway-style writing, sometimes simple is best.

When writing you want to get information or the message across to the reader, more than anything else. If you have your readers getting lost in the middle of a sentence or having to whip out their ol’ Miriam-Webster every paragraph to look up a flowery word, that message gets lost. Unless the writing is targeting it, it is not your job to expand your readers vocabulary as much as you can in one go. Let the words speak for your writing just as a good chef will let each ingredient in a good dish speak to your palate.

Cook Your Own Food

One overall theme in Top Chef is the “you gotta be you” schtick. Some challenges will task the chefs to copy classic dishes, but ultimately, to go the distance, you have to cook your own food. One good example is my all-time favorite chef from the show, Carla. She appeared i

n season five and again later in All-Stars, utterly romancing me with her great attitude, hilarious personality, and lovely fluffy hair. During her first run through the competition, she ended up in the middle during most challenges right up until the end when she began to shine. She began to separate herself from the pack by starting to cook her own food, working with flavors that she knew, and using that to execute the risk-taking in her cooking that made them great.

She returned fiercer than ever in All-Stars, cooking her style right from the get-go. Unfortunately, she made it to the end of the competition and ultimately lost both times, but the lesson is a great one.

Writing is all about finding your “voice,” which is about as vague of advice that any writer could give to another. However, if you try to copy another writer’s voice, it falls flat. You have to write your own way to let a piece of your relatable self to shine through and connect to the reader.

When I first started writing, I was ultra-self conscious about my grammar. I didn’t get particularly passionate about my English courses until my junior year in high school, so all previous classes I spent deeply entrenched in my own day dreams, absorbing knowledge like a raincoat absorbs water. Still to this day I probably couldn’t pick out the verb in any particular sentence.

However, I learned the lesson that grammar isn’t everything before I started watching Top Chef. Like classical technique in cooking, grammar in writing is important, but it isn’t everything. Correct grammar is there to make a message more readable just like technique is there to make food taste a specific way. However, sometimes you have to throw technique to the wind in order to make something truly creative, to provide innovation to the culinary world.

That is not to say my terrible grammar is doing anything to innovate writing, but sometimes you need to break the rules to clearly convey what you are trying to write.

“Layering flavor” is not only a big thing on Top Chef, but it is a big thing in cooking in general. To get a complexity of flavors and properly cooked food, you need to layer ingredients. Throwing ground beef, onions, and mushrooms in a pan at the same time may sound super easy and delicious, but it is kind of not. What you end up with is macerated, overcooked beef, soggy, barely cooked acrid onions, and mushrooms that live up to the “mush” in their name. It’s no good. You need to add the ingredients that need longer to cook in first and in an amount that doesn’t overwhelm all the other flavors of your ingredients.

When it comes to layering your writing, it is probably only really applicable when writing fiction. You need to establish your primary plotline first, and then subtly explore secondary and tertiary plotlines without drawing away from your primary story. Around the climax of your story, you need to have those plotlines start to meld together to give your readers that coveted “Aha!” moment where everything starts to make sense and pressing questions become solved. That “Aha!” moment is the same moment in a meal where all the ingredients in a dish come together to make a balanced, exciting dish.

Advertising Makes You Tons of Money

This last bit doesn’t make you a better writer, but it is a valuable lesson to take away if you want to make money by doing it online. If you watched the first season of Top Chef and the eleventh season, you’ll notice a striking change to the show – besides the addition of the lovely Padma Lakshmi.

Compared to early seasons, Top Chef became laden with blatant advertising, apparently reaching a fevered pitch in 2014. Certainly in the first season you will notice Glad plastic wrap strategically placed behind some of the chefs, but by season eleven, they had the host giving product pitches for all sorts of products before every quickfire challenge.

Reynolds Wrap, Healthy Choice Meals, Dunkin’ Doughnuts – they all had very specific spiels that you just know some marketing jackass wrote as well as played key roles in the challenges. It was more obnoxious than the show opener that had Padma saying, “Hail to the Chef” at the beginning of every episode during the Washington, D.C. season.

What to take away from this? If your blog/website/magazine gets popular enough, get yourself some sponsorship. Top Chef uses it to fuel their increasingly large prizes, and for a writer, it should go into your business as well. However, the sheer annoyance that it has become on Top Chef somewhat draws attention away from the cooking.

The lesson? Don’t be like Top Chef. Advertise, but don’t let it overshadow your writing. 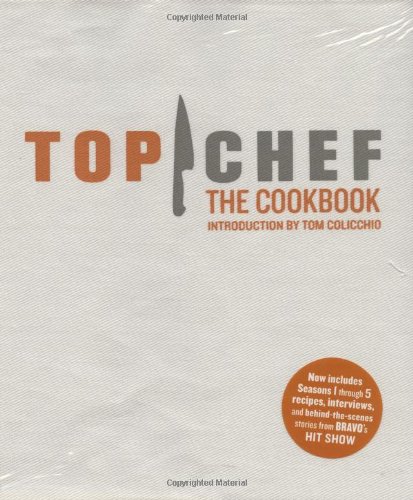