Check out my latest featured articles:   Best_Slip_Resistant_Shoes_for_ Women   Megaupload.com   How Much Do Ex-Presidents Make?   Fear and Phobias  Dating 101 for Men and Women Comic Book Catastrophes Prom Night Success Best 1990's Films How to Take Better Photos A Quick Guide to Scottish Food
InfoBarrel is a writing platform for non-fiction, reference-based, informative content. Opinions expressed by InfoBarrel writers are their own.
InfoBarrel > Lifestyle > Politics & Government > US Politics

It must be difficult to know what to do once you finally retire. Long days have to be filled and most people turn to travel, a sporting pastime or taking up a new hobby. For former presidents of the United States things are very different. They can look forward to continued social responsibilities, multi-million dollar book deals, highly paid speaking engagements, lucrative board membership on multinational companies and tax funded perks.

They are currently four living former presidents of America, George W Bush, Bill Clinton, George Bush Snr. and Jimmy Carter. Each of them still earn millions of dollars from a variety of sources  but how much money do ex-presidents actually make? 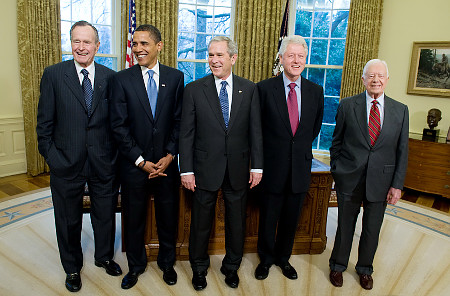 George W. Bush left office in 2009 after 8 years as 43rd president of the United States.

What's a guy to do to boost his pension? Well the first thing on the list for every ex-president is to write his memoirs. George W. released "Decision Points" shortly after leaving office and it went on to sell 2,653,565 copies in its first year. Considering that book royalties are around 15% of the cover price we can assume that old George netted around $10 million dollars for this.... and counting.

After the book's finished, and the obligatory appearances on Oprah and Fox to promote it, next on the list is a lucrative speaking tour. Latest figures show that up to mid 2011 Bush had given around 140 paid speeches and earned an impressive $14 million, giving an average pay of £110,000 per talk.

Together with huge royalties and speaking fees all former American presidents enjoy one other perk: tax payers money. In 2010 America paid nearly $4 million to keep former president in the life they have become accustomed to. Usually these fees are for offices, supplies and rent but does not include the secret service armed protection. George W. let the tax payers take care of his phone bill for 2011 that came to a total cost of $83,000. Geez George, I hope none of them were long distance.

Of course George W. did not just become wealthy after his presidency, he was sufficiently well off before his 8 year stint at the white house but with his increased earnings now, combined with his previous healthy bank balance it is estimated that this former president has a value of around $30 million. 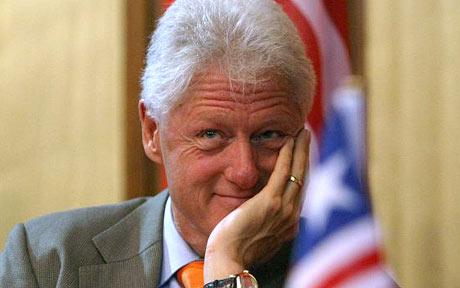 Well lets start with the pension, Bill has to scrape by with a presidential pension of $200,000 a year.
The obligatory book, entitled 'My Life' gave this former president a record $12 million dollar advance and that doesn't even include any royalties. With current sales of around 2,500,000 copies sold we estimate that the former governor has pulled in another $10 million in royalties at least. Throw this together with another title he penned, Giving: How Each of Us Can Change the World' total book revenue has to be around the $35 million area.
Well on to the speaking tour, final figures up to the end of 2009, nine years after leaving office, Bill Clinton had earned $65 million in speaking fees. This included $7.5 million for around 36 paid speeches in the year 2009 alone, bringing in an average of  $208,000 per speech.
Although this former president is raking it in he still has his hand in the public finance pot, taking $580,000 in tax payers money for office rent in New York.
Combine his income with his real estate and share portfolio ( this has to be disclosed and removed from a blind trust when Hilary ran for office) and he has an estimated net worth of around $80 million. When it comes to big business and close presidential ties there is no cozier relationship than that of the President H.W. Bush, and it started long before Bush got his feet under the desk in the oval office.

However Bush doesn't rake in as much as other former presidents as he is now not as active as he once was. He is now in his late eighties and  suffering from Parkinson's which has weakened his legs.

He, of course, wrote his memoirs All the Best, which continues to earn him modest royalties as well as some additional monies for speeches. In 2009 his son, George W. Bush, commented that his dad still earned around $50,000 -$75,000 in speaking fees and with George Snr.'s big business connections there will be many who are willing to pay.

It is important to note that George Bush Snr. was a millionaire before he even went into public office.

In 1951 with funding from his uncle and Wall street banker father  he founded an oil-drilling company called Zapata Petroleum. This lasted for twelve reasonably successful years until he sold his stake in the company, making his a millionaire and in 1966  became a congressman.

Later in the early eighties he purchased a 7 acre waterfront estate in Kennebunkport, Maine from his aunt. George managed to pay for the near $1 million dollar property in cash and didn't need to rely on a mortgage. With the increase in value and the improvement made the property which  is still owned by George Snr. and has an estimated worth of  $7 million to $8 million.

When you're a former president it's funny how many great opportunities just fall into your lap. In 1998 Bush gave a speech in Japan for a telecom company Global Crossing. They offered Bush the chance to be paid in stock rather than his $80,000 speaking fee. Bush accepted this proposal and the stock went on to climb to $9.50 a share and an estimated worth of around $14 million for bush. Not bad for a days work.

It is estimated today that George H.W. Bush has a net worth of around $35 million.

It is common knowledge that when Jimmy Carter, the 39th President of the United States, left office in 1981 his finances were a disaster. According to sources close to the president President Carter found himself more than $1 million in debt.

Now $1 million to other ex president is just peanuts and that was exactly the cause of Carter's problem: the family's peanut business. During his one term in the Oval office the farm had ran up large debts and these were now the responsibility of the former president.

Carter decided to get out of the peanut business and sold the farm which halved his overall debt. However Carter needed another source of income and decided to release not one book but 14 books over the next 18 years. His income from royalties and advances varied considerably with the highest advance believed to be around $400,000.

Unlike other former presidents Carter refuses to pander to big business and does not sit as director on any boards. Now almost in his nineties this ex-president earns a pension of around $200,000 and is a professor at Emort University that also earns him $100,000+ annually.

Although this former peanut farmer has sat in the White house his attitude to money is still grounded on the farm and his childhood. President Carter lives in a modest house that he's lived in for years in Plains, Ga and makes his own wine and furniture.To say that President Carter is frugal would be an understatement.

Today Carter has a net worth of around $7 million dollars and that figure isn't peanuts.