Hailing from the North-West of England, Liverpool FC are one of the most successful teams from English soccer, both in domestic competitions aswell as against the best in European football.

Famous for playing in it's all red kit, the club was formed in 1892 and ever since then has played its home games at Anfield, a 45,500 seter stadium in the north of the city. Similar to a number of other English Premier League clubs, they are currently owned by an American sports investment company, Fenway Sports Group who also own Baseball's Boston Red Sox.

The team's most prolific period was during the 1970s and 1980s when they were the most feared team in England, during which they won the League title a staggering 11 times, the FA Cup 3 times, the League Cup 4 times and, most impressively, no less than 7 European trophies.

In 2005 they added to their 4 European Cups, the Premier European soccer tournament reserved for only the best teams from all of its leagues to compete in, they already had in their trophy room by winning the competition for a 5th time (by now renamed as the UEFA Champions League) . The prestigious honour of being allowed to keep hold of the trophy is bestowed on any team winning the title 5 times, a feat only completed by 2 other teams in the history of European soccer. This 5th honour also established Liverpool as being currently the third most successful team in Europe in this elite competition, being bettered only by Spain's Real Madrid and their 9 victories, and AC Milan of Italy's 7 victories.

In what was to be the last game of Anfield favourite Kevin Keegan's Liverpool career, the West German side were swept aside in style. Goals from Terry McDermott, Tommy Smith and Phil Neal, with a solitary reply from World Footballer of the Year Allan Simonsen, saw Liverpool complete a trophy double that season after also winning the English League.

A beautifully worked goal, a nicely weighted lob by Kenny Dalglish from a through ball by defender Graeme Souness, was the only one of the game but was enough to win the final and see Liverpool win back to back titles in Europe's premier club competition. What made the victory even sweeter was the match was played at the home of English football, and helped cement the 1970s as one of the greatest era's in Liverpool Football Clubs history.

Goal hero Kenny Dalglish had no intention of letting that trophy out of his sight!

Another slender victory and this time it was a late goal from defender Alan Kennedy with just 9 mins left to play, which gave Liverpool the victory over the Spanish Champions in Paris. Not only did this triumph mark the 5th season in a row that an English side had won this competition but it was Liverpool's third, making gaffer Bob Paisley the first manager ever to win the title on 3 occasions with just one club.

The confidence in Liverpool of returning to the scene of their first European Club Champions victory for what would become their 4th final in 8 years, was only matched by that of their Italian Champions who were playing this match at their home stadium. An early lead for Liverpool was cancelled out just before the interval and saw the game head to penalties - this was the first time the final would be decided this way. However it was the pressure of expectation on the home team which was to decide the outcome of the spot kicks as Liverpool clinched the title. 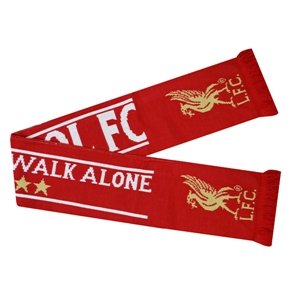 Well touted as possibly one of the best European finals ever played, this game showed perfectly how sheer dogged determination of the underdog can always overcome a more technically gifted team. At half time AC Milan, went into the changing rooms leading 3-0 over an abject Liverpool side. Liverpool fans will discuss for years won't exactly happened and what was said during that 15 minute break, as the English side came back out onto the pitch and carried out one of the greatest comebacks of all time. Near the beginning of the second half, the Reds scored 3 quickfire goals within a period of just 7 minutes, to draw the game level, and onto extra time and then penalties. Nerves got the better of the Italians and Liverpool went on to collect their 5th title in this competition.

Captain Steven Gerrard lifts aloft the trophy to celebrate one of the greatest comebacks soccer has ever witnessed.

AC Milan were to have revenge though as just two years later, at the OAKA Spiros Louis Stadium in Athens (GRE) they were to meet Liverpool again in the final but this time they had learned their lesson and ran out eventual 2-1 winners. This was only the second time that Liverpool were to reach the final of this elite competition and then taste defeat at the last hurdle. In May 1985 they met Juventus of Italy at the Roi Baudouin Stadium, Brussels (BEL) and were beated 1-0 by the side from Turin. 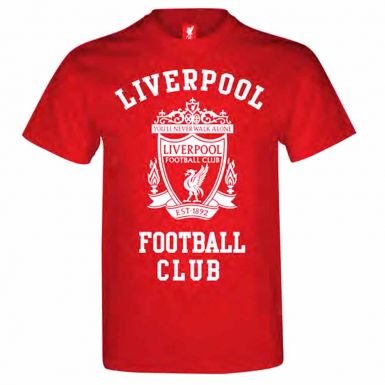