Find the best love songs by Luther Vandross and Teddy Pendergrass on Amazon. Follow me on Twitter! Write for InfoBarrel Today!
InfoBarrel is a writing platform for non-fiction, reference-based, informative content. Opinions expressed by InfoBarrel writers are their own.
InfoBarrel > Entertainment > Music

What does it take to be the absolute best in the music industry? For a singer, specifically a soloist, perfect pitch and strong fundamentals are a good start, but it takes much more. To be considered the best at anything takes talent, hard work, and a "gift." Luther Vandross possessed all three, and when it came to the love song, he was the ultimate vocalist. The ideal combination of smooth, silky, and sexy, infused with a superb vocal pitch and a magnificent range, that was the one and only Luther Vandross. His velvety smooth voice captured every last bit of romance and intimacy in the songs he sang. He was the ultimate crooner and there will never be another quite like him.

"I need to have you next to me, in more ways than one and I refuse to leave till I see the morning sun . . . The time is right, you hold me tight and love's got me high. Please tell me 'yes,' and don't say 'no,' honey, not tonight. Move a little close to me, you owe it to yourself and I will selfishly take a little for myself and it’s because of you that love won't let me wait. . . ." (Lyrics from the song "Love Won't Let Me Wait" - "Any Love" CD)

For some, speaking the language of love is difficult, for others it comes quite naturally. Such was the case for Vandross, he had a tremendous talent for singing the slow and sultry love song. His ballads were filled with passion and romance, and he never resorted to offensive vulgar lyrics. His songs always spoke the language of love.

"I used to be afraid that you were never going to love me this way, but I feel better now. No one could ever say to me it's such a shame you're a lonely guy because your love is mine. And now we know our love is ever so true I think we know it cause you feel the way I do. I can't imagine me without you my dear and I'm so glad about the reason that you came here. Because it's love, because it's love, because it's really love." (Lyrics from the song "Because It's Really Love" - "Give Me The Reason" CD)

Although Vandross first came on the music scene with the fast paced tune "Never Too Much," he really hit his stride with the slow love song. These slow jams ignited and reignited the passion in many relationships. His love songs were the crème de la crème by which all other romance ballads were measured.

Credit: Luther Vandross CDNever Too Much

The public got their first taste of the music of Luther Vandross in 1981 with the release of his debut album "Never Too Much." It contained one of his most memorable love songs "A House is Not a Home," written by Burt Bacharach and Hal David. Vandross never looked back and went on to release a series of successful albums.

"I thought sometime alone was what we really needed.  You said this time would hurt more than it helps but I couldn't see that. . . . So I left the one I loved at home to be alone, and I tried to find out if this one thing is true, that I'm nothing without you. I know better now and I've had a change of heart. I'd rather have bad times with you, than good times with someone else.  I'd rather be beside you in a storm, than safe and warm by myself. I'd rather have hard times together, than to have it easy apart, I'd rather have the one who holds my heart." (Lyrics from "I'd Rather" - "Hidden Gems" CD)

Vandross received his first Grammy Award for "Best Male R&B Vocal Performance" in 1991. He went on to win eight Grammys and sold over 25 million albums. He helped Aretha Franklin make an award-winning come-back with her album "Jump To It" which Vandross produced in 1982. In 1997 Vandross was asked to sing the National Anthem during Super Bowl XXXI.

Credit: Luther Vandross CDA House is Not a Home

Luther Vandross suffered a stroke on April 16, 2003. Two years later on July 1, 2005 he died of a heart attack at the age of 54. The music world,  his fans, and everyone was stunned and deeply saddened. In late 2005 a group of his close friends got together and released a CD titled "So Amazing: An All-Star Tribute to Luther Vandross." Artist on the CD included Patti LaBelle, Aretha Franklin, Stevie Wonder, and the late Teddy Pendergrass and Donna Summer.

"Always and forever, each moment with you is just like a dream to me that somehow came true. And I know tomorrow will still be the same cuz we got a life of love that won't ever change . . ." (Lyrics from "Always & Forever" - "Always & Forever The Classics" CD)

The first time I heard a love ballad sung by Luther Vandross I was in awe. In that instant I became his "number one fan." For me, he was by far the best at what he did . . . the slow and sultry love song.

Although Luther Vandross is gone, his music remains and is timeless. His songs will always remind everyone, especially those in love, of his tremendous talent, heart and soul.

Enjoy All Your Favorites, Over and Over, and Over Again! 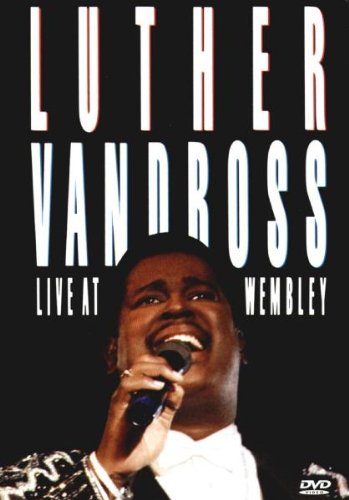 Find Information on Other Artists