William 'Billy' Mitchell was born in France in 1879, Douglas MacArthur was born in Little Rock, Arkansas in 1880. Both men were members of powerful political families. Mitchell's father, John L. Mitchell, was a Wisconsin State Senator before joining the U.S. House of Representatives and the U.S. Senate and his grandfather, Alexander, was President of the Chicago, Milwaukee and St. Paul Railway and a U.S. Representative. MacArthur's father, Arthur MacArthur, Jr.; became a Medal of Honor recipient, Military Governor of the Philippines and a Lieutenant General in the U.S. Army. His grandfather, Arthur MacArthur, Sr.; was Lieutenant Governor and briefly Governor of Wisconsin before becoming a Wisconsin Circuit Court and U.S. District Court judge.

Mitchell and MacArthur grew up in and near Milwaukee, Wisconsin. During the American Civil War, both of their fathers had served with the 24th Wisconsin Volunteer Infantry Regiment of the Union Army. Their paternal grandfathers had been friends even before that.[1] Billy and Douglas would become lifelong friends.[2] Douglas even dated one of Billy's sisters.

During World War I, MacArthur suggested that a separate division be created that was made up of different non-divisional National Guard units from several states.[3] Though officially called the 42nd Infantry Division, it has become more popularly known as the 'Rainbow Division'. Reportedly the name was also inspired by MacArthur. He would become the division's chief of staff. The 42nd Division would help fend off Germany's Champagne-Marne Offensive and would take part in the Battle of Saint-Mihiel and the Meuse-Argonne Offensive. For his part, MacArthur was promoted to Brigadier General (the youngest ever) and was on multiple occasions awarded the Distinguished Service Cross, the Silver Star Medal and the Croix de guerre of France, to go along with an Army Distinguished Service Medal and a membership of France's Legion of Honor with the rank of Commandeur. After its creation in 1932, he was retroactively awarded two Purple Hearts for his service in World War I, including the very first of the medals to be given out. MacArthur himself had authorized the award and insisted upon receiving the first one.

Having become a pilot, Mitchell became the first American officer to fly over German lines during the war. Later, he would plan and lead a great deal of the air phase of the Battle of Saint-Mihiel. Mitchell was one of America's top airmen and was temporarily given the rank of Brigadier General, the first of multiple times this would happen. He would be considered the best-known American in Europe.[4] Mitchell was a key figure in the newly-created United States Army Air Service. He was the first American to receive the Croix de guerre. His other accomplishments include receiving the Distinguished Service Cross, the Army Distinguished Service Medal and the rank of Commandeur in the French Legion of Honor.

Shortly after the war's end, MacArthur was named Superintendent of the U.S. Military Academy. Later, he was sent to the Philippines and became the youngest Major General in the Army.[5] In 1925, he was transferred to Fort McPherson.

In 1920, Mitchell was appointed Assistant Chief of Air Service. His outspoken positions about the future of the military would put him in a point of contention with several of his colleagues. Mitchell's stated views that air power would surpass sea power and that the Air Service would become America's first line of defense put him at distinct odds with a number of top officials of the U.S. Navy. In an effort to prove his point, Mitchell organized series of demonstrations that resulted the the sinking of several sea vessels. The results of the demonstrations had swift ramifications and caused a great deal of tension and concern among politicians, military figures and the general public. Charles T. Menoher, Chief of the Air Service, resigned as a result.

In 1924, Mitchell appeared before the Lampert Committee of the U.S House of Representatives. During his appearance, he severely criticized the leadership of both the Army and the Navy. Also that year, Mitchell was sent on an inspection tour in Hawaii and Asia and his ensuing report included a prediction that Japan would make a surprise attack on Pearl Harbor.[6] His term as Assistant Chief of the Air Service expired the following year.

In September of 1925, the Navy's first zeppelin, the USS Shenandoah, crashed in Ohio. Three seaplanes it was carrying were also lost and fourteen men were killed. Mitchell released a statement featuring a harsh critique of Army and Navy leadership, including his view that their handling of national defense was 'almost treasonable'. As a result, he was charged with violation the controversial 96th Article of War.

The ensuing trial received significant media coverage. It has been viewed as being 'rigged' in order to remove Mitchell from active service.[7] None of the judges appointed were experienced in aviation and three of them, including the original presiding judge, were removed for bias following challenges by the defense. A judge that was not removed was Mitchell's old friend, Douglas MacArthur, who would describe the assignment as 'distasteful'.

Among those testifying on behalf of Mitchell were Eddie Rickenbacker, Henry Arnold, Carl Andrew Spaatz and New York City Mayor Fiorello H. La Guardia. Despite public opinion supporting him, Mitchell received a guilty verdict. He was sentenced to a five-year suspension from active duty without pay. U.S. President Calvin Coolidge would later change it to half-pay. Mitchell chose to resign soon after.

Perhaps not surprisingly, according to reports the only 'not guilty' vote was cast by MacArthur. He was apparently of the opinion that officers should not be punished for 'being at variance' with their superiors and the accepted views. Even still, some supporters of Mitchell felt that MacArthur was disloyal to him, and the hostilities would last for years. In his defense, MacArthur would argue that he did what he could on Mitchell's behalf and that he saved him from outright dismissal. He would also criticize the 'violence' of Mitchell's language, but praised the ideas behind it. A movie based on the events was released in 1955 in which Mitchell was played by Gary Cooper and MacArthur by Dayton Lummis.

In retirement, Mitchell would counsel future U.S. President Franklin D. Roosevelt on creating a separate military branch devoted to air power. Suffering from a bad heart and severe influenza, Mitchell died in 1936 and was buried in Milwaukee. Roosevelt, who was by then President, posthumously promoted him to Major General and petitioned the U.S. Congress to award him the Congressional Gold Medal, which it eventually did in 1946. Mitchell's first cousin, George Croil, was a pioneer of Canadian military aviation, playing an instrumental part in the creation of the Royal Canadian Air Force and becoming its first Chief of the Air Staff, holding the rank of Air Marshal. The United States Air Force was created in 1947, which Mitchell was often been referred to as the 'father' of.

MacArthur became Chief of Staff of the Army in 1930 with the rank of General. Afterwards, he supervised to creation of the Philippine Army, in which he was given the rank of Field Marshal.

World War II and beyond

Prior to U.S. involvement in World War II, MacArthur was a candidate for the Republican nomination for President of the United States in 1940. In 1941, President Roosevelt federalized the Philippine Army and recalled MacArthur to active service in the U.S. Army as a Major General. He would assume command of the newly-created U.S. Army Forces in the Far East, based in the Philippines, and was promoted to Lieutenant General. Made up largely of untested Filipinos, the USAFFE was unable to hold back the Japanese and the remaining members were ordered the evacuate to Australia. MacArthur would famously promise the he would return. Even after the forced evacuation, MacArthur was awarded the Medal of Honor, making he and his father the first father and son to both receive it.

In Australia, MacArthur was named Supreme Allied Commander of Allied Forces in the Southwest Pacific Area. Following the New Guinea Campaign, the successful retaking of the Philippines began. In 1944, he was again a candidate for the Republican nomination for President. Towards the end of the year, MacArthur was promoted to General of the Army. Shortly before the war's end, he was named Supreme Commander for the Allied Powers. On September 2, 1945, he accepted Japan's formal surrender aboard the USS Missouri, officially ending the war. He would play an active part in the rebuilding of Japan.[8] In addition to the Medal of Honor, other awards MacArthur received for his World War II service include the Army and Navy Distinguished Service Medals and the Air Medal. He made another attempt at the Republican nomination for President in 1948.

Billy Mitchell's son, John, was a First Lieutenant with the 4th Armored Division of the Army. He died in 1942. Billy's sister, Ruth, was a reporter who was the only woman to serve with Serbian ant-Axis forces. She was taken as a prisoner of war before being released in a prisoner exchange.

During the Korean War, MacArthur's disputes with U.S. President Harry Truman would lead to Truman's dismissing of him in an extremely controversial move. After his retirement, MacArthur counseled President Dwight D. Eisenhower on ending the Korean War and advised Presidents John F. Kennedy and Lyndon B. Johnson to avoid major military action in Vietnam. His nephew, Douglas II, became U.S. Ambassador to Japan, Belgium, Austria and Iran. MacArthur died in 1964.

Several tributes have been made to both men. Among those for Mitchell was the naming of the North American B-25 Mitchell airplane and General Mitchell International Airport in Milwaukee. Tributes to MacArthur include various locations named after him in the U.S. and the Philippines. 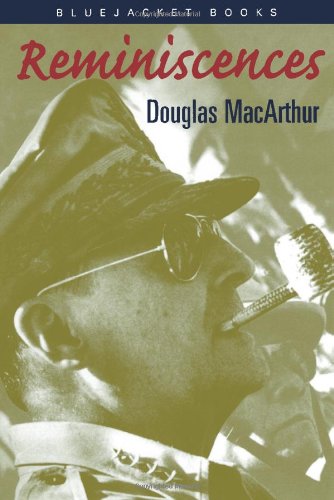 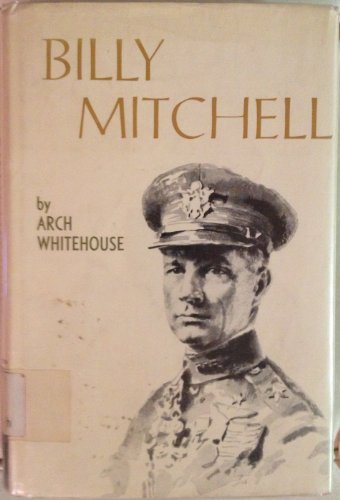 Billy Mitchell Amazon Price: Buy Now(price as of Jun 15, 2016)
Next >> 10 of the Most Bizarre and Horrific Torture Techniques From History