As a budding writer, i'm just starting out sharing my many experiences and hints and tips in life with you guys on Infobarrel. Feel free to comment and check out my other articles! Thanks   Triaba Panel - Paid online surveys in the US, Canada, UK, Europe and Asia.  Go to Triaba.com for further details.
InfoBarrel is a writing platform for non-fiction, reference-based, informative content. Opinions expressed by InfoBarrel writers are their own.
InfoBarrel > Technology > Internet

"Make Money With No Effort"

We would all love to have more money, of course we would - it's human nature. Whether it be for a better summer vacation, a nicer car or a bigger house, to spend that bit more on our kids and families during the holiday season, or simply to save money away for one of life's emergencies or even to donate to charities and some other worthwhile cause. Anyone would be a fool to turn down the oppurtunity of having more money from no effort - and unfortunately that is exactly the way in which so many people get sucked in by online scams and false money making schemes that promise you riches beyond belief.

So we've all seen the claims of someone earning $20,000 per month simply for doing  a few hours work a week, but lets be honest, the people genuinely (and legally!) making this kind of money are very few and far between. Those that do have invested all the time and energy they possibly could during the early days in order to build their business up to a level which would then allow them to live off these massive profits now.

The honest, truthful and realistic version for many people hoping to make money online is to now re-read the sentance "making money for no effort" as "making a little extra money for a little extra effort".

So Why Triaba Panel?

Triaba is a Norwegian company who operate online surveys in 21 different countries worldwide, with over 63,000 panel members who complete surveys monthly. Registered members of the American Marketing Association, they operate in the United States as well as in Canada, Australia, Great Britain, most of Europe and parts of Asia.

The subscriber registers as a panel member on the Triaba Panel website (details of which are above in the blue signature box), and then asked to complete a number of questions (ranging from which beverages the household regularly consume to how much time a week is spent playing video games), how many polls to take part in is also requested which tailors how often invites for  surveys are emailed.

Each survey completed can take 5 to 30 minutes, and with the length and detail of information required determining how much is paid. Being notified in advance the rate to be paid for the survey allows the user to decide whether it is worth their effort but payment can range from 50 cents for a quick simple piece to $5 or more for a more detailed questionairre. This payment is then credited to an account with Triaba Panel and then upon reaching a set level, it may be withdrawn into a specified PayPal account. This amount is set at a level that could be met from just two or three average surveys.

If you are looking for a method to see instant results and to make you millions, then this is not for you, but if you are prepared to put a small amount of effort in to gain some reward then it could be something that is worth you investigating further.

This is not a website you could expect to make any serious money off due to how little you are invited to participate in surveys (a couple of times a week for me) but i guess that shows that you don't get hassled by surveys on kids tv programmes for example when there is no-one under the age of 16 in your home. It can be frustrating at times, to get a couple of questions through to then be told you don't fit the target panel market that survey is for, although often after being rejected for one, you are invited to another that could be more suitable.

If you work out how much you would get paid as an hourly rate through this then the amount is not going to blow your bank balance away, however only having to build up a few dollars of credit before taking the money you have earned out is a massive bonus. Some online poll and survey sites I have since looked into have paid similar amounts for your time, but you have not been allowed to withdraw the money until after say $50.

Having an email popping up inviting me to take a 15 minute survey when i'm on my computer working away, is often a welcome distraction and gives me a break during which I can still be earning money.

I guess the secret to making mega-bucks online could be to do lots of little things that amount to a giant monthly payment for you to enjoy. If you can spare the time, then his website may be just one way of topping up that amount.

If you have had experiences with Triaba Panels or any other online polls or even any other ways of making money similar to this then i'd love to hear about how you've got on - both good and bad, so please share below. 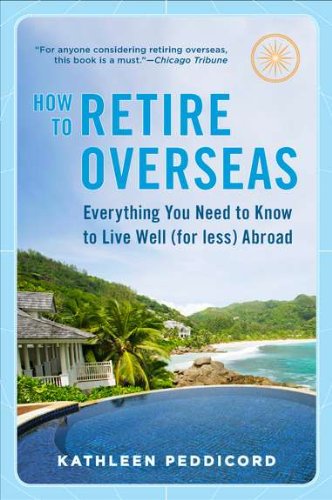